Epic Games are continuing to slap on a thick coat of cash to smooth over problems with their substandard store, now announcing money is their solution to discontent over crowdfunded games such as Shenmue III becoming Epic exclusives. For games whose crowdfunding campaigns offered keys for the game on a specific store before the game became a timed Epic exclusive, Epic now say, they'll either arrange keys for the promised store or pay for refunds. I do think people are making mountains out of molehills, but I'm told that's what the Internet is for. And goodness me, have Epic bought the Thompson Hillsquisher XR300, the 'Silver Sentinel'? Complete with the optional racing stripes, saddlebags, and pewter bell?

The original PC plan for Shenmue III laid out on Kickstarter was just "a digital copy" or "a physical copy", a plan which developed into a Steam release and settled there for a long time. Then Epic came along flashing cash and offering a larger cut of sales than Steam offers, and publishers Deep Silver jumped ship for a year-long exclusivity arrangement. The Epic Games Store having caused more furore than any digital store launch since Steam, some backers were displeased by this change. Seems a fair few are more keen to not support Epic than they are to play Shenmue III. All of which raised a stink big enough for everyone involved to chime in and for me to post about.

Developers Ys Net say they had tried to get Steam keys available to backers who wanted them on launch day but "coordination with the sales policies of the involved companies was untenable." Steam keys will come when the game hits there a year later. They're also offering to let backers have a PlayStation 4 copy instead of PC. And no, getting the physical PC release isn't a workaround because the disc "will contain the Epic Games Store installer and not the actual game data" (same as many big-budget games on discs these days). Or backers can just get a refund, which Epic are helping with.

"Epic is funding the cost of all Kickstarter refunds resulting from Shenmue III's move to the Epic Games store, so that refunds won't reduce Ys Net's development funding," CEO Tim Sweeney tweeted yesterday. And for the next crowdfunded game they buy up, and the next?

"When future games go Epic-exclusive after offering crowdfunding rewards on other PC stores, we'll either coordinate with colleagues at the other stores to ensure key availability in advance, or guarantee refunds at announcement time," he added in a follow-up. 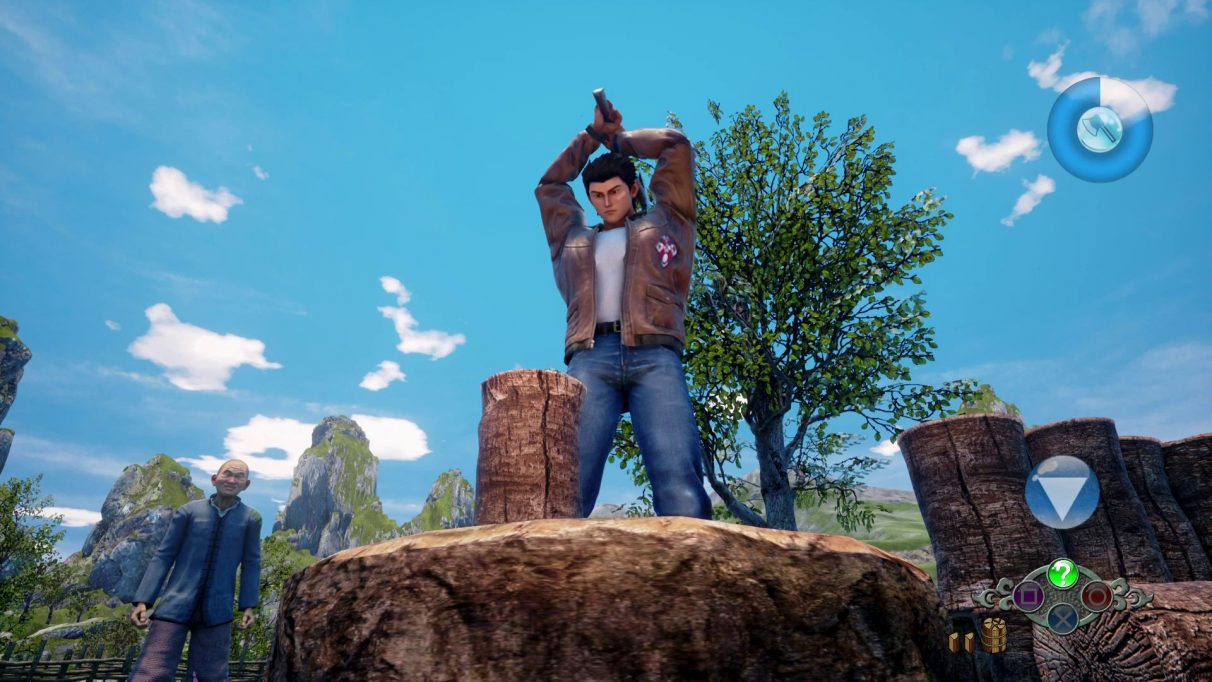 It remains wild to me that Epic are putting so much money into their Store's catalogue when its site and software are still so lacking (with many improvements behind schedule). I know the catalogue is the main thing the Store has going for it so what else are they going to do, but sheesh. While it sucked when Valve pulled this 15-odd years ago with Counter-Strike and Half-Life 2 on Steam, at least then we didn't have 2019's Steam or Itch.io or GOG or Humble as points of comparison. It doesn't even show release dates!

November 19th is when Shenmue III will hit the Epic Games Store, I'll tell you if they won't.

My main complaint about Epic paying for exclusives is that their selection is so safe, so conventional. Drop novelty jumbo cheques on weirdos who could really use them, you cowards. From the Medicis to the Sacklers, patronage of the arts is a time-honoured method for cleansing one's public image. C'mon, do it. Do it, cowards. I dare you. Do it.