When EVE Online starts throwing the big space-bucks around, it's usually because two or more interstellar empires came to blows. Colossal battles demolishing entire armadas, grand acts of subterfuge that leave once-thriving corporations penniless. But after player-built Citadels started falling into disrepair last week, pilots are making serious bank by scrapping neglected stations - with one scavenger netting a tidy 4 trillion ISK after digging up some of New Eden's rarest goodies.

For years, Citadels provided a safe haven for wealthy players and corporations. A place to store your ships and secure your valuables in even the most dangerous corners of deep space. That all changed with last week's Forsaken Fortress, an update that left stations ripe for plunger if left unpowered for over a week. In the days following the update, many Citadel owners scrambled to secure their assets - keeping the fuel tricking into Citadels they could afford to keep, or else jettisoning their stash to safer vaults.

But with thousands of player-built structures littering New Eden, plenty of stellar warehouses have simply been left to rot. As RPS fanzine PC Gamer reports, scrapping these stations has become a lucrative hustle - particularly in the case of Sulley, who cracked open one of EVE Online's biggest ever loot hauls. 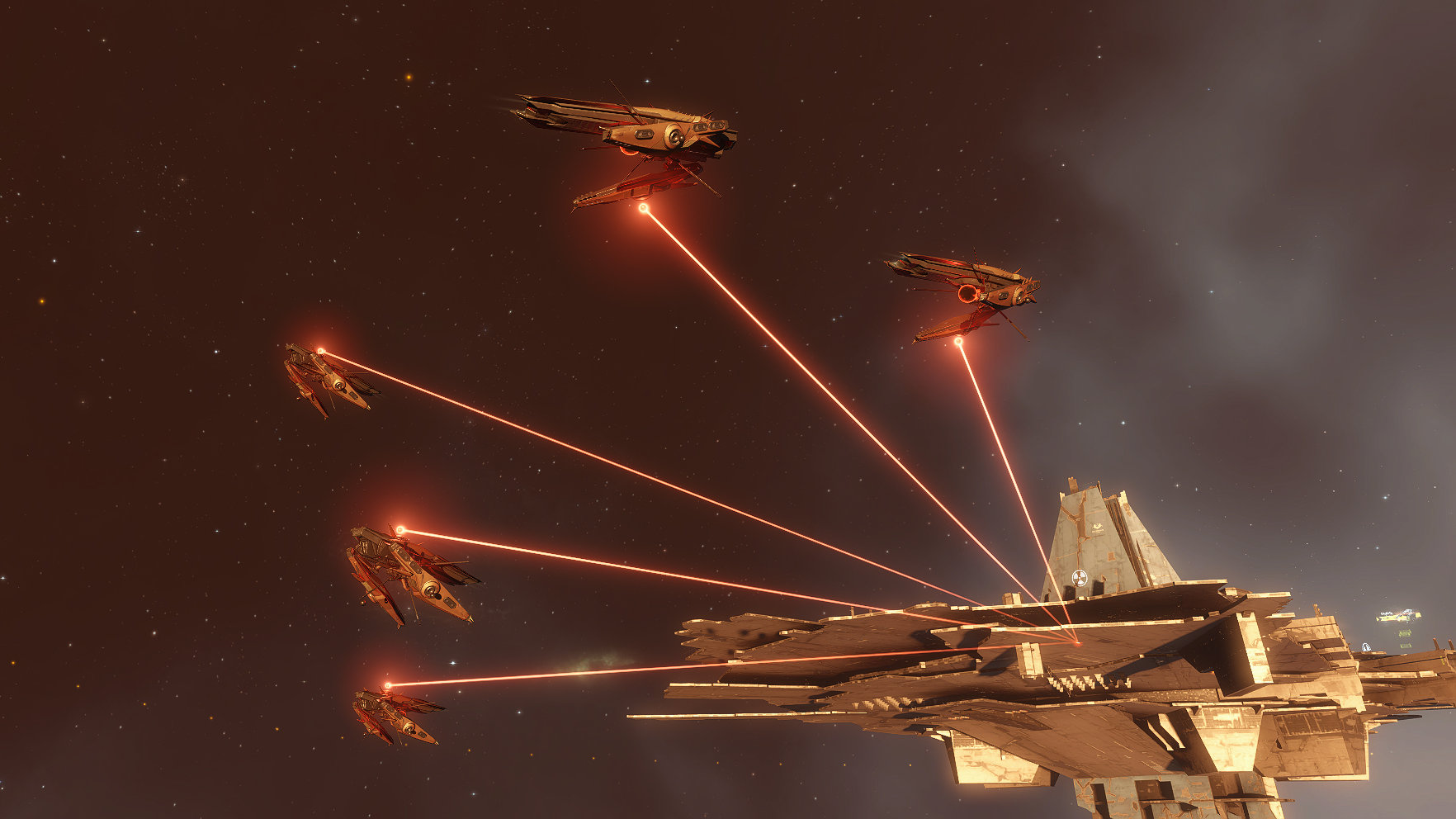 Not that he'd have guessed at first, mind. Sulley had been preparing for months - training up a fleet of characters to act as his wrecking crew, founding his own corporations and issuing war declarations to targets to make sure his demolition work didn't attract the attention of NPC space cops. He'd even stash items at potential targets, ensuring the game would notify him whenever a Citadel was at risk of entering an abandoned state.

Located in Hi-Sec space, Future Tech Industries' tiny Engineering Complex probably didn't seem notable. Maybe less so when the station only let out a single loot canister, rather than the dozens you'd come to expect from this line of work. As it happened, though, that one small canister was punching well above its weight. "I took a look and realized there were over 9,100 items in the can," Sulley told PC Gamer. "I thought it was more like 223 billion ISK."

That figure wasn't even close. Nestled within that haul were 23 Tier-2 Blueprint Originals - recipes for manufacturing ships, weapons, materials, whatever you fancy. While Tier 1 BPOs are plentiful, CCP stopped releasing new Tier 2 variants years back, and they've rapidly become sought-after collector's items. There isn't really an upper cap on how much folks'll pay for them, either. So far, Sulley has bagged roughly 3.9 trillion ISK worth from shifting these BPOs - with a couple more still to move.

Because EVE Online lets you buy subscription time with in-game currency (and in-game currency with real-world cash) via PLEX, you can roughly wrangle a £48,000 ($60,000) figure from Sulley's haul. Even if you can't actually cash out that real-world value, a trillion space-bucks is certainly enough to set Sulley and his crew up for the rest of their EVE careers.

Sulley does admit he's in "mixed minds" about smashing and grabbing from other players, mind. "On one hand, redistributing old assets allows for existing players to be more engaged and to enjoy the game more, like myself and my corpmates. But also there's the fact that one group of players just lost an enormous amount of wealth, if not all of it."

Still - it's not like those BPOs were doing anyone any good cooped up in storage. What's a little wealth redistribution to EVE Online's cut-throat space capitalists, anyway?