This Saturday, hundreds of classic EverQuest players plan on flooding one of the game's servers in protest of the lack of a vintage PvP server. The 21-year-old MMO still has a pretty thriving community, including several servers running older versions, but the game currently has just one official PvP server and it's on modern EverQuest. This means anyone who wants a classic PvP experience needs to use private community-run servers. But these players have had enough, they want their old PvP back, and they're rising up as ogres to get the developers' attention. I spoke to one of the ringleaders ahead of the protest.

"We have tried pleading with the developers over the years on the forums, to no avail. Finally, we have decided enough is enough and we have decided to organise," says Byron "Dulu" Carter, one of the protest's ringleaders.

This organising will take the form of hundreds of players descending onto EverQuest's Zek server this Saturday, to cause a fuss and see if they can get developers Darkpaw Games to take notice. They'll be doing this all while playing as ogres - and despite that being just a pretty funny race to play, there's actually a bit more meaning behind it.

"Right now we've got a few hundred players getting involved, so imagine 400 big fat ogres running around the starting zone, making some noise, and having some fun. We'll get some videos and some screenshots and we'll show them that we are a community to be taken seriously." 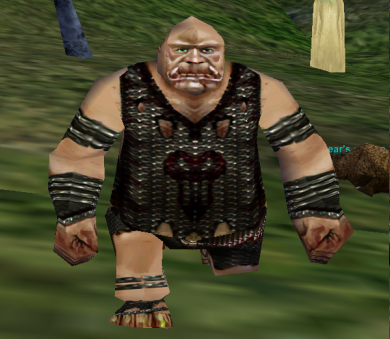 "You don't have to be an ogre - if you want to show up as an elf as a pretty little elf, you can. Nobody's gonna judge you! [laughs]."

The PvP protest is happening in EverQuest's Zek server Saturday the 29th at 8pm EST (or Sunday the 1st at 1am for us in the UK), and if you want to get involved, keep an eye on EverQuest's subreddit for more details.