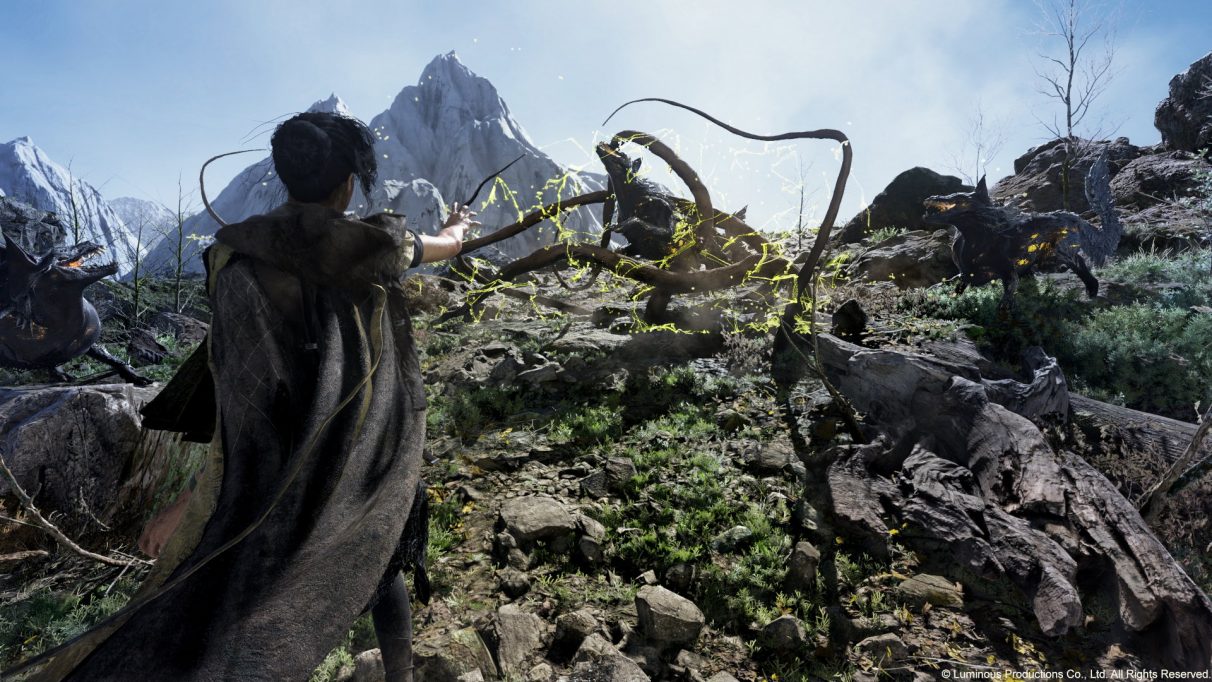 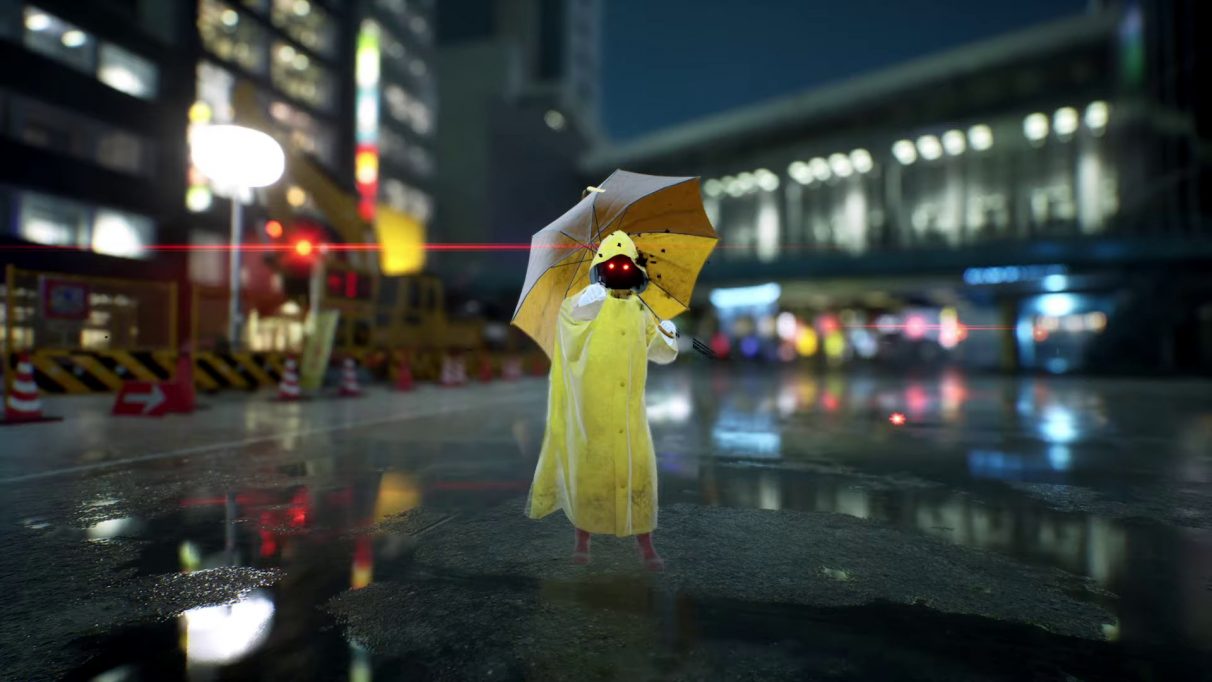 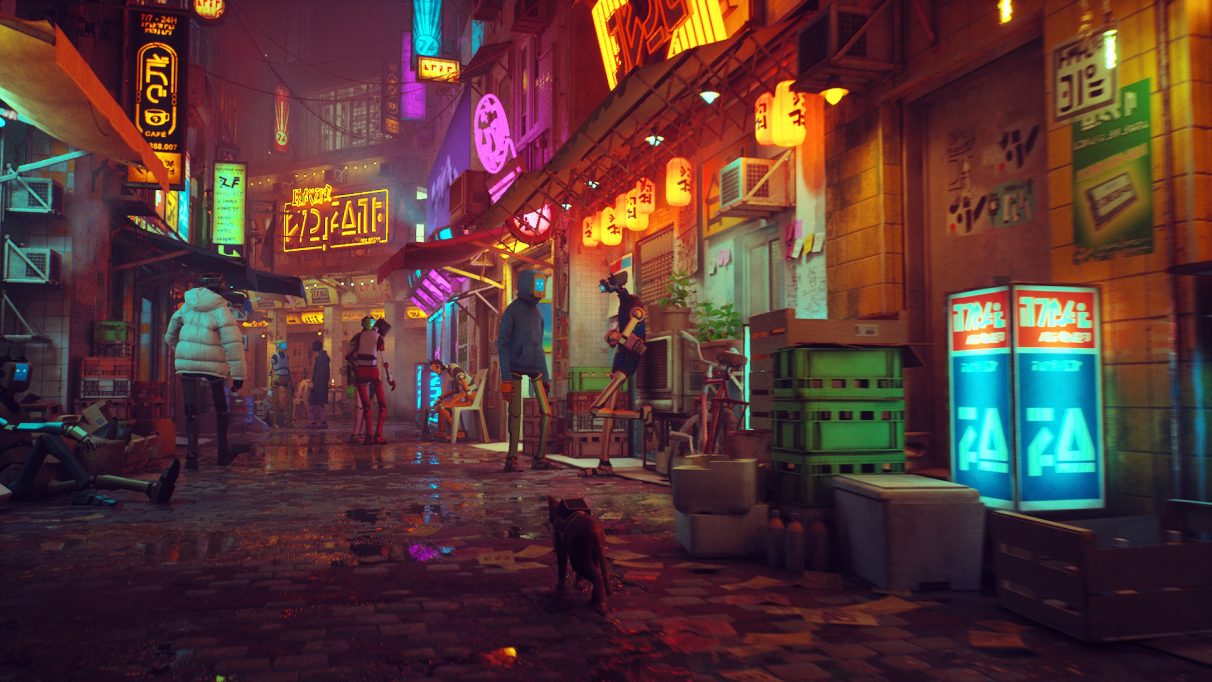 Sony's PS5 showcase was full of ultra shiny game reveals this evening, but a surprising number of them are also coming to PC. In case you missed the stream or just want a handy reminder of what went down, here's a complete list of all the PS5 games coming to PC that we know about so far, complete with all their brand spanking new trailers and PC release dates.

Just in case you're in need of more new PC games to add to your burgeoning Steam and Epic Games Store libraries, you'll find all the PS5 games confirmed for PC below. I'll be adding to the list as and when more get confirmed, but I think you'll agree that there are plenty of games here already. Let's take a look, shall we?

The new game from Square Enix's Luminous Studios (the folks wot made Final Fantasy XV) may have been designed with the PS5 in mind, but its trailer confirms it's also coming to PC. Project Athia is just a working title right now, but the trailer for this fantastical action adventure sure looks very Final Fantasy-like if you ask me. Could this be our first glimpse of FFXVI, or something entirely new? Only time will tell.

The dramatic conclusion to IOI's nu-Hitman series, Hitman 3 will be taking on his final mission early next year. The teaser trailer showed a glimpse of a new level set in an impossibly tall Dubai skyscraper, but we'll have to wait and see what other exotic locales he'll be jetting off to later this year.

Are the Resident Evil team now just making up words to fit with their mad Roman numeral aesthetic? Who knows. Either way, Village (or VIIIage) is going to be the next instalment in Capcom's survival horror series. RE7 star Ethan Winters is back for another outing, and Chris 'Beefcake' Redfield also makes an appearance. No exact release date yet, but it's coming sometime next year.

The future of gaming is here, and it involves cats? In Stray, you play as a lost kitty trying to find its way home in a decaying cybercity. As well as befriending tiny drones, you'll also be sneaking past other androids and finding out just what happened to all the humans. Published by AnnaPURRRRna Interactive and developed by French developer BlueTwelve Studio, you can wishlist it on Steam right now.

The next game from the folks that made Gnog, Goodbye Volcano High looks like a Night In The Woods meets Oxenfree meets Life Is Strange. With dinosaurs. Expect teen drama, teen angst, teen wistfulness and a lot more when this narrative adventure coming to PC in 2021 and you can wishlist on Steam now.

Little Devil Inside has actually been in development for years and years, but we are very much here for this upcoming action adventure survival 'em up RPG. It looks charming for one, and we are very much enamoured with its poor, beleaguered hunter-assistant chap while your professorial boss sits in quiet luxury awaiting your latest quarry. No firm release date right now, but this is definitely one to watch.

This cute action-adventure has a bit of a Legend Of Zelda vibe, which becomes even more clear when you realise the devs made a similar-looking Majora's Mask fan film a few years ago. It's coming to the Epic Games Store at the end of the year.

The next game from Octodad devs, Young Horses, Bugsnax is a whimsical island adventure where the main inhabitants are bugs... and snacks? You arrive on Snaktooth Island after receiving an invitation from famous explorer Elizabert Megafig, but when you get there she's nowhere to be found. It's then up to you to solve the mystery of her disappearance and find out why these strange creatures taste so damn good. It will be arriving on the Epic Games Store this holiday season.

It's basketball, innit, but cor, look at all that sweat. The future of games is well and truly here.

Probably the most enigmatic game reveal of the entire PS5 showcase, Pragmata is Capcom's mad new sci-fi adventure game. At first, we thought this had Hideo Kojima written all over it, but it's actually a brand-new IP that's in development "for the next generation of gaming," according to Capcom. It will make full use of ray tracing and other next-gen tech, but otherwise Capcom are keeping their cards pretty close to their chest. We'll have plenty of time to mull it over, as it's not due for release until 2022.

A new interstellar adventure from Sword & Sworcery folk Superbrothers and Pine Scented Software, Jett tasks you with carving out a future for humankind who are *checks notes* "haunted by oblivion and propelled by dreams." Yep, that sounds like a Superbrothers game all right. The trailer doesn't give much away, but further sleuthing confirms that Randy Smith of Thief and Waking Mars fame has been brought on board to help with design and production, while its score has been composed by Scntfc, A Shell In The Pit and more along with a song by Jim Guthrie. Thankfully, we won't have to wait long to find out what it's all about, as it's coming to the Epic Games Store this holiday.

Formerly known as Solar Ash Kingdom, this is the next game from the team behind Hyper Light Drifter. Not a new game as such - it was first teased a couple of years ago - but this new PS5 trailer shows off a lot more gameplay and gives us a much better idea of what this Journey meets Abzu roller skates adventure's going to involve. And it looks WILD.

Another known quantity, Deathloop was first announced last year during Bethesda's E3 2019 press conference. Made by Arkane Lyon, this first person time-loop shooter sees Colt and his arch nemesis Julianna stuck in an endless Groundhog Day-style duel, where death plonks you back at the start of the day. Over time (and multiple deaths) you'll need to find a way to break the cycle and put an end to Julianna's nefarious schemes once and for all. Luckily, we won't have to wait long to play it, as it's arriving before the end of the year, probably alongside the PS5 launch.

Yep, we knew about this one before as well, but hey, it's always good to see more Abe action, isn't it? No firm release date just yet, but Soulstorm will see our clumsy hero attempt to rescue as many of his pals from captivity as he possibly can while avoiding getting squished by all manner of machines and blown to pieces by huge explosions.

Arriving sometime next year, Ghostwire: Tokyo sees Japan's capital fall silent after 99% of its population disappears in a mysterious event. With the humans gone, spooky supernatural forces decide to move in, and it's up to you to put a stop to them with your mad array of weapons and spectral abilities. made by Tango Gameworks, the studio behind The Evil Within, this is sure to be packed with spooky goings-on when it arrives sometime next year.

The upcoming "looter-slasher" action RPG from the devs behind Duelyst, Godfall's new PS5 trailer shows off a lot of its third-person slicing and dicing antics. We didn't get a particularly good look at this during its last Game Awards trailer, but it's good to see some crunchy looking combat up close and personal. It comes out on PC later this year.