Looks like Ubisoft will be announcing Far Cry 6 during this weekend's Ubisoft Forward event, because the game's existence and a few details have been revealed by a page on the PlayStation Store. It appears to have gone live by accident and has already been taken down, but it was there. Far Cry 6 will send us to the "tropical paradise" of Yara to fight against a brutal dictator and his son, and yes we will get animal friends again. The store page said it's coming on February 18, 2021.

Update: And here's a wee teaser video in response:

Anton would not be pleased. See you on Sunday at #UbiForward. pic.twitter.com/HieToJzDxp

The Far Cry 6 page appeared on Hong Kong's PlayStation Store earlier today. It is still in the store's listing as I write this, but its specific page is now gone. Thankfully, you can see an archived version over here. Forum posters on ResetEra say the pages they saw had that February date. The store blurb said:

Welcome to Yara, a tropical paradise frozen in time. As the dictator of Yara, Anton Castillo is intent on restoring his nation back to its former glory by any means, with his son, Diego, following in his bloody footsteps. Their ruthless oppression has ignited a revolution.

FIGHT FOR FREEDOM
Play as Dani Rojas, a local Yaran and become a guerrilla fighter to liberate the nation

YARA TORN APART
Fight against Anton's troops in the largest Far Cry playground to date across jungles, beaches and Esperanza the capital city of Yara

GUERRILLA FIREPOWER
Employ makeshift weapons, vehicles, and Amigos, the new Fangs for Hire to burn the tyrannical regime to the ground

All I need to know is that the open-world FPS will again have animal friends. Presumably Ubisoft will say and show more during Ubisoft Forward, their notE3 livestream coming at 8pm (noon Pacific) on Sunday. Assassin's Creed Valhalla gameplay videos have leaked ahead of the event too.

Seems the rumours that Breaking Bad's Giancarlo Esposito would be starring in Far Cry 6 might be right. Here's the big version of that Far Cry 6 box art from the Hong Kong store: 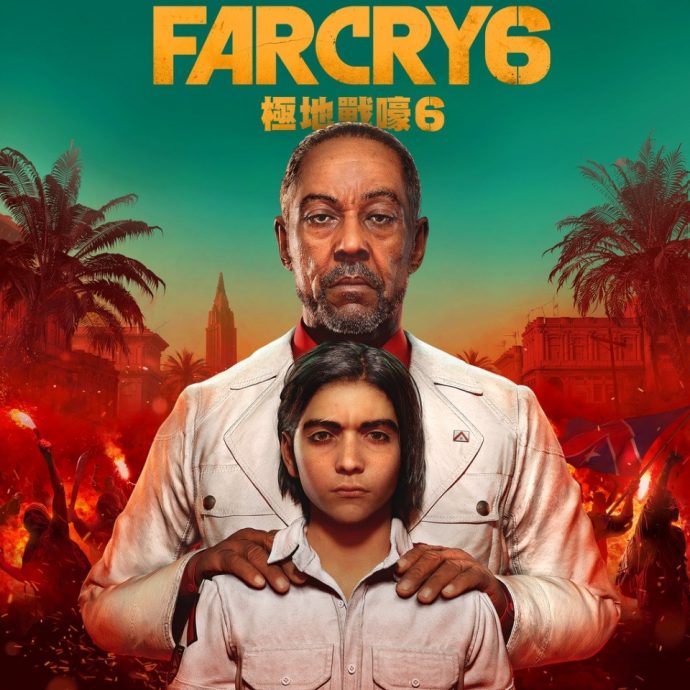