Au Ra are absent and Lalafell get to have a lie down, as it'll take a full day to prepare Final Fantasy XIV for the launch of its new expansion, Shadowbringers. Tomorrow at 10am BST, Square Enix bring the MMO's servers back online, and pre-ordering players get to jump into the new story. For everyone else, the 5.0 patch is making sweeping changes to the game, although a few notable features have been delayed until the expansion's first big episodic update. Below, a story-dense launch trailer, and highlights from the patch notes that players can expect when FFXIV returns.

While the full patch notes break down all of the new features coming to FFXIV with Shadowbringers (everything highlighted as 5.X), to abridge it here would likely kill me. What isn't in this patch seems more notable. The expansion's first raid, Eden's Gate, won't land until patch 5.01, and the treasure hunt map Dungeons Of Lyhe Ghiah isn't until 5.05. It won't be until the first new episode (around three months, if they're keeping to the usual update schedule) that players get New Game+ mode, quests to restore the Holy See Of Ishgard, and (not listed, but we know it's coming) the start of the Nier: Automata crossover story.

Change-wise, almost every job is getting tweaked, and a few are almost entirely reworked. The full list of changes are on this page, with the most changed being the Machinist. Nearly completely revamped, they're much flashier fighters now, with an arsenal of high-tech guns. Pet classes like Scholar and Summoner also see some big shake-ups, as pets are now invulnerable, can be switched instantly and no longer require micromanagement. Pet special attacks are now bound to a single button on your hotbar. They behave more like stance changes, rather than liabilities on the field.

Some skills can now hold multiple charges, and everyone will have fewer skills to cram into their hotbars, as the cross-class 'role actions' have been narrowed down. There's a lot of subtle changes to combat, and it looks like they've streamlined crafting as well, although I admit that's part of the game I've skipped over. It should be easier to level up alternate jobs now, as the 100% armoury XP bonus now applies to everything under level 70, decreasing to a 50% boost from 71 to 80. Players should also be rushing through dungeons less, as the XP bonus for kill-chains is gone, replaced with a dungeon XP buff. 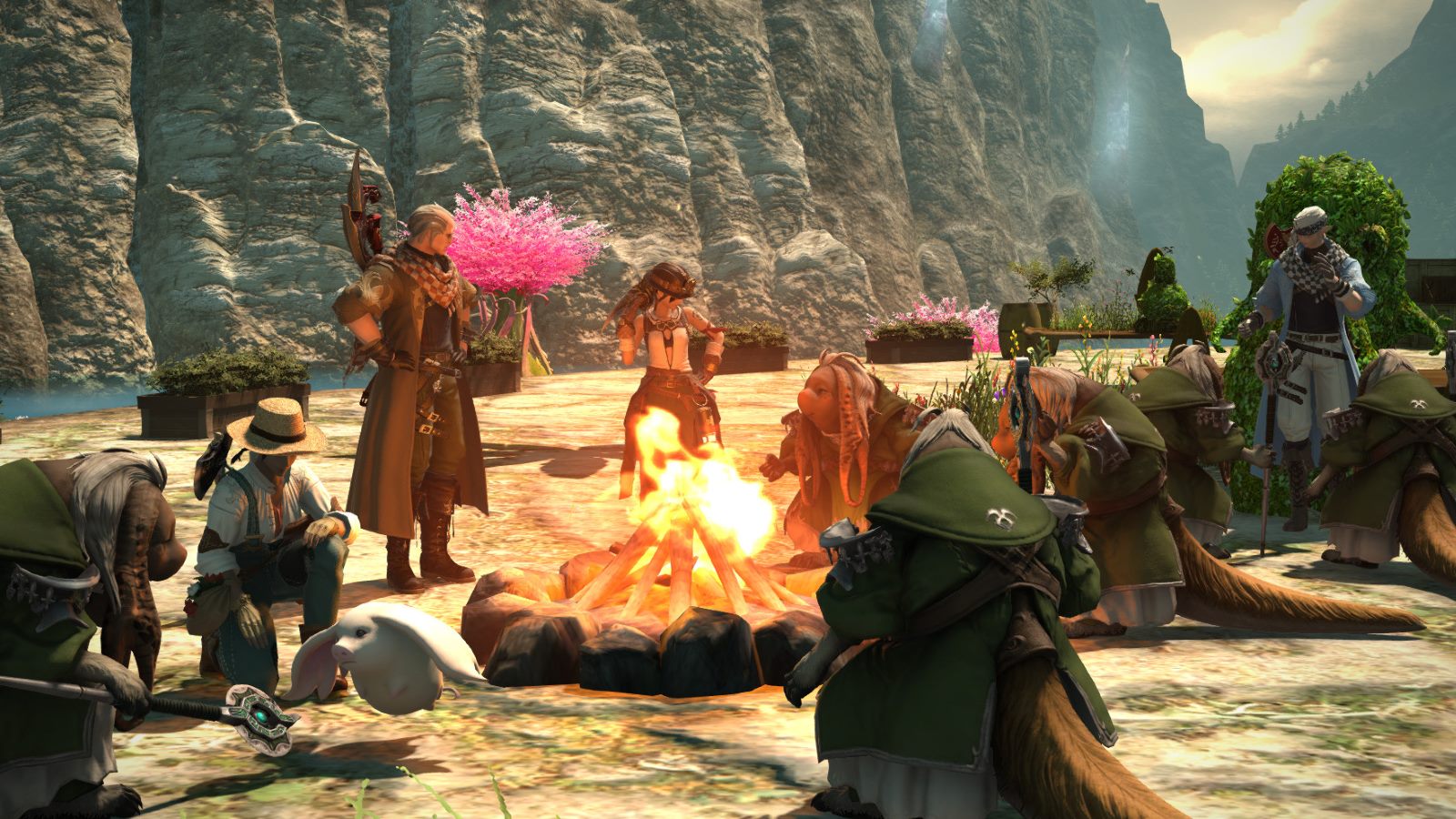 Beyond that, there's a swarm of little quality-of-life improvements. Monster HP is tracked to a tenth of a percent and maps show whether destinations are above or below you. To reduce the number of players forming huge queues (as was the problem last expansion launch), they'll be temporarily breaking players up into smaller instances and kicking idlers for a while after the Shadowbringers launch. Potentially frustrating, but better than the alternative. The fact that they're expecting such a crunch suggests there's plenty of life left in FFXIV. There's even a live-action TV series in the works from the studio behind The Expanse and the upcoming Witcher TV adaptation.

The servers come back online tomorrow at 10am BST, and pre-ordering players get to jump into Shadowbringers. The expansion's official launch day is July 2nd, and it's available via Steam, Humble or direct from Square Enix for £30/€35/$40.