Good news, boy fans. A modder has offered a quick solution to a couple of Final Fantasy XV’s technical problems. The JRPG stag do performs generally well on PCs but that doesn’t mean there aren’t issues. Some players using a gamepad (myself included) have found that the game keeps detecting your mouse and keyboard even when you don’t want it to, flipping the on-screen prompts from controller buttons to keyboard keys. This causes jitters and frame drops. It’s v v v v v annoying. But don’t fret, a hero has arisen. And it’s the same guy who fixed Nier: Automata when the developers didn’t.

The fix is called Special K from Andon ‘Kaldaien’ Coleman (the same as his previous mods) and you can find it on the Steam forums here. Basically, you download the zip file and extract it in your Final Fantasy XV folder (a wee boyo called ‘dxgi’ will appear). Then run the game and press Ctrl + Shift + Backspace to open the tool. For this particular problem, you want the option marked ‘Input Management’ and then ‘Enable/Disable Devices’. Tick the boxes you need (I ticked keyboard and mouse) and you should have no more silly swapping. 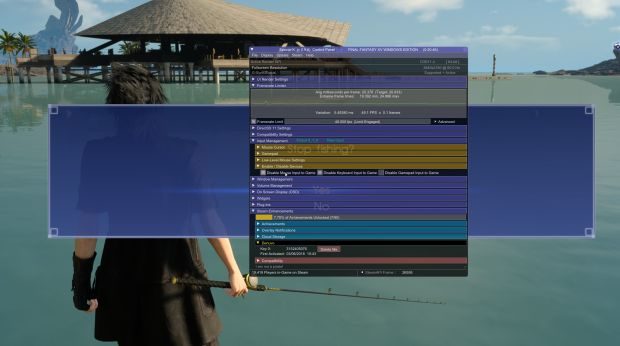 It worked for me. I was getting this exact problem any time I used Ansel to take a neato screenshot. It was annoying enough that I didn’t want to take any more cool pics, for fear of invoking the wrath of the stutter gods. But now I can snap away, just like my buddy Prompto. So I’m happy. A weird bonus of the mod (for me anyway) is that alt-tabbing no longer snatches away fullscreen. It used to box my game into a window, and fiddling with the options wouldn’t return it to normal. But that’s gone now too. And it isn't the only general improvement.

“This also includes a fix for excessive SteamAPI overhead that causes unusually long load screens and hitches during heavy texture streaming,” adds Kaldaien. “That problem is easily mistaken for Denuvo, but emphatically has nothing to do with Denuvo.” 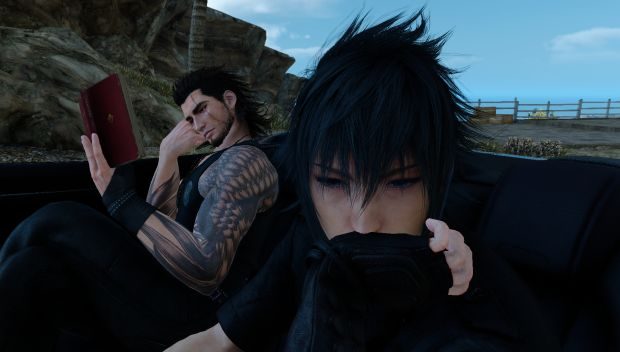 All in all, a very useful “mini-mod” from the fella who offered similar fixes to Final Fantasy X, Tales of Beseria and Disgaea. However, if you’re a sneaky bad person with a pirated copy (a pirated version leaked last week, before the game was even released) then this fix won’t work for you. And sorry, but you don’t stand much chance of convincing Kaldaien into making a fix especially for bootleggers.

“If you try to use this and you have a pirated version, it's not going to work,” he tells someone in the forum thread. “I don't have time to debug your inferior pirated versions of games.”