The strategic squad-shooting antics of XCOM return today by way of XCOM: Chimera Squad, a standalone spin-off that takes place amidst a new world order. Whereas in previous games the player fought directly against the alien menace, in Chimera Squad, developer Firaxis Games have fast-forwarded events to five years after XCOM 2’s campaign. Now humans and aliens have made peace, and characters from both factions must fight side-by-side against separatist groups who oppose the interspecies alliance.

It’s a big shift for XCOM, and one Matt enjoyed in his XCOM: Chimera Squad review, albeit with caveats. I spoke to the game's lead designer ahead of its release, however, to find out why they decided to make a spin-off rather than an expansion, and one that makes so many changes to the beloved formula.

“After launching XCOM 2 and the War of the Chosen expansion, we felt there were more gameplay opportunities left to explore in XCOM,” says Mark Nauta, Chimera Squad's lead designer. “This game lets us explore some changes to the fundamental design of XCOM – things such as the introduction of a more-focused story on humans, aliens and hybrids, a switch to interleaved turns and Breach mode – without having to rebalance all of XCOM 2 and its expansions. With this specific vision, XCOM: Chimera Squad made more sense as a standalone title than a direct sequel.”

Going this route also meant Firaxis Games could more carefully manage player expectations, letting them develop an instalment that was a bit more bite-sized and experimental than players expect from the main series. Nauta appears hopeful that the game could make turn-based strategy more accessible for new types of player.

“Part of what we think made XCOM 2 so successful was that it was accessible to a general audience,” Nauta says. “If you haven’t played XCOM before, [Chimera Squad] is a chance for you to see why that game is so much fun – the tactical combat, the planning back at the base, developing an attachment for your favourite agent and building your tactical playbook around them...”. 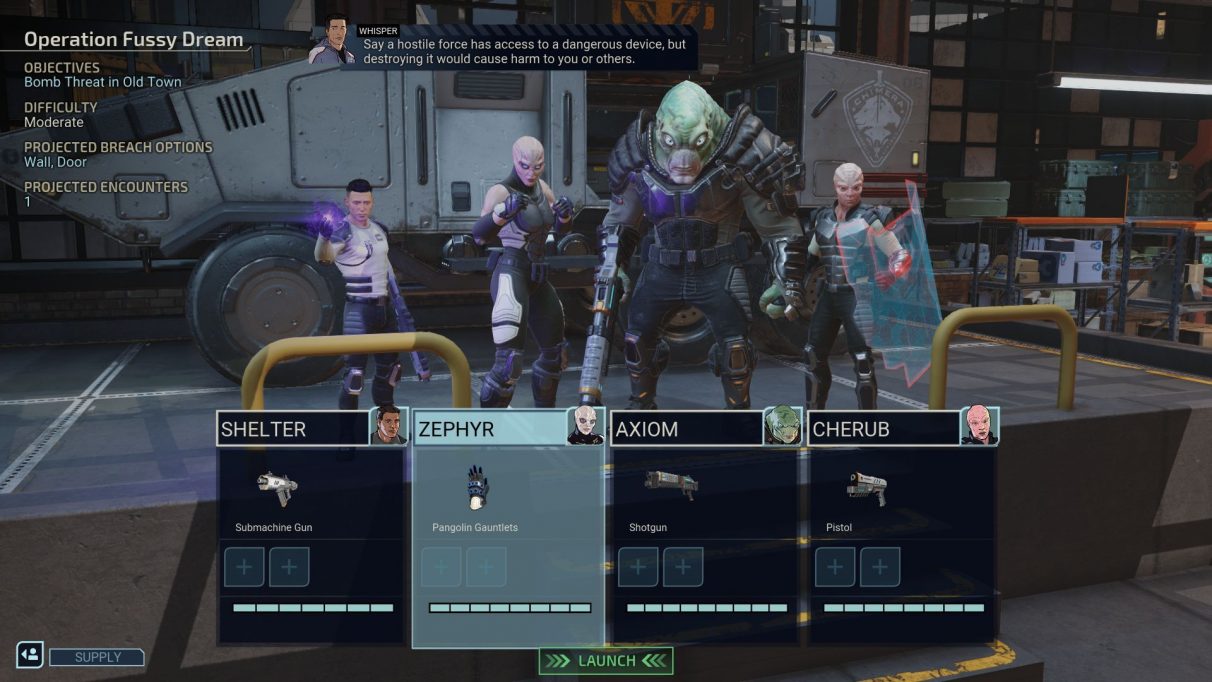 Although there's overlap in terms of its core appeals, Chimera Squad still introduces a ton of major changes. For example, soldiers in XCOM: Chimera Squad are no longer customisable. Before you scoff at being unable to name units after friends and have them charge towards certain death, Nauta insists that specific agent personalities serve a purpose. “We wanted to be able to dive into a world where XCOM’s resistance was successful, while the remnants of the war remain,” he explains. “Agents provide a way to personify much of that conflict.” They affect the game's systems, too. “Each agent has their own unique abilities which means you build your tactics around the agents you have ready to go. Will you go with a high mobility team that messes with enemy placement, or will you go heavy on agents who specialize in dealing damage?”

Simply put, whereas previous XCOM games saw you slowly build up to developing the optimal team, Chimera Squad has you hit the ground running. Your team is so well prepared, in fact, that Firaxis have made the surprising decision to remove permadeath, as they felt it “ran counter to the vision” this time around. Instead, Chimera Squad aims to deliver a sense of tension during skirmishes through the new stabilise or fail system, in which squad members enter a bleed-out state if they go down. Stabilise them and they're replaced by a robot for the remainder of that mission, but fail and it's game over, and you have to restart the mission. It sounds like it might still introduce dread moments when people get hurt, though in his review, Matt noted he never had to engage with the system when playing on normal difficulty. 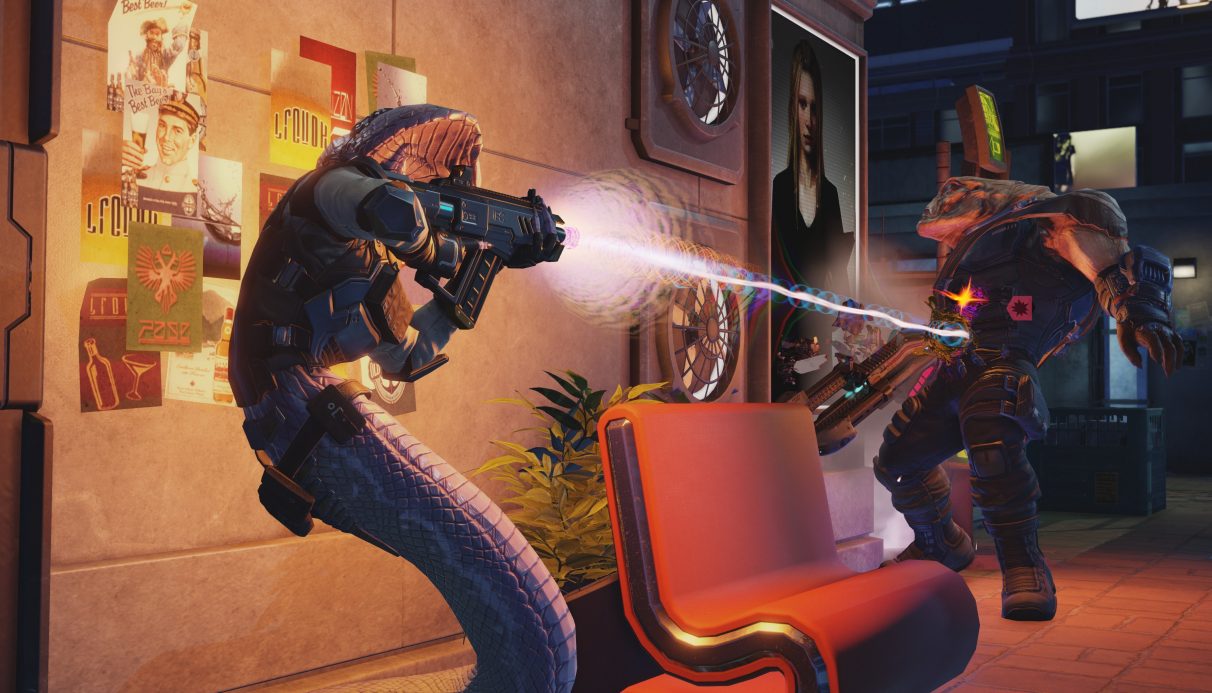 Chimera Squad also introduces Breach mode, which allows players to decide where each unit is going to enter into a fight. “[It’s] something we’re particularly excited about,” reveals Nauta. He describes the feature “as an evolution of the Ambush mechanics in previous games." When you breach into a room, players need to decide who to prioritise, with enemy states like "surprised", "aggressive" and "alert" playing into your decision making. "Everything you do matters," says Nauta. "What agents you have in your squad, which locations you place them at, who you prioritize during the Breach. It’s something that rewards smart decisions.”

Finally, the move to interleaved turns, in which sides take it in turns to move individual units, is also a decision Nauta hopes newcomers and existing XCOM fans will appreciate. “This fundamentally shakes up the way XCOM handles combat, because the tactical situation continues to evolve between your agents’ actions." He offers examples. “If an enemy drops a grenade on your agent and it will go off before that agent can act again, how are you going to respond? Do you have another agent who can reposition the unlucky guy? Can you afford to take that damage in order to pull off something spectacular later in the turn?”

The question remains whether players used to XCOM 2's greater complexity will accept all these changes. Firaxis had to work hard to convince fans of the original X-COM that they understood the spirit of the series, and now they arguably have to do the same again. And who knows - if Chimera Squad does prove popular, maybe elements might make their way over into the inevitable XCOM 3.