Spike Chunsoft have announced Killer7 director Goichi Suda (aka Suda 51) will be returning to an old haunt to pen new story DLC for wrestleman sim Fire Pro Wrestling World. I'm not normally much for wrestling games, but even I can appreciate this series, formerly by Human Entertainment. Snappy action, powerful character creation and a history of surprisingly heavy story modes. I'm expecting great, possibly unsettling things from new DLC 'The Vanishing', after the utterly bleak ending of Fire Pro Wrestling Special for the SNES, which I WILL SPOIL BELOW.

Suda's earliest work was a pair of SNES Fire Pro games, first as director and then as scenario writer for Super Fire Pro Wrestling Special. That scenario told the story of a fictional player character in a world of real-world wrestlers with altered names. As the game plays out, you weather some tough defeats along the way to the top. Worse still, your coach dies in suspicious circumstances, and you even end up accidentally killing your best friend in the ring. And then you meet reigning champ Ric Flair (Dick Slender in this game to avoid angering lawyers) and it gets worse. 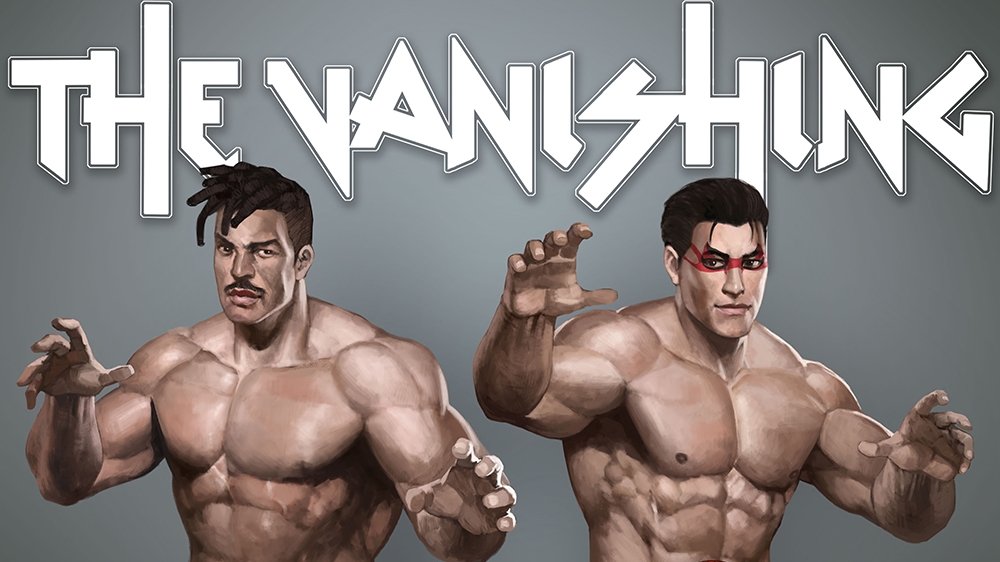 Ric Flair is meant to be a pretty low-down dirty sort in the world of real wrestling, but he's positively demonic here. He brutally murders your tag-team partner, blood everywhere. Taunting you further, he confesses to murdering your coach. Just to add absolutely soul-crushing insult to injury, your girlfriend leaves you during your climactic final match against the wrestlefiend. In the end you become world champion, but at what cost? The story mode ends with your character sinking into depression, a still image of their suburban home... and then a gunshot rings out - cut to black.

And now he's back at the Fire Pro writer's desk. Understandably, fans are nervously excited. Could this be the soul-crushing counterpart to the feelgood tag-team of Kenny Omega and Undertale creator Toby Fox? I hope to take a deep dive off the top rope at this one when it's released. In the meantime, Fire Pro Wrestling World is out now on Steam for £23.79/€27.99/$30.