Has medieval ménage à murder For Honor undergone that renaissance everyone keeps predicting yet? The whispering wisdoms of the internet told me it would follow in the footsteps of Rainbow Six Siege – somewhat underwhelming and skittish when released but stronger and more confident many months afterwards. But if that’s destined to happen, Rich hasn’t noticed. Maybe two new killers, a couple of fresh maps, and a new game mode will help. I take a lot of pot shots at Ubisoft, but I’ll say one thing for ‘em – they really love #content.

The main attractions are the warriors, of course. Let's look at them. 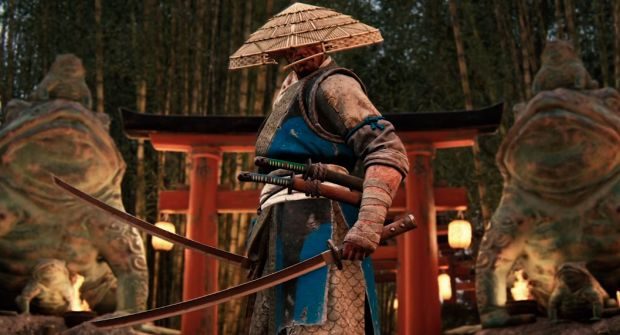 The Aramusha is a Samurai hybrid with a katana in each mitt, who is trained to “capitalise on the mistakes of their opponents and punish them with a never ending flow of fast attacks in every direction”. He likes "navigating the battlefield carefully" and romantic strolls through Akira Kurosawa films. 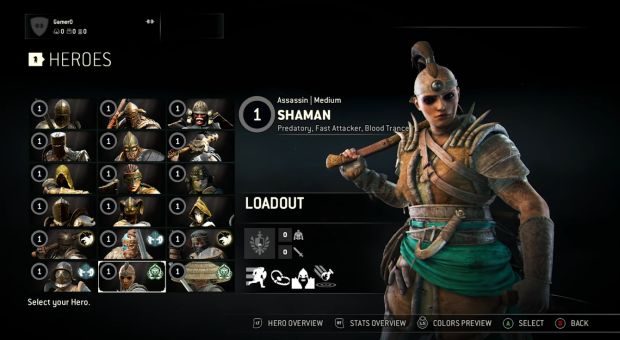 The Shaman is an axe ‘n’ dagger Viking assassin, and some sort of rabid animal woman, according to these marketing scrolls. Shamans are “predatory”, “feral” and pounce on their enemies “like wild beasts”. She promises to “become more deadly as [her] opponents bleed out onto the battlefield.” She enjoys hosting blóts and her favourite drink is your blood.

There’s also two new maps – Market Town and The Gauntlet – and a new ‘Tribute’ mode in which two teams of four battle for offerings littered around the map. You have to try to bring these back to some special shrines, each of which gives the whole team a specific boost whenever an offering is presented.

This is all part of the fourth season of stuff, called Order and Havoc. And it kicks off on November 14, but only for the season pass-holding aristocracy. The common herd will have to wait until November 21 and pay 15,000 steel – the game’s currency – for each of the new heroes. Feudalism, ho!