While Epic have done well kicking down boundaries between platforms to allow Fortnite servers to be shared by PC and console folk alike, those with multiple systems still have a wait ahead of them. While you're still free to hop between platforms and link accounts to share all present and future rewards, plans to let players merge old hoards and progress between systems have been delayed. Originally meant to be rolling out this month, Epic have announced that Account Merging won't be landing until early 2019. Not ideal, but they've not done badly at all this year, to be fair.

The account merge would have been a boon to the Save The World co-op campaign, as access to that was one of the things planned to be shared through merging. Cosmetic item purchases, win records and currency would also be shared. It's still going to happen in a few months, but not as soon as initially hoped. Grumbling about it would feel short-sighted though - even if it was a self-serving decision, Epic pushing for cross-platform play has opened doors for other studios. Hi-Rez recently told PCGamesN that they're only able to offer cross-platform thanks to Fortnite leading the way. 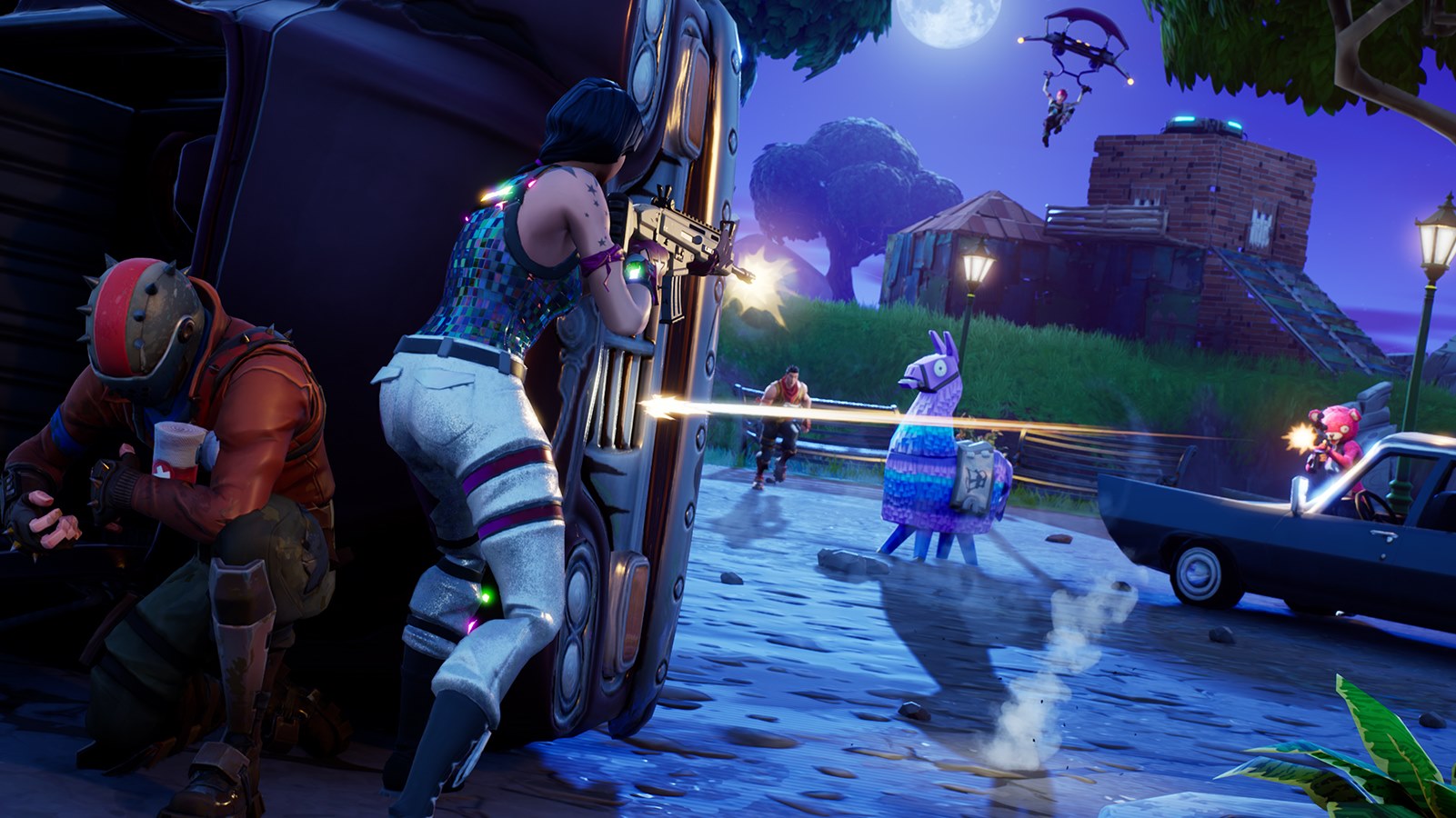 Delay aside, things aren't quiet on the Fortnite Battle Royale front. Earlier this week, Epic rolled out a new limited-time Team Rumble mode, a big messy twenty-on-twenty team deathmatch where the first crew to a hundred kills wins. They also buffed pump shotguns. Previously stylish but largely useless in a fight, there are now epic and legendary-tier versions that do more damage, and all versions are more consistent in hurting people as you'd hope and expect. They also nerfed mounted turrets a bit, making them rarer and less likely to protect their user from bullets.