Fortnite has had an ominous orb in the sky for the past week or so, with this weekend seeing the arrival of the Ice King's legion. Now when you enter a game of Fortnite Battle Royale, you'll find that the map is covered in snow and the Ice King's minions are emerging from icy towers that drop into the map.  Challenges are appearing over the next few days, so this guide will go over the minions you face from the Ice Legion, and where to find them for the challenges.

With the game being the global sensation that it is, there's a lot to learn about not only getting that all-important "Victory Royale", but also the changes to the map as the seasons progress, and the challenges you can seek to complete. Head over to our Fortnite guide hub for every single thing you need to get started. Alternatively, you can head back to our Fortnite week 6 challenges guide for an overview of all the weekly challenges for this Season in Fortnite. 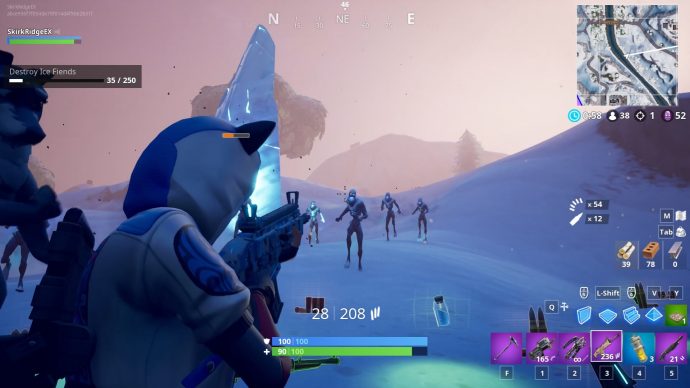 All the challenges thus far have been about destroying the Ice King's minions in various ways. It's actually rather easy to find them as they all emerge from frosty monoliths that appear after the announcement of the storm. Their placement is randomised, but generally speaking they should be nearby named locations and they're plentiful in numbers. As you approach one, you'll see a number of them spawn. It's worth taking these minions on if you have the guns as they do give you free shields up to your maximum capacity. Below is a brief description of the varieties of minions you'll face in this series of challenges. 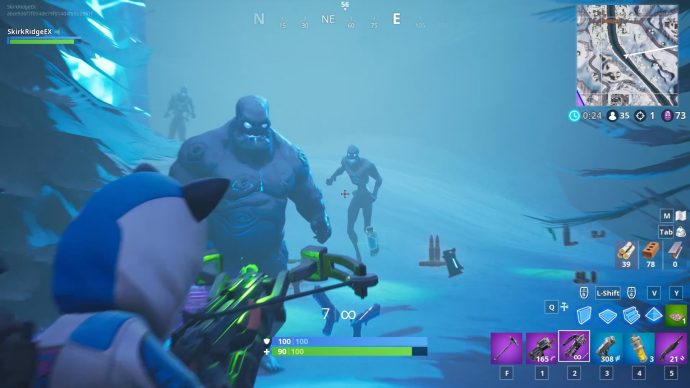 These are the thinner ones and they come in both normal and ranged forms. The normal ones don't have an ethereal glow to them and have have approximately 35 HP, so can be taken down in just a couple of shots and tend to drop bullets. These will try to tear down walls and attack up close, but aren't dangerous.

The ranged ones ones have a bit more HP, taking around 70 damage to fall, but they tend to drop Uncommon and Rare gear. Occasionally you'll also see Epic gear dropped in these firefights. Weapons dropped can be anything from Pistols to Assault Rifles. They can either attack by throwing ice balls or melee attacks, but aren't really all that dangerous.

The Brutes can take a lot more punishment and come in two forms. Common ones take around 250 damage to defeat, but are slow and only attack with swipes. They usually drop ammunition. Rare ones are a little tougher, but drop weapons and gear from Uncommon, Rare, and Epic rarities.

If you should come across a Golden Ice Brute, this thing has a ton of HP, but it is guaranteed to drop a legendary weapon upon defeating it. It will stagger after three blasts to the face, so use that hit stun to reload any guns you have on you. Your main issue is that your attention will be distracted from the rest of the horde, so try to ensure that you do a little bit of crowd control while taking on this tank of a monster.

This concludes the Ice Storm challenges guide, but there's plenty more challenges to complete in Season 7. Be sure to check out our other challenge guides as there's plenty to do in Fortnite at this point in time, as we will be updating all our guides as and when new details emerge.