Fortnite's Epic Games are usually very quick to patch out big game-breaking exploits discovered by players. But the lesser exploits, the ones that don't break the game but still provide you with a bit of an edge, are often left in the game. And however you feel about using these exploits yourself, it's good to know about them in order to recognise when another player might use them on you during a match.

Our Fortnite Exploits guide will go through all of the major exploits present in V8.00 of Fortnite. From Rocket Launcher bugs to resetting your gun's bloom in record time, we'll walk you through how each one is done, and in which situations they may be useful. 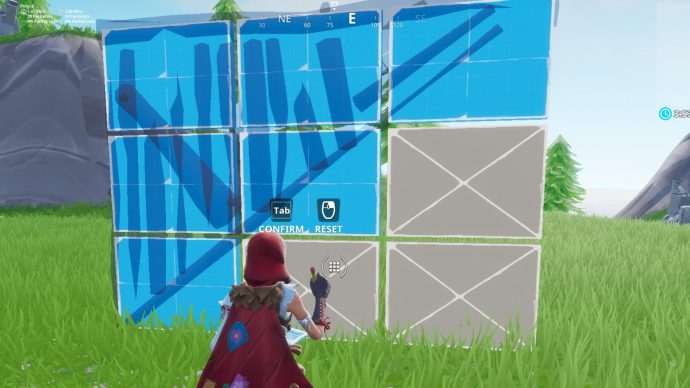 While you're here, why don't you check out our main Fortnite guide? We've got everything from beginner's explanations to advanced tips and tricks, as well as links to every other part of our Fortnite guides series, including Fortnite week 6 challenges walkthroughs, our rankings of Fortnite locations, detailed Fortnite Season 8 info, and much more.

Take a look below and you'll find eight Fortnite exploits that are still in the game as of V8.00. Below this we've added a handful of advanced technical strategies which, while not exploits, are little-known ways to gain an advantage in battle. I've also added a gif of myself demonstrating each exploit and strategy in Creative Mode, to help show you exactly what I'm talking about.

Fair warning: a few of these strategies are very advanced and will require a great deal of practice to employ effectively in the heat of battle.

This trick was discovered several months back, but strangely everyone is only catching up on it now. This is a powerful situational exploit made possible by the fact that if you stand on one edge of a roof and fire a rocket at one of the other edges of that same roof, you'll take zero damage from the explosion. This allows you to tear down all surrounding structures and get a nice unexpected shotgun blast on the hapless enemy below.

We're not sure exactly who discovered this trick, but it was commented on by Reddit user "tickrss" about a month back on the FortniteCompetitive subreddit. If, after shooting with your Assault Rifle, you switch to another weapon in your hotbar and then immediately back, then your bloom will reset faster than if you'd just stopped shooting and waited until it reset normally. This allows you to quickly receive first-shot accuracy again after sustained fire.

In the gif above, I demonstrate first how long it takes to reset the bloom normally, and then again with the weapon switch exploit. As you can see, the latter method is considerably quicker.

One feature of building in Fortnite is that if a newly placed structure is "blocked" by a player (whether it's you or a teammate or enemy), that structure will "phase" - it will light up yellow, and you can't physically interact with it until whatever is blocking it has moved. Not only can you walk through a "phased" structure, you can also shoot through one.

The above gif demonstrates an exploit where if you reset the edit of a floor while pushing up against it, it will enter "phase" mode, allowing you to shoot through at an enemy threatening you from above. Curiously, this only works with wood and metal - not with stone.

Another exploit relating to the "phasing" nature of structures, you can create a hilarious trap for unwitting players by building a large ramp that looks as though it was used to place a Launch Pad at the top, then about halfway up place a wall, floor, and trap, and then sit with your head just barely poking into the ramp in order to "phase" it. When an enemy tries to climb the ramp, they'll walk right through the ramp and into the trap. Check out this video by YouTube user "TheMobCave" for examples of this trap in use.

An interesting situational exploit for use while trying to break into an opponent's 1x1 is that if you hit their wall just once (so that the blue target appears), you can then place a ramp and still be able to hit the wall through the ramp. Using this exploit you can protect yourself while breaking and replacing their wall.

Similar to the above (but more difficult), if you can get on top of an opponent's 1x1 and act fast, you can place a roof and then hit the very edge of the roof. This will actually hit the floor below, rather than the roof - another way to protect yourself while breaking through to the enemy.

Tricky to pull off, but it's a nice way of gaining some extra momentum off the back of a Launch Pad or anything else that results in deploying your Glider. All you have to do is jump just as you hit the ground, and your character will give an extra big leap forward. Many players find it difficult to time this correctly, and have found the workaround of binding jump to your mouse wheel, which makes this particular trick much easier to pull off.

Edit Peek through Roof or Ramp

Go back far enough, and "edit-peeking" was an extremely important and easy part of Fortnite, because the squares you selected in the edit overlay would become transparent rather than grey and opaque, allowing you to easily look around you without exposing yourself at all. Now that the squares become opaque, this is much harder for walls and floors, though not for roofs or ramps. With both these structures, the overlay does not appear over the structure itself, but beneath it, allowing you to see very clearly through the structure without risking being sniped in the face.

Now that we've got all the exploits out of the way, I've decided to show you just a handful of advanced strategies which, while not exploits, are little-known and very interesting technical strategies that will give you a similar edge if you can use them correctly.

Popularized by Twitch streamer and Reddit user "ImSpeedyGonzalez", this makes excellent use of the little-used "arch" edit on walls, though it does rely on your opponent behaving in the right way.

The idea here is that you, the defender, edit an arch instead of a more commonly used edit (like the diagonal corner) when breaking through for a surprise attack on the enemy. The reason this is useful is that the attacker will often defend themselves from this by placing a ramp on themselves to separate them off from you - but with an arch, it becomes more difficult for them to place the ramp on themselves, because they will generally target the area behind you first.

This is a very devious trap strategy devised by Twitch streamer SypherPK, a professional player known by many as Fortnite's "Trap King". The way it works is that, as the defender in a box with an attacker trying to break through, you build a ramp to make it look like you're heading for the high ground, but then immediately edit back down and through to the enemy, boxing them in with a roof and walls, and finally, traps, for a near-guaranteed kill on the bamboozled opponent.

Many players, particularly good players, are ready for such trap plays in these situations, which makes bait strategies such as this one so necessary (and satisfying).

Another find by "ImSpeedyGonzalez", this strategy again makes use of arch edits, and is possibly the only decent use of pre-editing that I've ever seen. This is best used with a teammate while you're both attempting to get to a walled-up enemy. One of you shoots, while the other wall-replaces with a pre-edited arch. This enables the shooter to immediately start shooting the next layer without having to wait for the newly-placed wall to be edited first, which may allow you to get the drop on the enemy within.

That's everything for now, but stay tuned for all the latest exploits and advanced strategies such as these, as we'll be working hard to keep this page up to date. Hopefully now you'll know what exploits are possible in the current version of Fortnite, and even if you don't plan to use them, you'll know which situations to look out for in case your opponents try them out on you!