If the recent months of Epic Games hot takes and flamewars hadn't given you at least an inkling that Epic are the gods of hellfire and they bring us fire, they're now flooding the world with lava. Fortnite Battle Royale today launched its new 'The Floor Is Lava' event mode, which is a bit like that childhood favourite game except the lava is real and it is slowly rising higher and higher, drowning the land as the circle closes in. Soon, everyone will be forced into something something [remember to come back and finish a ha-ha-hilarious joke about removing choice which SLYLY can also be read as a comment on Epic Games store exclusives -ed.].

A trickle of lava has flowed through the island since it sprouted a volcano at the start of Season 8 but the eruption truly kicks off in The Floor Is Lava mode. Scalding lava rises steadily across the island, creeping through valleys and bubbling over banks, which quickly pushes players into higher ground with scarcer resources and eventually into the sky.

Rounds I've played have ended with the remaining teams building sprawling skywalks and teetering towers high above where land once was. The mode supports this with a steady trickle of free building materials, so players can keep building along as the circle closes - and fortify spots other teams are trying to snipe out so the entire structure collapses. The Floor Is Lava often ended in injury and tears when we were children. 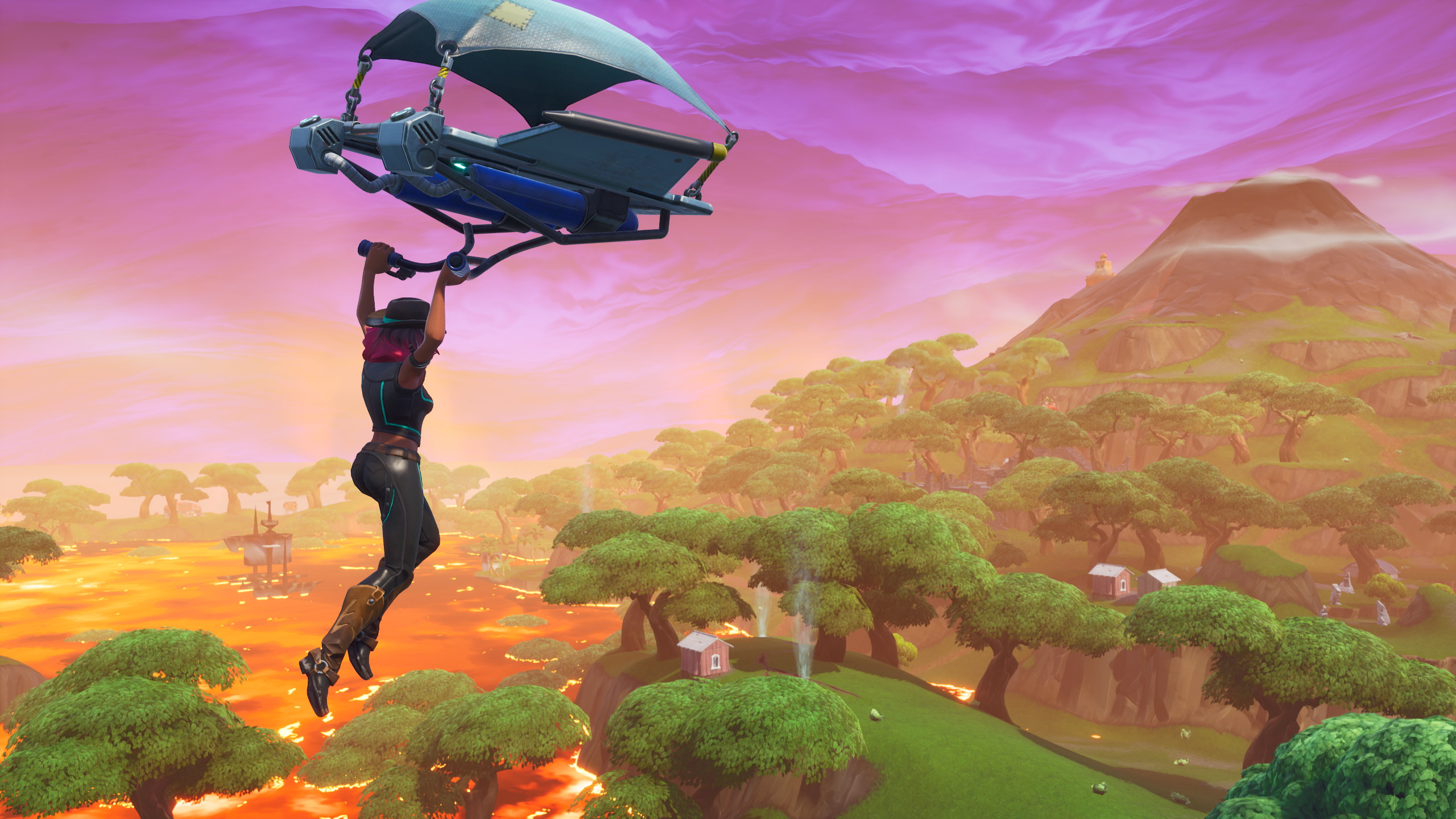 It's alright? A novelty, at least, which is what limited event modes are meant to be. I do half-wish the lava consumed buildings and structures, like Battlefield V's Firestorm, but I think you'd need to have been a pretty hardcore The Floor Is Lava player to insist that your sofa, coffee table, and cushions were burning away over time.

New healing items are in too, with coconuts, chilli peppers, and bananas harvested in appropriate environments. Coconuts can heal shields too and peppers also give a short movement speed buff, while bananas are yellow and look like a big smiley mouth if you hold them in front of your face. Not to harp on about it but: the more wacky cartoon stuff Epic add to their game for kiddywinkles, the more baffling it is that they're continuing to copy real-world gun designs.

See the version 8.20 patch notes for more on it all, as well as the new Arena mode with ranked matchmaking and nerfs to those new hamsterball vehicles.

I do like how Arthur Brown's firehat grew larger over the years.

(And excellent contrast there switching from the presenter to Arthur.)

I wish that my firehats grow and grow until I too need to employ firehat technicians.