Would you pay a monthly subscription to get extra goodies in Fortnite? It looks as though Epic Games are trying to find out. A number of players have received surveys asking about their opinions on a potential monthly subscription for the game, and what they think it should include. These surveys come with little mockups of what Epic could offer players on a monthly basis, with prices ranging from $13.99 to $18.99 - the upper end of which would be over $200 a year. Now that's a lot of money to spend on Fortnite. 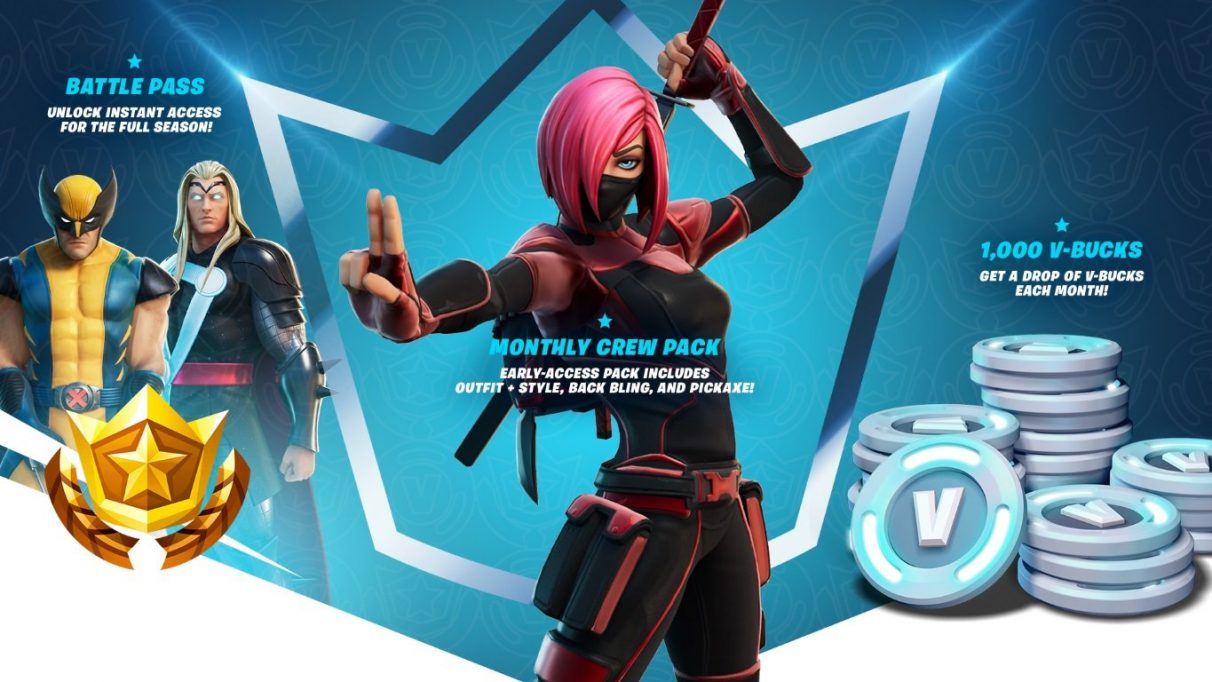 "FireMonkey" on Twitter shared some of the surveys that have been sent out. Epic suggest a monthly subscription would include an outfit pack that subscribers would get before anyone else, 1000 V-Bucks (which cost $8/£6.50 on their own), and the current season's battle pass (worth 950 V-Bucks) each month.

I'm already a little weird about buying battle passes, but a monthly subscription seems like... a lot, to me. In that same Twitter thread, some players suggest they wouldn't mind paying around $8 to $10 a month, which is roughly what the battle pass costs. If it's a game you're really into, why not? I just can't help but think that same money would get you a sub to Xbox Game Pass which has tons of games, including a load of EA games next month.

This all looks like some businessy market research right now, though, so we'll just have to wait and see if Epic decide to go through with it.

Interestingly, after all this came out it appears Epic swapped the image of that cool ninja lady above to the Ghost Rider skin instead for other surveys. It seems we weren't supposed to see that pink-haired gal just yet.