Each match you play in Fortnite, you are forced to condense the sixty-odd weapons and items in the game into your five-slot hotbar. This is something that takes a great deal of practice and game-sense to get right, and depends entirely on your situation. Do you take a Sniper, or a Rocket Launcher? Do you pick that Suppressed SMG with your SCAR, or stick to the Hand Cannon?

Our Fortnite loadouts guide comes equipped with everything you need to know about the best weapon combos currently in Fortnite, as well as how to analyse your situation in order to answer the above questions on the fly. By the end of this guide you'll have a better idea not just of which weapons and items to pick for yourself, but also how enemies you encounter will play depending on their own loadouts.

Below we'll guide you through some principles to bear in mind when deciding upon your loadout, as well as some of the most popular weapon combinations currently in Fortnite. If you're looking for a broader overview of Fortnite's Battle Royale mode, than you may want to view our Fortnite guide, which is packed with tonnes of content and beginner-friendly explanations on things like the Fortnite Storm, all the Fortnite weapons on offer, and guides for each of the Fortnite week 6 challenges. 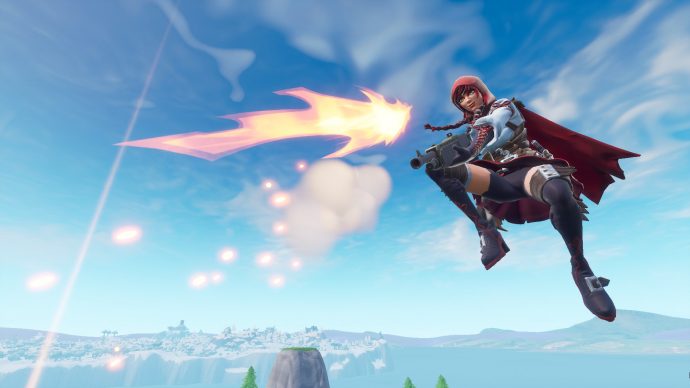 Fortnite gives you the ability to arrange your loadout however you see fit, but there are a few things you should pretty much always have on your hotbar:

In addition, it's always best to keep the same weapon types in the same slots from match to match, so that your muscle memory can learn to switch to the correct weapon when you need it. 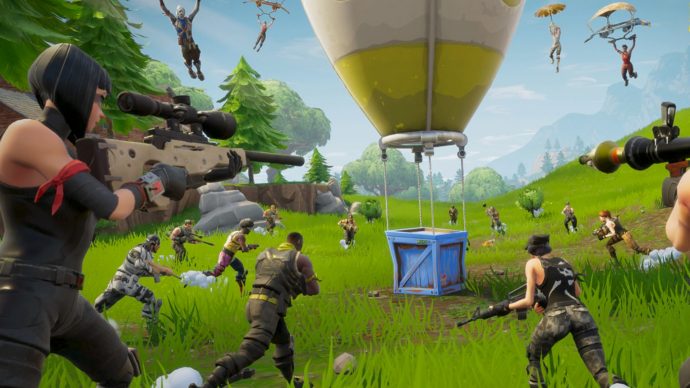 Now you've got some more in-depth choices to make. Here are some of the most common choices players will find themselves making regarding their weapon loadouts during a match:

When it comes to close-range fights, do you pick Shotguin or SMG? One favours high damage, the other favours high fire rate. Overall, the Shotgun nearly always prevails. Often, with players building structures all around them when threatened, you only get a brief moment to land a shot, so you need that shot to be as damaging as possible. Shotguns are therefore the kings of close quarters combat, and I would always pick a shotgun over an SMG for close range.

BUT! It's better to pick both when possible. Shotguns will deliver the powerful burst damage, but they're terrible when it comes to breaking down structures; so pair one up with a fast-firing SMG and you can shred through those walls before switching to your shotgun to deliver the finishing blow.

This is entirely down to player preference. Both are fairly long-range options, and it's tough to say which is more effective. Snipers reward accuracy and timing, but they're tricky to master and it's difficult to snipe a player who is building around themselves. Explosives such as Rocket Launchers are fantastic at bringing down structures and causing chaos and confusion, but they're predictable and lack the sure damage of the sniper.

But if you're at full health and wondering which item would be best to pick for the upcoming encounters, it's generally best to stick to shields over health, because it is your first line of defence and fairly quick to replenish compared to health. You'll also have the ability to replenish health through Cosy Campfires, lessening the need for healing items to fill up your hotbar. For a full rundown of all healing and shield items on offer in Fortnite, take a look at our Fortnite healing items guide.

Below we've listed five of the most commonly used and reliable weapon and item combinations, for you to use and adapt as you see fit. 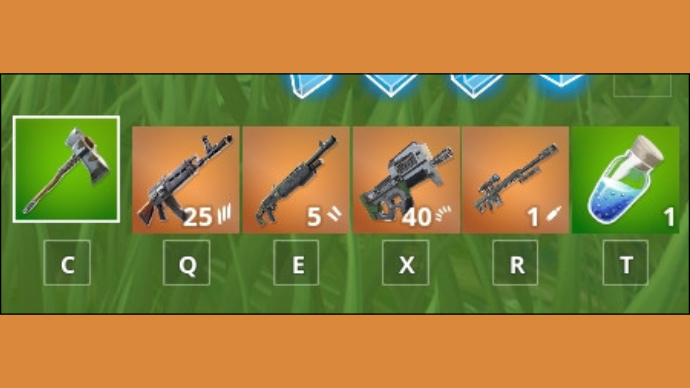 This loadout provides you with a bit of everything - short range, medium range, long range. With the fire rate provided by the SMG, you can feel free to use a slower-firing but harder-hitting AR such as the Heavy Assault Rifle for even greater damage potential. What's more, if you've got a Heavy Sniper you can tear down an opponent's wall and immediately switch to your AR to deliver some quick, unexpected damage.

Of course, four slots for weapons means you have no room for utility items such as Gliders, Grenades, and so on. But this is still a powerful and versatile loadout that will see you through most situations fairly well. 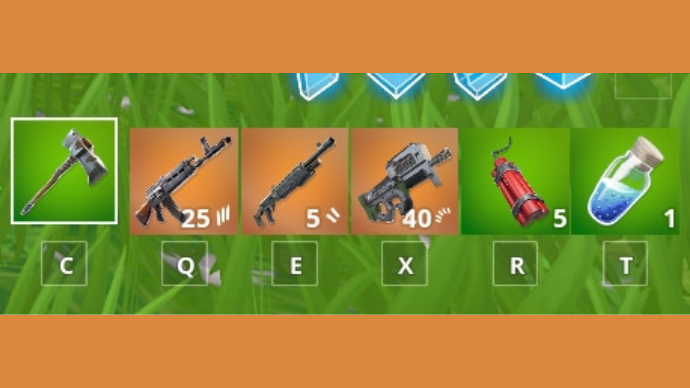 This combination focuses heavily on close quarters combat, with the Shotgun, SMG, and throwables such as Grenades or Dynamite all working in tandem to help you maintain the pressure and gain the advantage during hectic build battles. Of course, this means anything beyond close-range must be handled by your Assault Rifle, so it's best to play to your strengths and close the gap between you and your opponent as quickly as possible, because you won't fare well against the above loadout, for example, if you're stuck at long range. 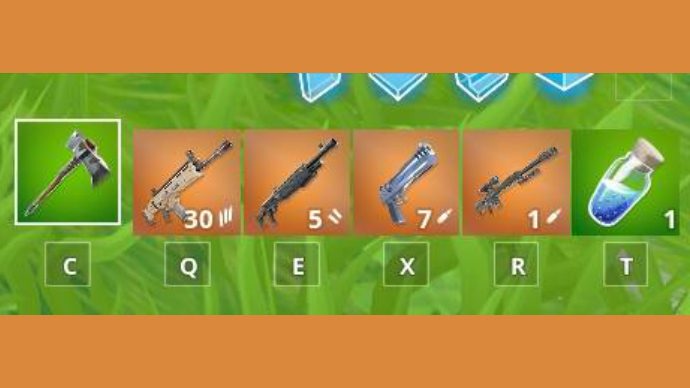 One of my personal favourite loadouts, this hotbar keeps the Assault Rifle and Shotgun for medium- to close-range fights, but replaces the SMG with the Hand Cannon, one of the most versatile and underrated weapons in Fortnite. The Hand Cannon is hard-hitting, accurate, and even after its nerf in the V7.40 Patch Notes, it can two-shot most walls - which means you can switch quickly from Hand Cannon to Sniper in order to destroy an opponent's cover and then headshot them before they know what's happening.

The only sustain here is your AR, which is this loadout's main drawback. For this reason it is usually best to equip a SCAR rather than the slower-firing Heavy AR. But regardless, the Hand Cannon provides enough utility at any range to offer alternative means of survival. 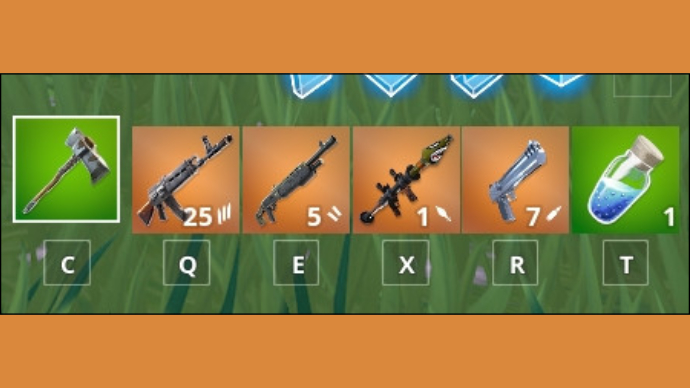 A popular trick with weapons such as the Rocket Launcher is to fire a rocket towards a player hiding in a structure, and then destroy their wall just before the rocket detonates, so that the rocket delivers maximum and unexpected damage to the enemy. The Hand Cannon excels at this with its powerful structure damage, so it finds its way into this loadout, which prioritises explosives over the sniper rifle route.

"Rocket Deagle", as this strategy is called, is not nearly as powerful as it used to be thanks to the V7.40 nerfing of both weapons, but it's still a strong loadout, and difficult to defend against if you come across someone who has adapted to the recent changes. 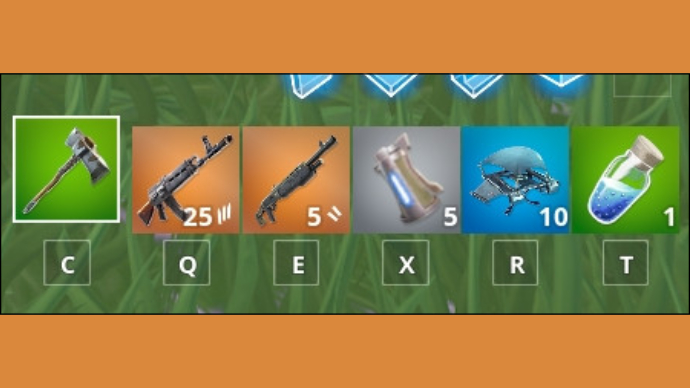 If you're only to bring two weapons to a game, make them the Assault Rifle and the Shotgun. The AR can deal with medium and long range, while the shotgun is necessary for close-quarters. It's not without its flaws, but it'll do.

And having just the two weapons gives you more slots for other utility items. Healing is a must, of course; but aside from this I prefer to use one damage-dealing item, such as Grenades or Dynamite, and one mobility item, such as a Glider or Port-A-Rift. Currently I favour the Glider as it provides a simple, easy method of travel and avoiding fall damage. Together, this loadout provides versatility not in its weapon choices but in its utility choices. Plus, after you've used up your grenades, you can always pick up a spare SMG or Sniper to better round out your hotbar.

Obviously there are a great many possible permutations of each of these loadouts, but these combinations are particularly popular and high-performing at every level of Fortnite play. Let us know in the comments what your preferred Fortnite loadout would be by the end of a match, and keep checking back for all the latest strategies and information on Fortnite Battle Royale.