All of time is happening at once, like in that Doctor Who episode but with less odious Churchill jokes. This is Fortnite Season 10, where timey-wimey portals have opened up passages to content of Christmases past, as well as snazzy two-person mech suits.

They've called it "Season X", but you can't just leap into roman numerals whenever it sounds cool. Then where would we be.

I'm going to whack the story trailer here first because I like it.

Some good nods to previous vids, there, including the disturbing implication that the banana remembers. Right, time for videogames.

You don't just stumble across the mech suits: several of them plummet to the ground at the start of each game, in a haze of blinding fire that reflects the pain whoever gets to them first can inflict. One person hops into the driver's seat while the other shoots a shotgun and a missile launcher, which is brilliant. Unless there's something I'm missing that stops this, you can wind up with two people on opposing teams stomping around together for the whole game. Lord knows how they resolve a match if they're the last two surviving. It seems pleasingly Hunger Games in a way battle royales have long-stopped evoking.

You can also try to scurry between the two seats at once, if you're either feeling adventurous or trying to entertain people on Twitch. I haven't managed to get inside one yet, but I did get stomped on a bunch.

They're a neat addition, but it's a shame you can't drive quad-bikes or hamster balls into them. The developers "feel that Season X is better experienced with a reduction in mobility", so they've "vaulted" those along with the glider-redeploy item, mounted turrets, and a few other items.

On to the rifts! They're intriguing, yet infuriating to cover. The patch notes read like so:

"The Zero Point Explosion has made the island volatile! Locations once thought to be lost are beginning to appear, but they aren’t the same as they once were… Drop in and explore to discover what mysterious gameplay changes they have in store."

With nothing more explanatory on Reddit at time of writing, I went for a wander. "I'll know what I'm looking for when I see it", I thought, forgetting that I'm not nearly familiar enough with all the changes Epic have made over past seasons to reliably clock what's new. I figured it would be 'shimmery', though, so when I eventually saw this I thought I'd hit the jackpot. 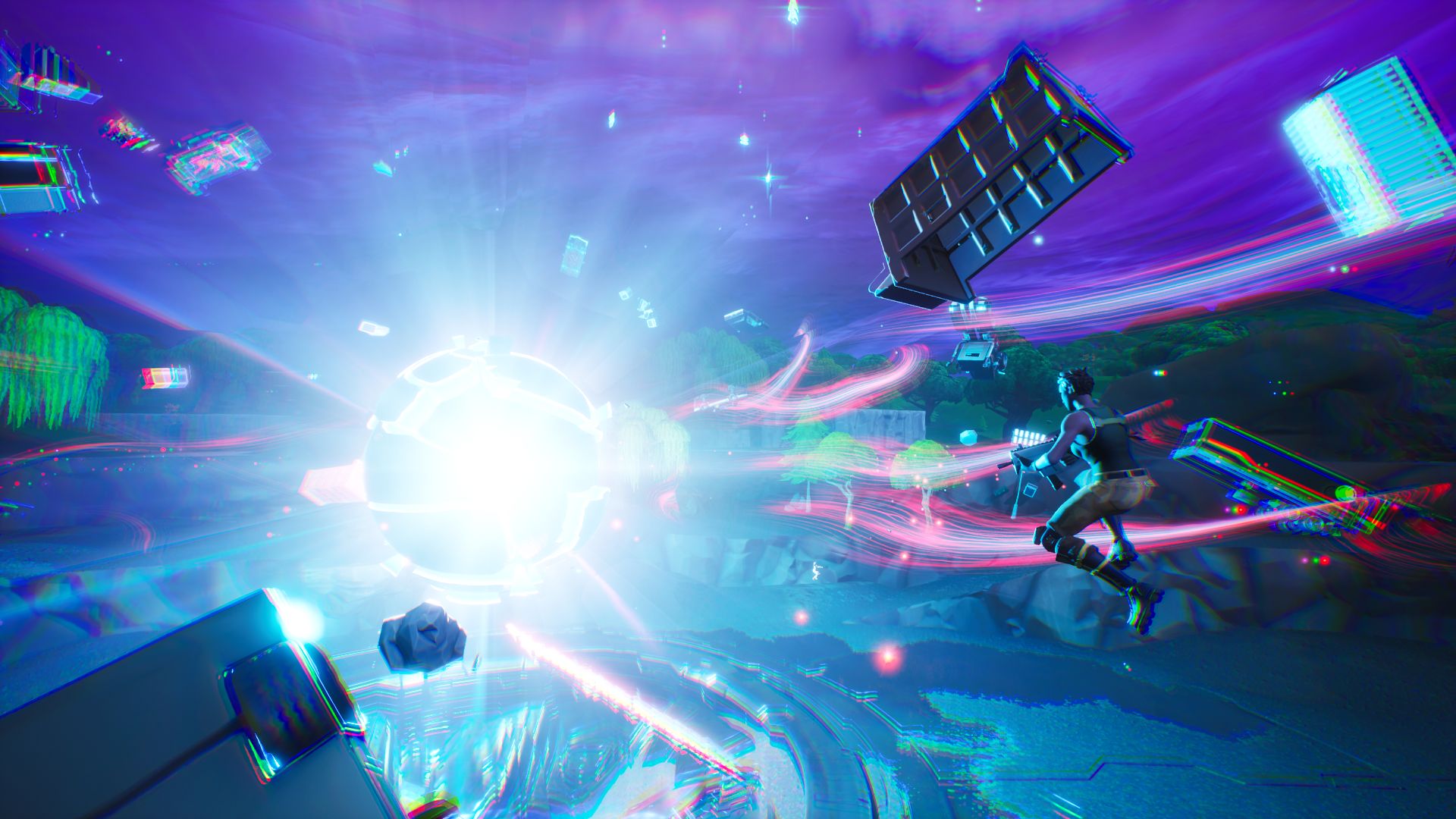 Turns out I was looking at the Zero Point Explosion, not one of the time wibbles it's causing. I did briefly glide past an incongruous hologramatic tomato, fortunately when Fortnite Ollie happened to be looking over my shoulder. He informs me I was looking at Mega Mall, but that tomato was the same tomato as from Tomato Temple (or Tomato Town, if you remember that far back). At this point it's hard to say if the wibbles get any more more wibbly than that.

There's also battlepass guff, obviously, and changes to how the more competitive Arena Mode works. Check out the patch notes for more details, or the overview video below. It mentions that the map will be "different each time you play", but you will have to listen to the ghastly way the voieover says the word "dimension".

I do like this. Reaching number X seems a good time to look back at all the weird and interesting stuff Fortnite has been up to for the past two years, especially when done in a way that is itself weird and interesting. At the same time, it's also a signifier and a symptom of that 'never-ending escalation' problem. It's impressive that Epic have managed to stave off this question for so long, but: where does Fortnite go from here?