Season 6 of mega-popular murder-a-rama Fortnite Battle Royale has just kicked off, launched with a huge update which once again changes the landscape of Murder Island. A few days after a giant runed cube completed its journey across the island and turned the central lake into jelly (which was an actual real in-game happening, to be clear), Loot Lake has blasted open a swirling vortex which lifted its main island into the sky and seems to have torn open rifts to a shadowy world. Players can now find Shadow Stones in "corrupted" areas of the battleground, which turn us invisible when we stand still and make us generally sneakier. But mostly I'm here to surf the vortex, bouncing up and swirling round.

Spooky-ooky! Along with that obvious change towering above the map, spots scorched with runes along the cube's journey have been "corrupted". They're Halloweenified, with twisted trees, and strange Shadow Stones which grant shadowy powers.

Like the low-grav crystals from before, these can be consumed to gain special powers. Players turn into ghosties for 45 seconds, becoming invisible when standing still and only a smokey figure with trails when moving. Ghosties move faster and jump higher too, and can dash forward in a cloud of runes by 'attacking'. You can't attack anything while ghostified, but can cancel the spectral form at any time by pressing your alt-fire button. I thoroughly enjoyed spooking someone who was evidently encountering ghosties for the first time and got spooked as I circled and swept. And then their pals arrived and they shot me. So it goes. 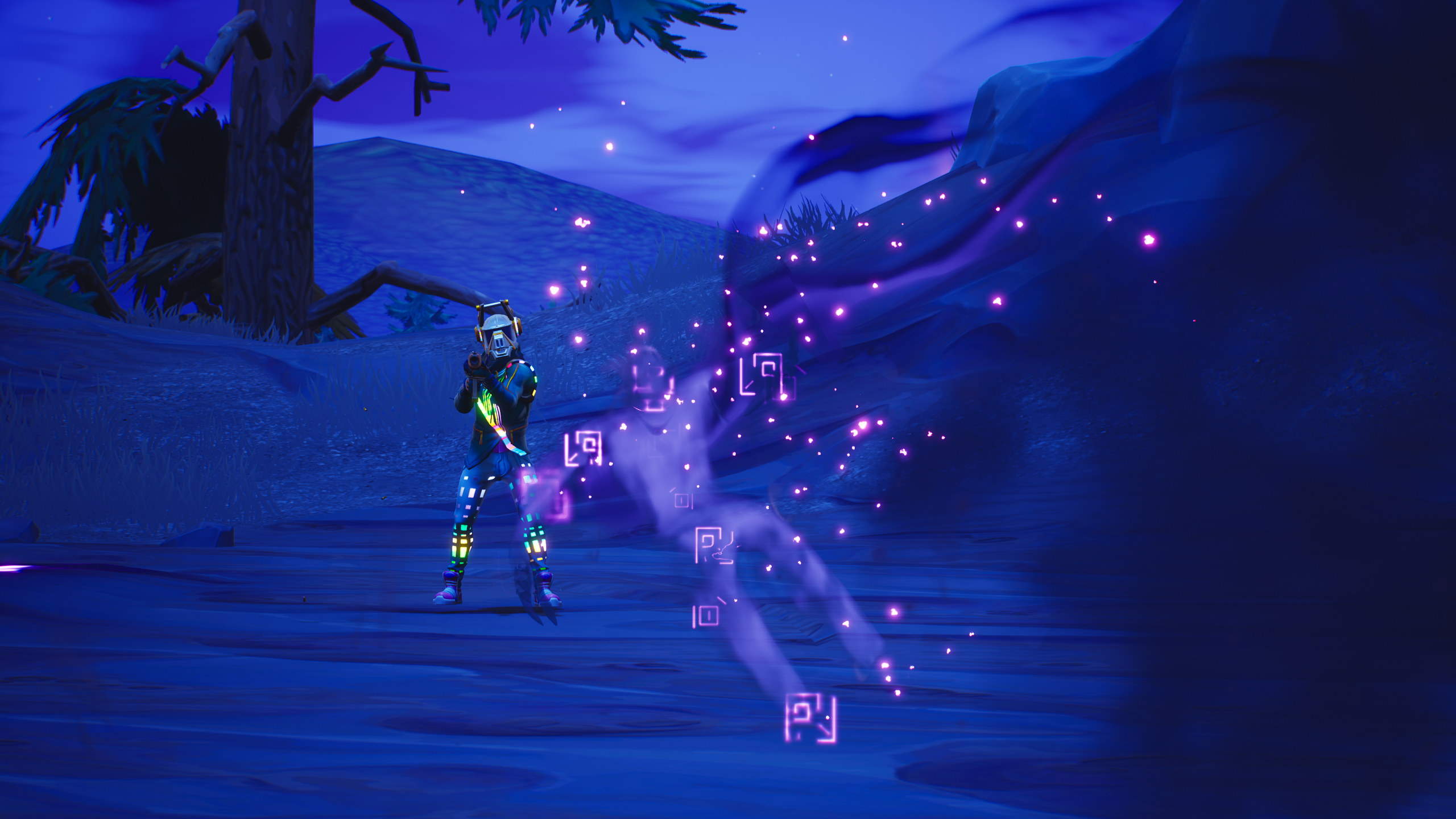 Developers Epic Games have made changes deeper in Fortnite's guts too. The Impulse Grenade, Suppressed Submachine Gun, Light Machine Gun, Bouncer, and Remote Explosives have all been removed from the main mode (there's still in the sanbox), placed in the 'Vault'. Weapons have come back from the Vault before, as the guided missiles did after a reworking, but for now they're out.

Storm circle times are reworked too, with time removed from each circle's wait time and an equal amount added to its shrink times. Each circle will last as long overall, then, but they'll start moving sooner - and then move slower.

What I have most enjoyed in this update is surfing the currents of the Loot Lake vortex. Drop in from the skies and it'll spit you back out, riding up and around and down and up and up and down until some git shoots you out the sky. So it goes. (Click to play this.)

I will never change my skin. Oh, but for cowards who do covet new shinies, a new battle pass has arrived with new pets and Halloween-y skins and cosmetic doodads as rewards for completing challenges and levelling up the pass.