Over 12.3 million people dropped into Fortnite last night for the world premiere of Travis Scott's new song, The Scotts, and it was really quite cool. The in-game event sees a giant holographic Travis descend from the skies to serenade players with an extravegant performance including fire raining from the skies, the world flooding, rollercoaster tracks growing across the skies, everything going topsy-turvy... a real fancy show! The event will repeat today and Saturday so you can still catch it in-game, or you can just watch it recorded in this here handy video below.

Here's the event as captured by "OrangeGuy" (also the source for that ↑ picture):

That's mighty fancy, that. Definitely one-up's last year's Marshmello concert, though that was definitely going for more of a concert vibe than this music video sorta thing.

The Astronomical event will run another four times. In the UK, those times are: 3pm Friday; 5am Saturday; 4pm Saturday; 11pm Saturday. If you catch the show, Epic will give you an Astroworld glider and two loading screens for free.

You can also just... buy Travis Scott skins? Be regular person Travis Scott while playing Fortnite? After the Ninja skin, anything goes. 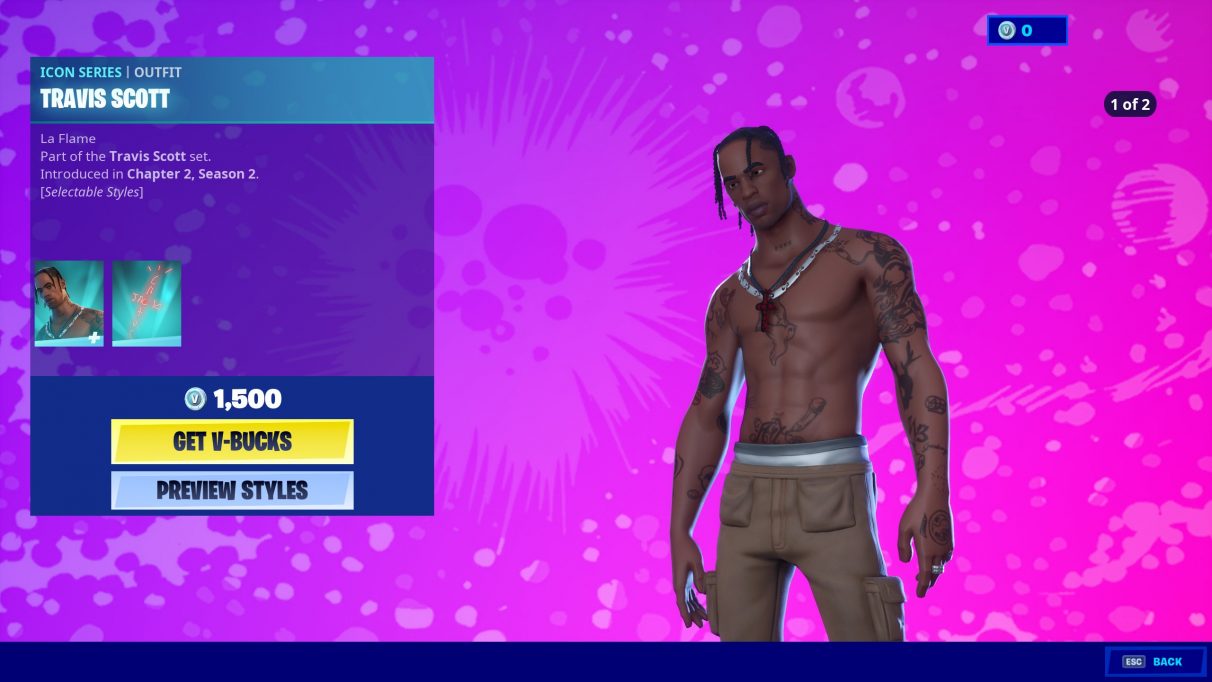