Free-form town-builder Foundation, which popped up on Steam & GOG early access last week, falls squarely into the category of "games I wholeheartedly recommend but struggle to say many useful things about." It's like a bath. Baths are good. I like baths. You should take more baths. But I'm reasonably sure you don't want to hear about what I listened to on the radio, what I was thinking about as I stared at the ceiling for twenty minutes, what colour my towel was or how thoroughly I scrubbed my armpits. (And if you do, let me know and I'll set up the Patreon immediately).

Foundation is indulgent. It's about doing what you want, which is to say building a sweet little medieval economy, without much else getting in the way. Soaking in bubbles, by way of building bakeries and shearing sheep.

Foundation is a halfway house between the more intimate scale of a Settlers game and the god's eye view of something like Cities: Skylines. We're talking citizens in the low hundreds, but still being able to 'paint' sizeable sections of an enormous, picture-book-pretty map as residential, farming or harvesting hotspots.

In terms of theme, this is how many management-strategy boats are rocked: zero. We're talking wheat farms and windmills, mines and market stalls, in harmlessly pristine and clean cod-Medieval fashion. The worst thing that can happen in this evergreen Disneyland is that somebody leaves town in a bit of huff because there weren't enough berries for their 318th consecutive meal of berries and berries alone, or that the pew-to-bums ratio in your tiny church had grown insufficient as population swelled.

Like I say, a lovely, warm bath. I don't say this to belittle Foundation at all. It is demonstrably not staring you murderously in the eye, digging its nails deep into your quaking palm and daring you not to flinch as your blood dribbles off the table and onto your shoes, as is often The Modern Way. Its approach - and it's one that's more cutesy than blandly sanitised - is to leave you free to get on with planning a town, figuring out how the economy works and picking a whole lot of berries.

Foundation isn't a difficult game, but it's not a simple one either. It's underpinned by many management/strategy tropes, all gathering resources to build shacks and farms, assigning roles to your unprotesting townspeople and setting up trade routes, but many of them are thoughtfully askew, just a little different from convention.

Zoning's one example - we're most familiar with it from outright city-builders, wherein you designate particular areas as being purely for the cramped homes of shattered commuters, or for poison-spewing factories or unfettered consumerism. Here, it's smaller-scale. That forest can be chopped down, this meadow can have houses in, farmers can farm on this patch or trees can be re-planted on this scrubland. 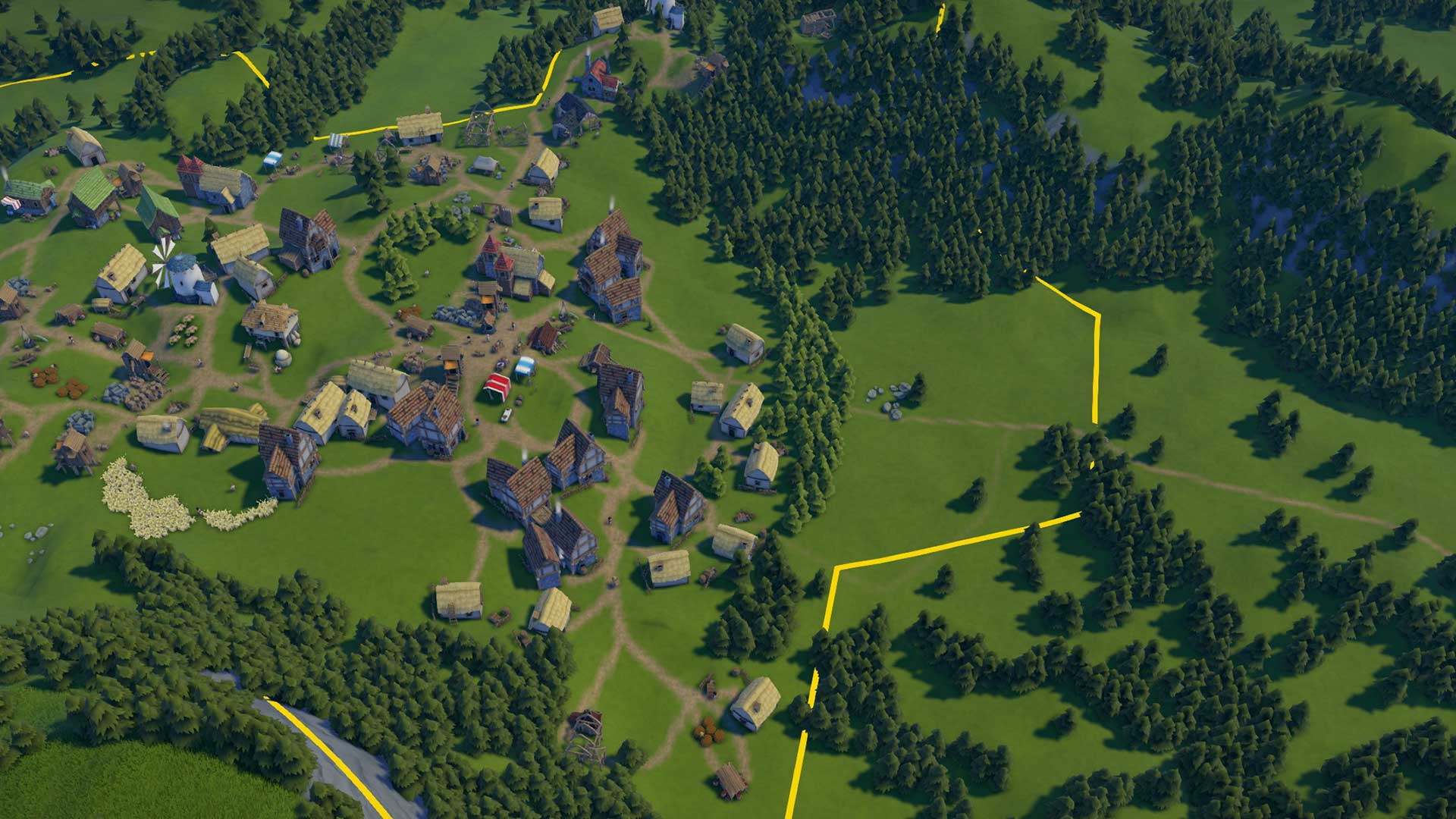 There's no great need to keep things orderly. You can build anywhere, other than steep slopes, without real restriction, and you won't pay a price for it (though some spots are better than others for e.g. farming). Your town isn't going to go to hell because most of your houses are clustered around a coal mine or because it's a long, long walk for the shepherd when he needs to shave a sheep or two. This system does have some practical purposes, such as ensuring berry-pickers actually pick berries, but exists mostly for your own pursuit of aesthetic perfection. "I want my houses here and my wheat fields there, because it looks nice." It sounds so meaningless, but in practice it's weirdly meaningful. Make it how you want it.

Then there's a sort of quest system, whereby you can choose to earn the favour of either the common folk, the distant church or the equally distant king, by donating stockpiles of certain resources. Couple that with raising three different types of 'splendour', and you get to pick from an à la carte menu of new buildings and upgrades. I've fed the cat and put the kids to bed, now: candles or bath-bombs?

Like so much of Foundation, this isn't a challenge as such, but rather a matter of getting around to things when you've got your economy running smoothly and fancy throwing a few new toys into the mix. I've finished washing my hair, so maybe I'll read a few pages of my book.

But then! Maybe the maintenance costs of your new manor house or church spire are a little bit beyond your income, so you need to go fiddle with the trade settings and sell some excess wool or iron. You can get into a few short-term messes like this, but the fixes are straightforward, at least once you've sussed out the currently too-functional interface. The water's gone a little cold, so I'll run a little more hot. 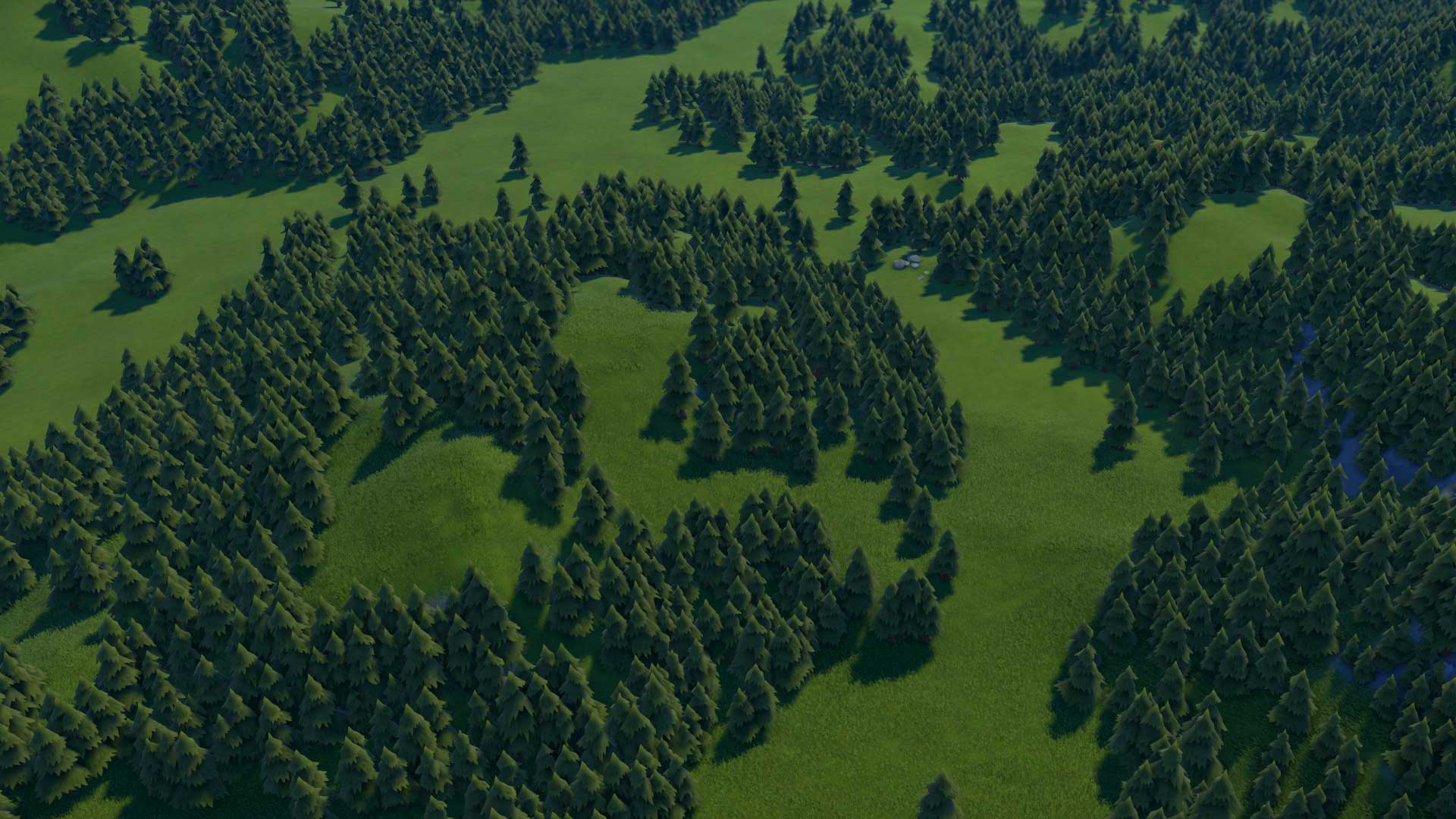 I'm conscious that everything I say about how Foundation works likely sounds terribly familiar, but while playing it is most definitely a comfortable experience, I'm not at all on auto-pilot. So many little things are a little bit different than the norm. Not much, but enough to make Foundation feel its own game, rather than the sum of other people's parts.

It's so pretty, too. The Playmobil people I can take or leave, but the vast expanse of chubby trees, lush grass and depth of field-kissed houses is continually delightful. Foundation is very much not a screensaver - you'll be busy all the while - but I think seeks to evoke some of the zen calm a good screensaver can - and succeeds. 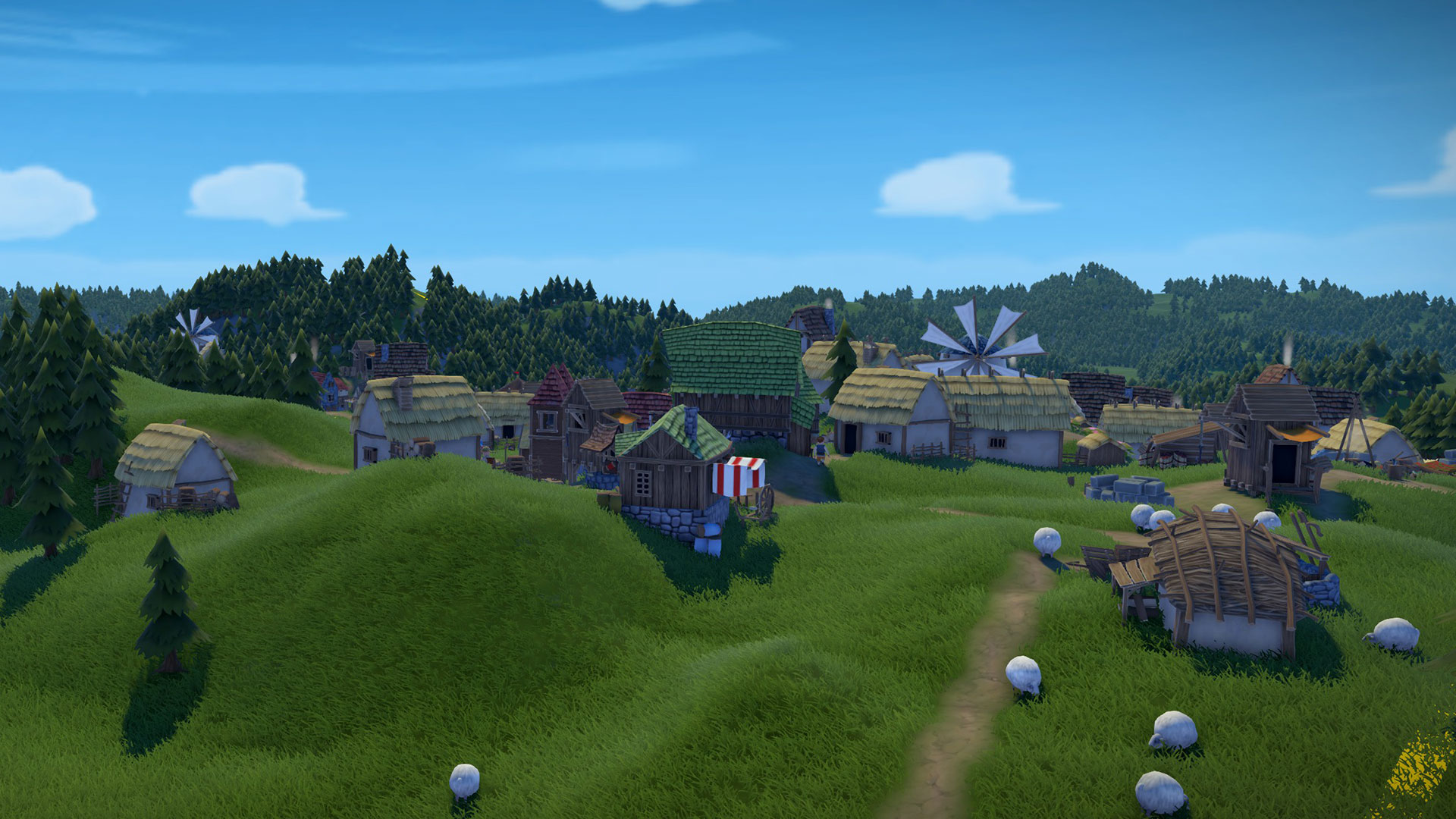 And this is just the first alpha build. Oh, you'll be able to tell right away that it's an early access affair, from the straight-outta-Windows-95 UI to occasional game-stopping glitches to an outright useless problem-locating system (which means a whole lot of close scrutiny and guesswork when you end with a logjam somewhere). Such ugly chips on the tub's enamel disappear once it's filled with lovely bubbles.

Tell you what, I'm planning on taking a lot of baths over the next few months.