I've been playing Freeman: Guerrilla Warfare over lunch for the last few days, in preparation for its full release. That moment is due tonight.

Normally here I'd tell you what sort of game it is, but there's only one way to say this: It's Mount & Blade as a first-person shooter.

Where has this been?

It is janky, let's get that out of the way. Even after its 20 months in Steam Early Access, I don't see this release smoothing off many of its rough edges. As a critic and definitely not a trio of confused children posing as a proper person, I should give it a hard time for this. It's certainly not doing some things that I wish it would, and a couple that it definitely should. But equally, I can't pretend I'm not very fond of it already.

It's an RPG, with strategic elements as you wander a wartorn land fighting or supporting local factions, recruiting and running your own, later employing generals to run captured towns and organising logistical and trade fleets to keep everything supplied. And of course, you lead your people into FPS gunfights. Any time you cross a hostile force, you enter a pitched battle where your soldiers, convinced/coerced captives, or angry women from a village face off in the open against pirates, bandits, and convoy guards. Just look at my gang here. We captured a pirate leader, it was great. 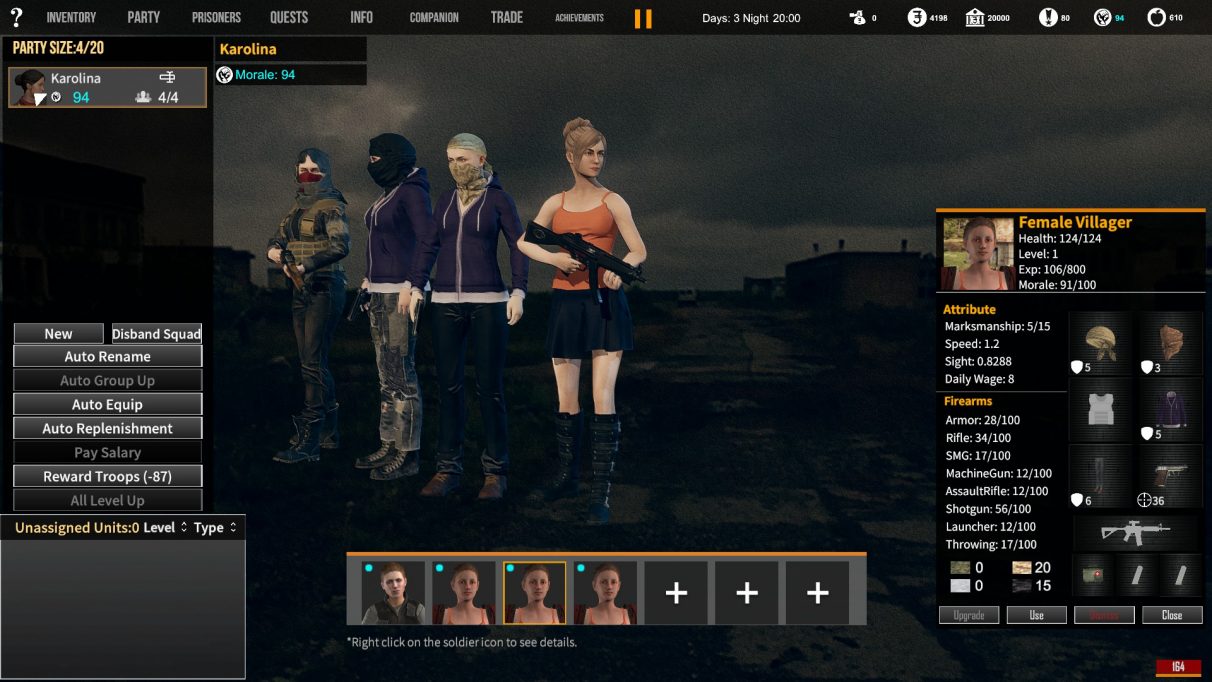 As FPSses go, it's ... fine? It's all clearly budget but it feels good. Gunfire is LOUD and the three way shootouts in particular are atmospheric in a stark, surprisingly frightening way. You're incredibly fragile and can't really Rambo around without being shredded, so caution and tactics and flanking count for a lot, which is where ordering your people around on the tactical map comes in. That's a bit wonky too, but it works well enough that I've already had to counter-flank a sneaky pincer attack.

It needs some HUD options, and it sorely needs proper save game options. Developers KK Game Studio have highlighted modding tools as a feature of the full release. They'll be very welcome indeed, but I hope they don't signal the end of official bugfixes and tweaks.

Again, it's janky. This is a budget game doing some ambitious things, and it's not for everyone. But after just a few hours I have a strong feeling it's for me, and I'll definitely have more to say in future.

Freeman: Guerrilla Warfare is on Steam. Its full release, and full price of $25 are expected to come later tonight.