The fate of humanity, or at least a slim and freezing remainder of it, rests upon the bewildered shoulders of someone who can't even keep a basil plant alive for more than 24 hours. Frostpunk does not forgive. Frostpunk does not have mercy. Frostpunk will kill everyone. Unless I can stop it.

I'm going to be charting my immediately catastrophic attempt to survive city-builder/survival mash-up Frostpunk's endless winter, over the course of a diary. I can't say for sure how many instalments there'll be, but going on my first day's performance, my current estimate is "one and a half if I'm really lucky."

Full disclaimer: I did give the tutorial a half-hour spin prior to the dark odyssey (let's try calling it that, instead of the far more appropriate 'series of terrible decisions') herein, just so I understood the controls and interface (just as well, otherwise everyone would have frozen to death because I didn't know where the build roads button was), but other than that, I'm doing this snow-blind. 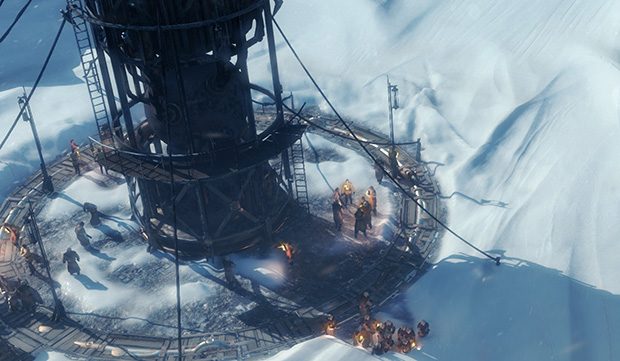 I dread to think of the terrible journey my few-dozen settlers have had to reach this place. Their exhausted trek through shoulder-deep snowdrifts, the cold, the hunger, the fear. But here they are, at the iron place of their potential salvation. A towering generator, able to create that most precious resource in this frozen hell: heat. All it needs is coal, of which there is an apparent abundance nearby. I tell everyone to smart mining immediately, convinced that I have already assumed effortlessly masterful control of this bleak situation. 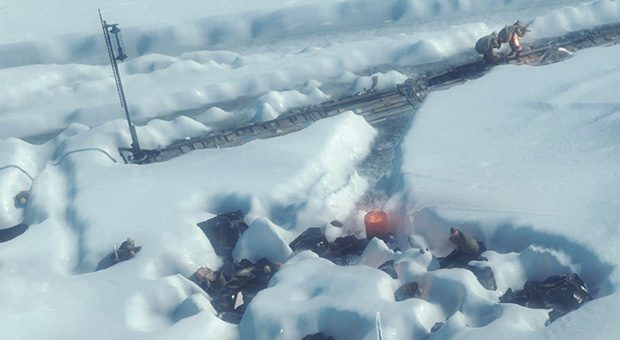 I order half the dismal miners to down tools and trek instead to the snow-locked opposite side of the crater we are all huddled within, there to collect wood from which tents can be built. There is no requirement for canvas and cloth, so I can only presume that everyone donates their trousers in order to complete the tents - surely, there is no sacrifice more painful here.

And then night falls. Everyone abandons their posts  and retreats to the homes they do not have. There is no heat, there is no shelter, and so I must pass my first brutal law: granting me power to force overtime. The power to make people work, for nothing, forever, in pursuit of an imagined future of human plenty. Just call me Jeff Freezos. 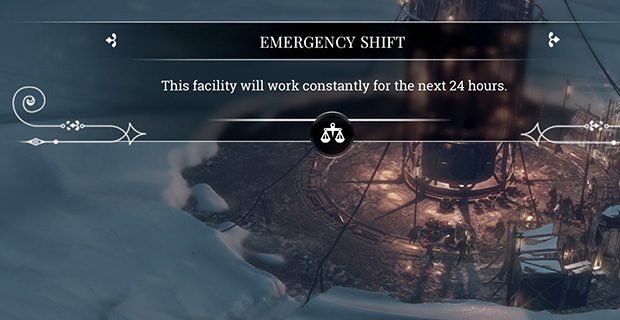 By the time the first trouser-tents are up, illness - exhaustion, cold, despair - has already begun to grip my tiny, maudlin colony. We are, thank our uncaring gods, able to ignite the generator, but the momentous statement of fiery hope this represents is undercut by the immediate need to send our broken people out to gather more lumps of wood, in order that we can then create a medical tent.

It happens. The people march, miserably, to my relentless drumbeat of harsh manual labour. "I have to be cruel to be kind," I mutter to my screen, the real world's yellow sun warm upon my back. What a monster I am, as I destroy these people in order to save them.

Ad now, there is no food. And now, they complain of hunger. I feel a flash of sudden anger at these little people and their little needs. Is there nothing you can do for yourselves? No, no. This is not the way. I must save them. If I can.