This is Brendan, broadcasting live from rumour world, where everything is made of a nebulous candy floss-like substance. The locals call it “hope.” Amid this sticky cloud, a figure has formed. It’s Geralt of Rivia, hero of popular Gwent spin-off, The Witcher 3: Wild Hunt. The monster-hunting swordsman will “make an appearance” in another game later this year, according to CD Projekt Red community lead Marcin Momot. Some have asserted that he'll be a guest character in upcoming fighting game Soul Calibur VI. Which makes sense given the close business ties between the Polish studio and Japanese publisher Namco Bandai.

It isn't confirmed. But it does raise the question: who else deserves a place on the stage of history? I asked the RPS treehouse who they’d like to see. Here’s the list we all settled on. 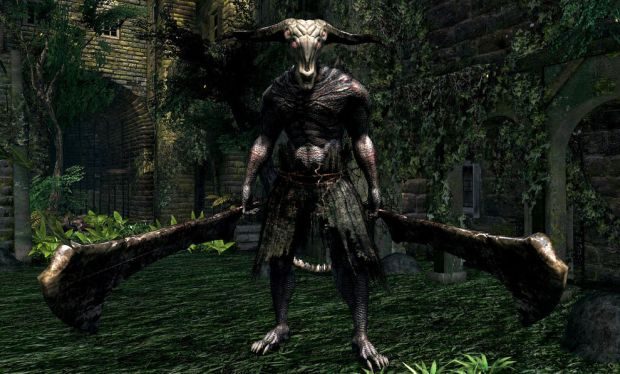 Super-duper finishing move: Pushes you into an alley the size of an old caravan, grabs the game’s camera and beats you to death with it.

The man stuck in the cauldron from Getting Over It 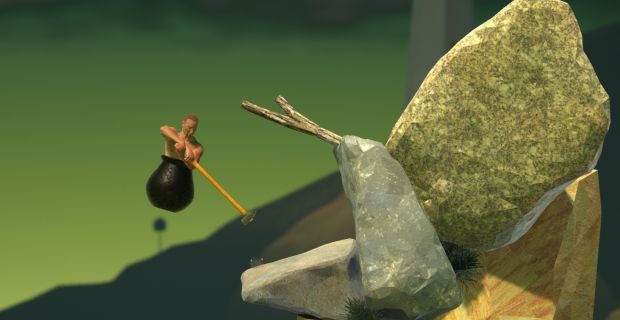 Super-duper finishing move: Slams you on top of the skull with his hammer and launches himself into low orbit, goes round the earth once and then falls back exactly where he started, crushing you beneath the cauldron. The whole sequence is narrated by Bennett Foddy.

Gregg from Night in the Woods

Super-duper finishing move: Wobbles his arms about with a howl of excited laughter. Then stabs you in the legs shouting: “It’s not a proper crime!”

Super-duper finishing move: A meter is charged by mopping up blood during the fight. When the meter is full, the Janitor triggers the ultimate soapy bucket and mops you out of existence.

The bloke from NEO Scavenger 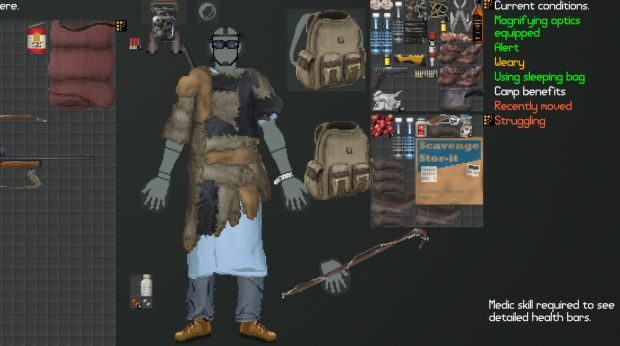 Weapon: Anything he can find

Super-duper finishing move: Limps towards you, stumbles, falls, grabs you by the legs, bashes your ankle with a fist-sized rock, tries to get upright, falls, brings you down with him, scrabbles to get you in a headlock, reaches desperately for a glass bottle, gets knocked off balance and crushes bottle under his own hand, bleeds heavily all over your face, finally strangles you with the lace from his only shoe.

Isaac from The Binding of Isaac

Super-duper finishing move: Cries on you with such childlike ferocity that you tumble backwards, off the edge of the stage, and into a slow-moving river of poop.

Him from Kentucky Route Zero with the phantom leg

Super-duper finishing move: Distracts his enemies with a noodling folksy anecdote before unleashing upon them a very tired dog.

Super-duper finishing move: Throws his rapier directly at you. You duck, thinking: “Ha ha, that won’t work here, pixel man.” But oh no. Boomerang mode is on. The rapier comes spinning back and pierces you dramatically through the heart. You whisper, blood seeping from your lips: “But… we were brothers… you and I……….”

The Silent from Slay the Spire

Super-duper finishing move: The Silent disappears. Suddenly, you are sliced with a poisonous dagger, then another, then another. Where are they coming from!? The Silent emerges from the shadows. The game continues. You’re still alive! You move forward and press a button to attack. That’s when the poison takes hold.

Weapon: His legs - the only parts that fit on the screen

Super-duper finishing move: A man ejects from the pilot seat of the Mech. He sprints towards you, blipping in and out of your timeline. With each blip, one of your limbs disappears, as if it was never there. Memories flood into your mind. You know this man. He was there on your sixth birthday. He was there when you graduated. He was there on your honeymoon. And each time he took a limb from you. This man, no, this demon. How could you not have recognised him? Now, as he approaches you on this field of battle, he is unmistakable. Finally, he is coming for your head.

Well, that’s that. What character would you like to see? So far only a few characters have been officially confirmed, including new boy Grøh. As for Geralt, he’s clearly not been forgotten about. CD Project Red have also hinted at a Witcher cameo in their upcoming RPG Cyberpunk 2077.

"I think Geralt is a little bit cyberpunk,” Mike Pondsmith told Adam in an interview, “and I hope we can sneak something in 2077 that relates to him without the fans immediately catching on."

Some in the treehouse have pointed out that Ciri seems to have been to a cyberpunk world during her portal-hopping adventures. So, who knows where all this might lead.