From bleak sci-fi to kinky bondage sex-comedy, and now an 80s glam-tinged road trip RPG? You definitely can't accuse Love Conquers All Games of being one trick ponies. I've seen Get In The Car, Loser! doing the rounds on Twitter for a while, with a fair bit of buzz surrounding it, but only now does it have a store page up on Itch. It's the latest from the creators of Ladykiller In A Bind, and reminds me in equal parts of Final Fantasy 15 and Valkyrie Profile - it's due out later this year.

Reminding me a little of EXTREME MEATPUNKS FOREVER (only a lot less gross and body-horror-ish), the main thrust of Get In The Car, Loser!'s story seems to be that sometimes you just need to proactively kick evil's arse while being gay. Cultists are trying to re-summon the Machine Devil, so it's up to four queer oddballs to go on a road trip, and beat up a whole lot of weird machine-monsters along the way. Love Conquers All describe the combat engine as an "active time battle system inspired by classic and modern JPRGS", and I'm eager to see how it handles. 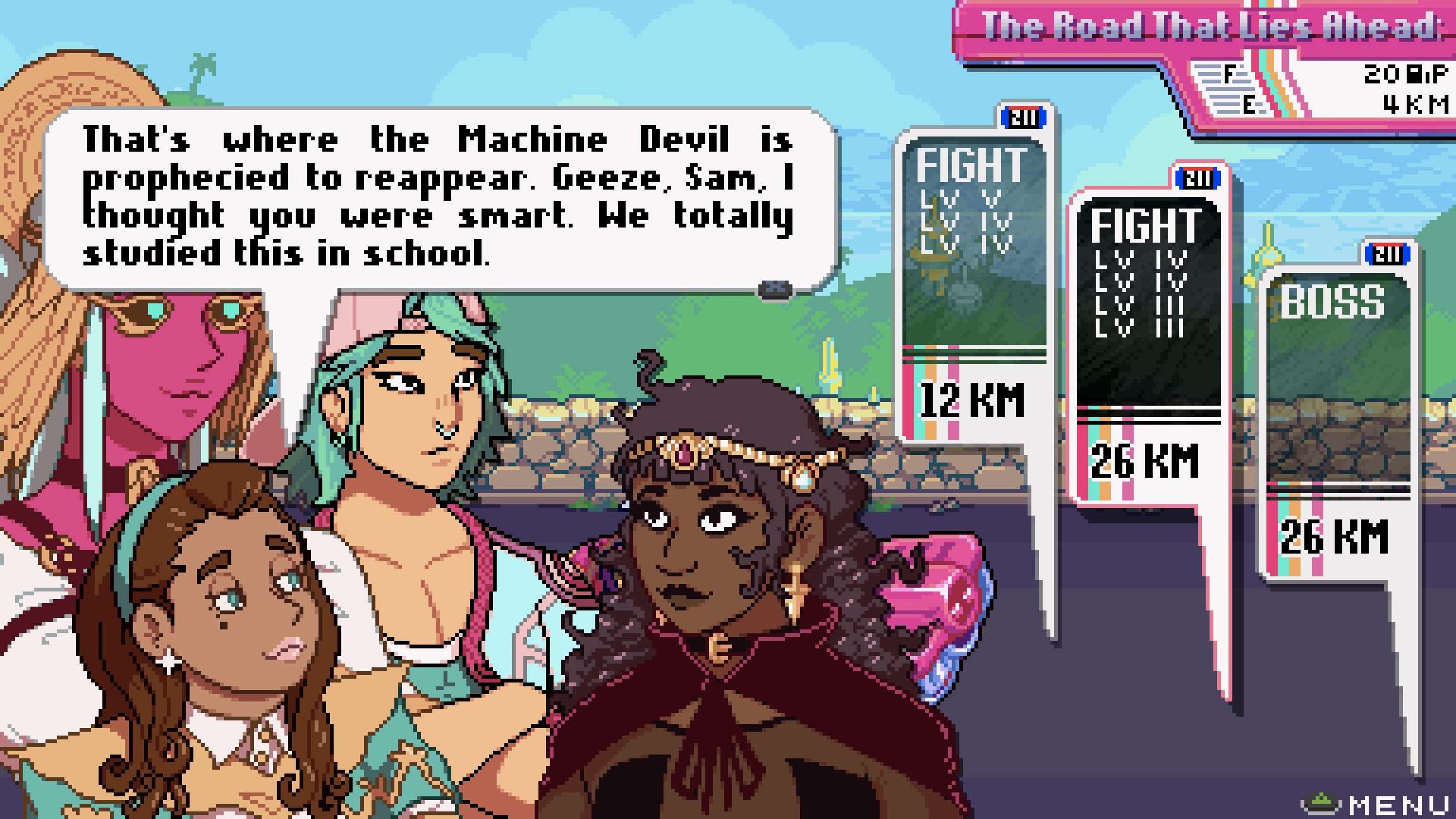 Being a road trip with a firm goal, Get In The Car promises to be a different breed of RPG, with "no sidequests, no maps, no codex entries". You've got a destination, a long road, and fights, pit-stops and other events literally signposted on the way. There will of course be branching dialogue options for your back-seat chattering, and character combat builds are largely determined by their equipment, which should hopefully open up some strategic options. I'm always up for a good JRPG, and anything as offbeat (and colourful) as this one puts it firmly on my radar.

Get In The Car, Loser! has no firm release date pinned down, but Love Conquers All reckon that it'll be out before the year's end. You can get a few more details and sign up for updates on the official site here.