If you click on a link and make a purchase we may receive a small commission. Read our editorial policy.
This is Playstyle Royale, where Matt heads into a battle royale game and is tasked with sticking to his own strange rules of engagement. This time, running someone over in a Plunk plane.

Today in Playstyle Royale, the series where I head into a battle royale game and try to earn my chicken dinner while adhering to arbitrary rules, I will run someone over in a plane. They were added to Playerunknown's Battlegrounds servers last week, opening up a new frontier of aerial murder. I'm not going to give myself any additional handicaps, because I anticipate this will be bloody difficult enough as it is.

As usual, I've got five attempts. Let's get this party started.

The party starts much further away from any planes than I intended, as I have forgotten how Plunkbat's parachutes work. I open mine way too late, so I wind up a lengthy jog away from any of the spawns indicated on the map I've got thrown up on my second screen. Worse, two people land with me. I kill one of them while he's still searching for a gun, then lurk outside for an inordinately long time until the other presumes I've ran away. I can't outshoot Plunkers nowadays, but I'll be damned if I can't outwait them. After five minutes, I have successfully committed two non-plane-based murders. 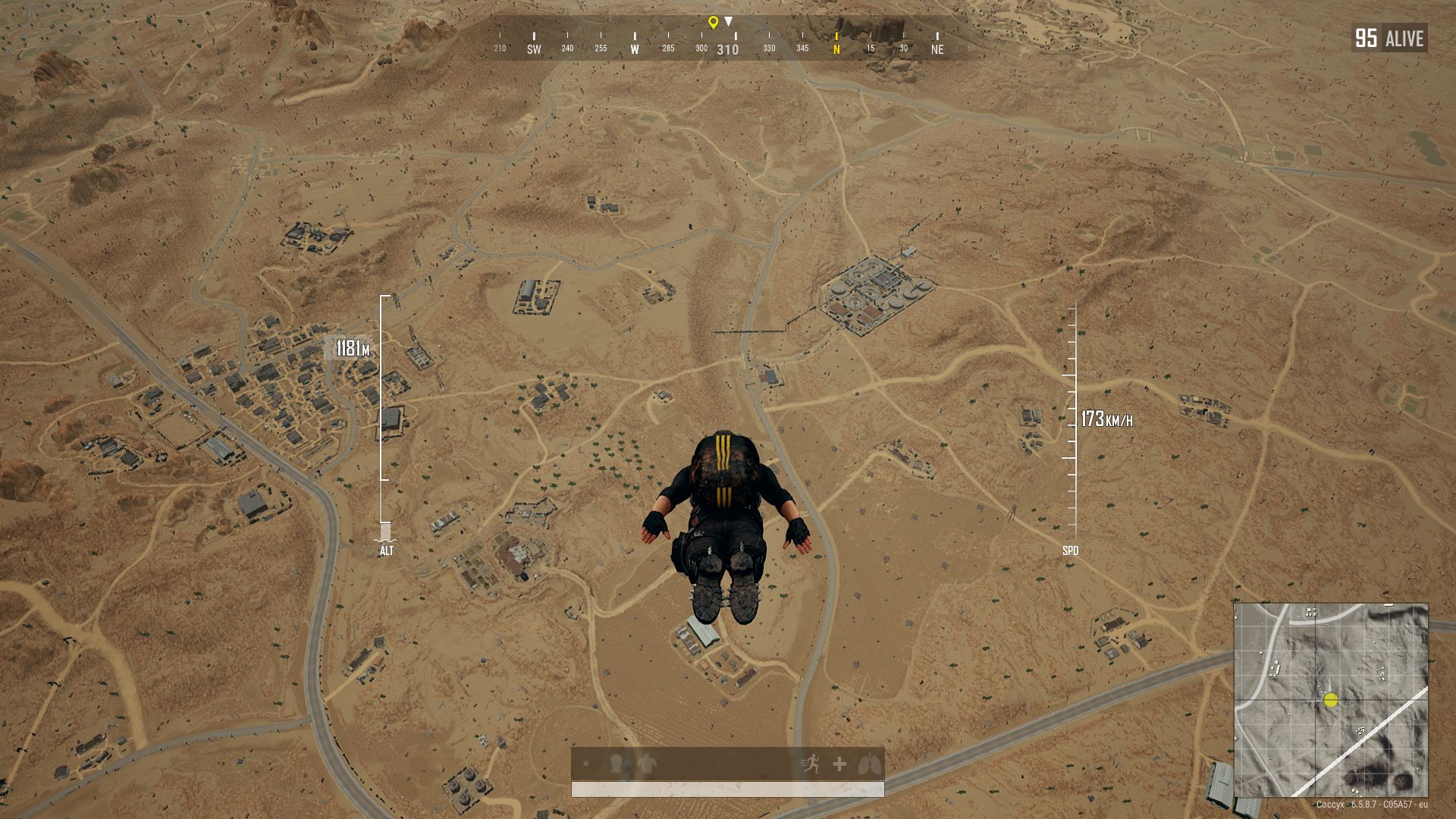 These count for nothing, of course, so I start running towards the nearest potential plane spawn. There is nout there but a buggy, so I hop in and drive over to the next spawn, even though it will soon be submerged in the blue zone. It's fine, I say to myself, I'll just fly away once I get there.

When I arrive at the inevitably empty spawn spot, far, far from the safety circle, I decide to walk into the sea instead. The blue bites away at the last of my health, and I sink down, out, and into the next round.

This time, I open my parachute way too early. Someone gives me a little honk as they drive past while I'm still several hundred feet in the air, no doubt headed towards the same plane spawn I’ve got my sights on. This is rendered academic when I finally hit the ground, walk into a building I'd hoped to be the first to reach, and am promptly shot in the face.

In the third round, I manage to find an honest to God plane. I rock up to it with honest to God fuel, to boot, thanks to ten minutes of prior wandering. Before I know it, I am in the honest to God sky. The people in the nearby town communicate their unhappiness about this by attempting to shoot me out of it, but the machinations of the groundlings now mean little to me. Aloof and aloft, I zoom off in search of people who can't cower inside buildings. 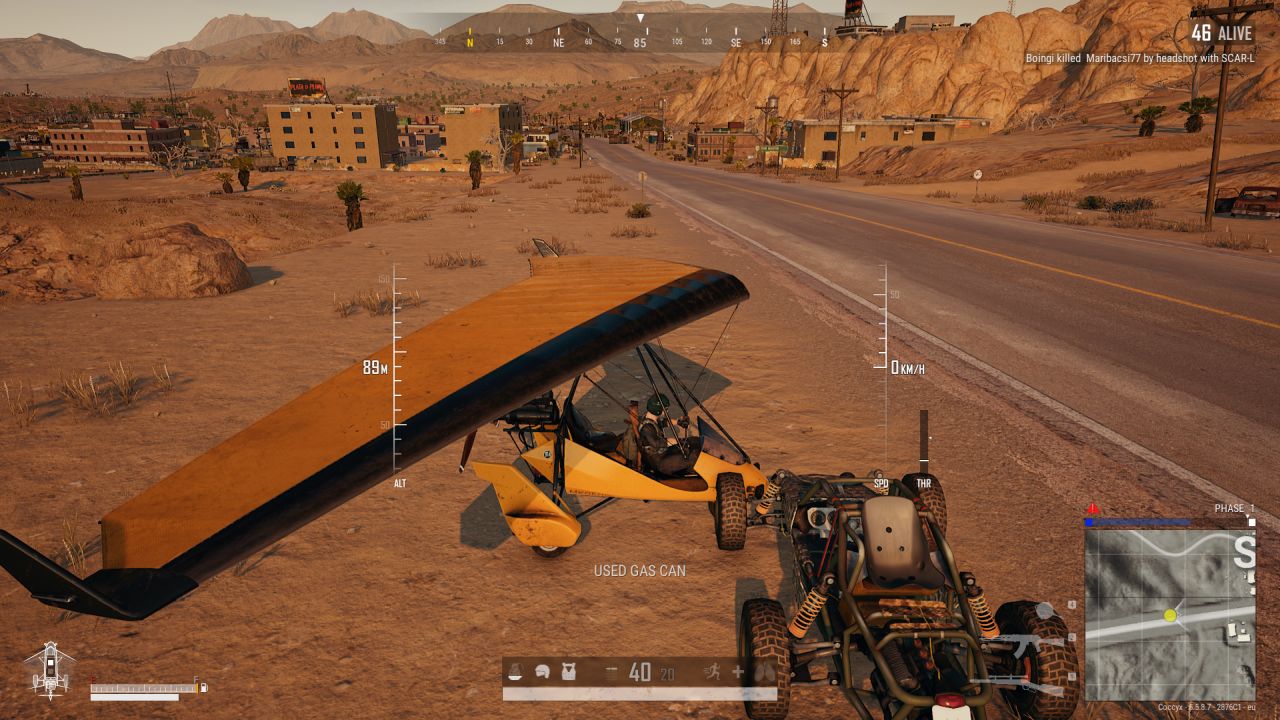 It's a bit magical, this air. It's strange to see the ground from the sky while I'm not rushing towards it. The downside is that the groundlings are very difficult to discern against the sandy wastes of Miramar, and the other, immanently more literal downside is that I am running out of fuel. I do spot a car, and consider crashing into it, but I'm loath to throwaway my skymobile so soon. I permit the jeep to tootle on, and before long I've got a more vulnerable ant in my sights.

I fly over him twice, and very, very nearly clip him with my wing on my second go. Manoeuvring is slow and clunky, and frankly it's impressive that I haven't already crashed. It is less impressive that he manages to shoot me down. I glide safely to the floor, then step out and am very unsafely shot by someone else.

Two more tries! The fourth match passes by in uneventful trundling, until someone pulls their car up to mine. We drive next to each other for a while, honking back and forth. It is remarkably civil and a little bit lovely, and neither of us tries to murder the other. Then we pass a plane, and my pal drives on as I hop in. 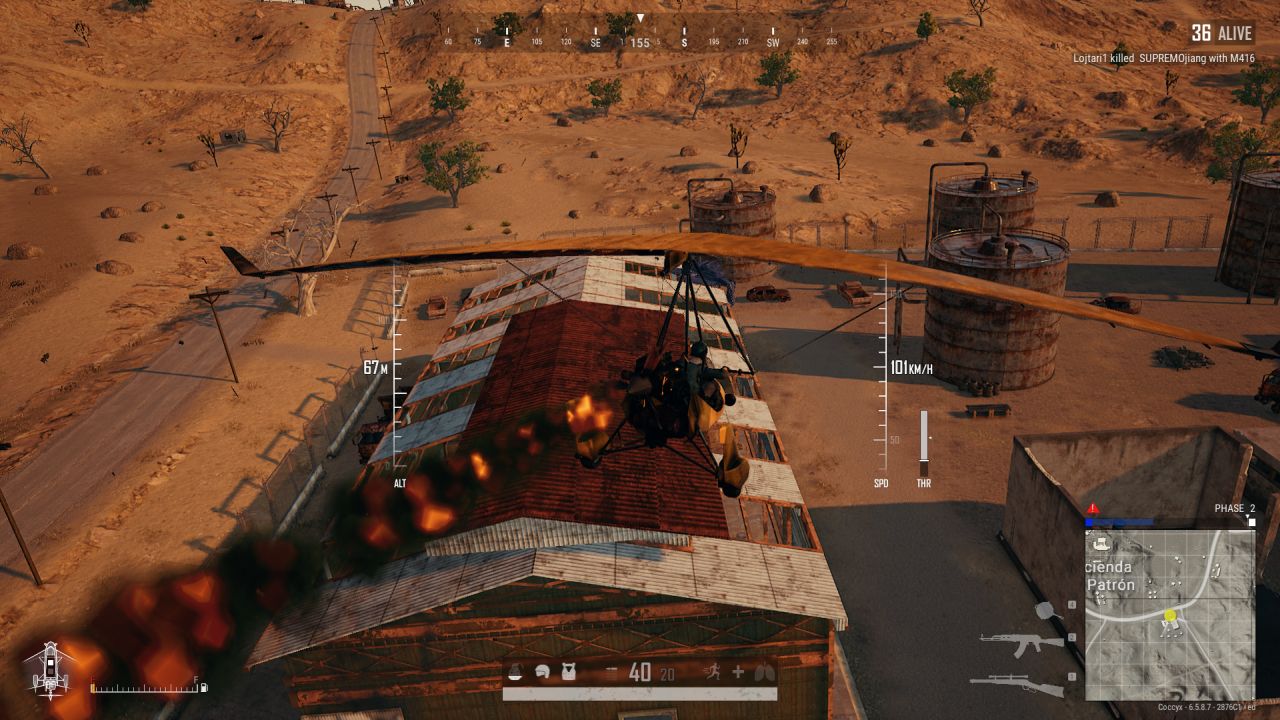 Back in the air where I belong, I spot a crate dropping in the distance. I fly over, knowing the groundlings won't be able to resist the goodies within - and am excited to discover that the skies are no longer mine alone. I've got a plane friend! I go in for a high-five, but colliding with moving mid-air targets turns out to be even trickier than swatting the ants beneath us. He flies off while I strafe around in search of the groundlings, who were indeed lured in by the crate, and are indeed shooting me.

I spot one of them, and go a long, straight glide towards him. I miss, but he does not. With my engine in flames, I manage to glide further away, then jump out and lie in wait at the crash site. My plane's murderer comes running round the corner, straight into my shotgun blast. Then he shrugs that off and kills me with his rifle, because apparently even the elements of surprise and close quarters weaponry are not enough to make up for the fact that some people never stopped playing while I got distracted by Apex Legends. 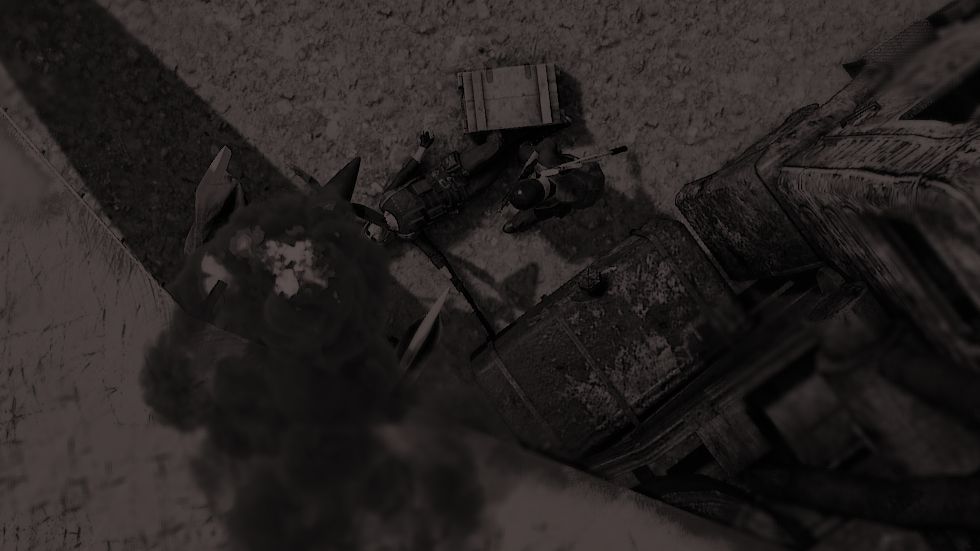 Miraculously, the final round treats me to plane right off the (Plunk)bat. I even manage to scrounge up a second fuel canister, so my plane can have a little mid-air petrol, as a treat.

I follow someone as they drive down a road, this time fully prepared to plough straight into him and end this diary in a blaze of glory and metal. He meets another driver, and they start swerving and shooting. Plunkbat has never felt more cinematic. Then they stop, too suddenly for me, so I bank around for another pass while they're still shooting each other.

I miss, but the ground is spongier than expected. I bounce off at an angle, gloriously flitting between two trees like the Millennium 'effing Falcon, then bank back around for another go. I crash into a telegraph pole, neatly flip onto the ground, and am shot.

I was hoping to end with success, but this is the next best thing.