The GLAAD Media Awards, which “recognise and honour media for their fair, accurate and inclusive representations of the lesbian, gay, bisexual, transgender and queer community and the issues that affect their lives” are in their 30th annual iteration. This year, they've added a new category, for “Outstanding Video Game.”

Included among the nominees is Assassin’s Creed Odyssey, whose latest DLC includes an (edited) forced heterosexual romance. GLAAD themselves admit this will “surely raise eyebrows,” but their justification brings up broader questions about how we celebrate queer representation.

"LGBTQ identities were an intrinsic part of the game’s world set in fictional ancient Greece, and for many players, Kassandra and Alexios became beloved examples of authentic LGBTQ representation," write GLAAD (formerly known as Gay and Lesbian Alliance Against Defamation), which is true enough.

However, they make clear that "this nomination should not be taken as an endorsement of the DLC" which "unavoidably places Kassandra/Alexios into a heterosexual relationship. At worst, this sends the harmful message that sexual orientation can be changed at will and that LGBTQ people can choose to conform to heteronormative expectations in spite of their identities."

The organisation talks about Ubisoft's public apology, and how they've been in direct contact to improve the DLC and ensure that future releases don't make the same mistakes. It's all well and good but requiring a disclaimer like this in the first place kind of suggests that Odyssey wasn't, in fact, "outstanding." 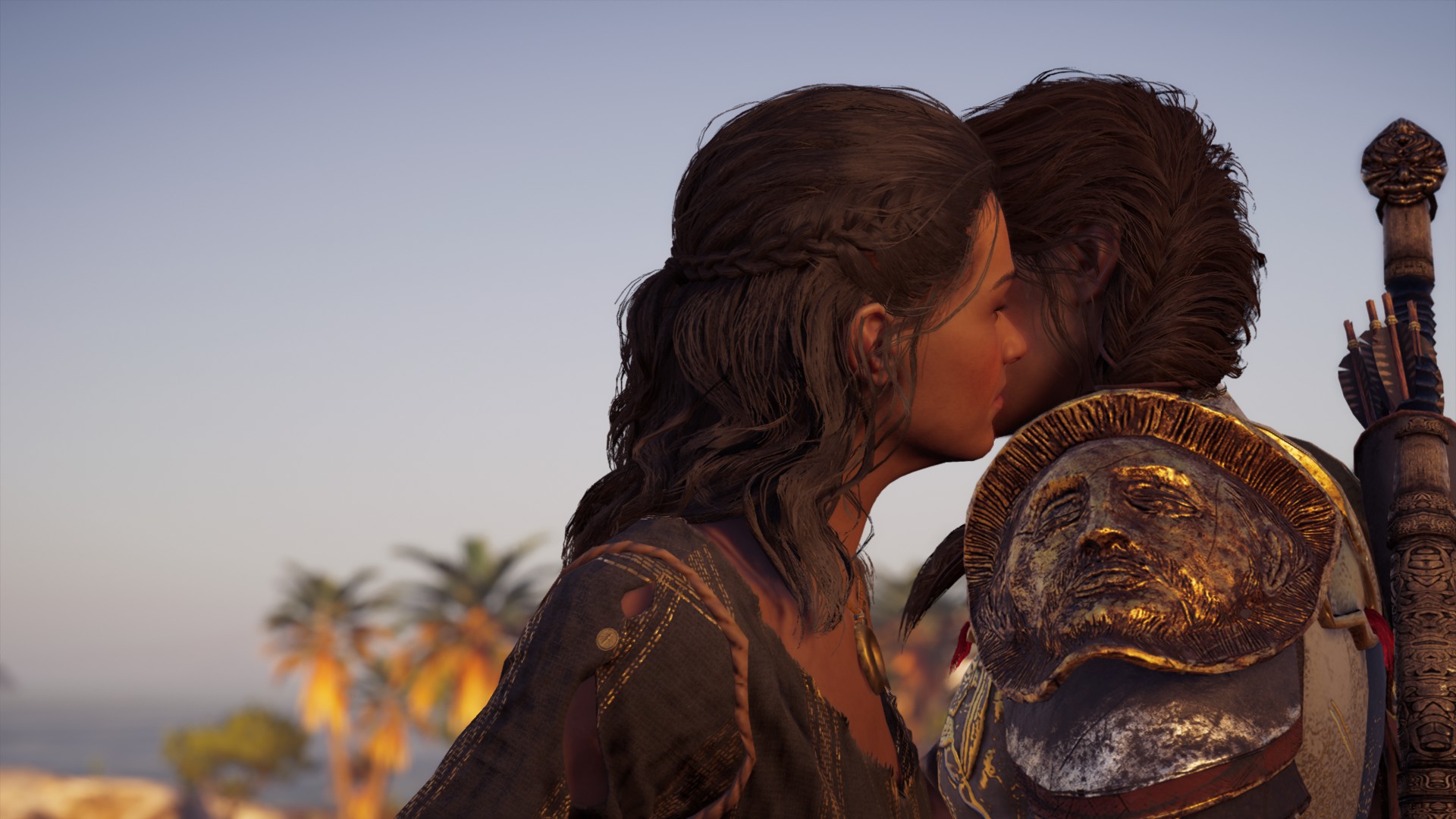 GLAAD's justification also doesn't touch on some issues from the base game. Don’t get me wrong, gallavanting around as Kassandra and hooking up with everyone in my path, regardless of gender, was a lot of fun. But ‘playersexual’ characters – those who will always sleep with the main character but otherwise make no reference to their sexuality – only go so far.

If you’re playing as Alexios, which about two-thirds of players did, almost all of your romance options are women, and you can essentially completely ignore that they’re anything but straight. And having so many female romance options is great if you want to play as a queer Kassandra, but not so much if you wanted your Alexios to be gay.

GLAAD’s nomination text also draws attention to the historical references to LGBTQ+ figures, namely Sappho and Alkibiades. Sappho does get name-dropped, but she’s long dead by the time the game takes place. And Alkibiades, one of the few characters who is indisputably queer, even if you choose not to romance him, is heavily implied to be into bestiality on his first appearance. Even without digging into the long history of using this accusation for homophobic reasons, "bisexual man who will sleep with anything including animals" is not an especially "fair, accurate and inclusive representation." 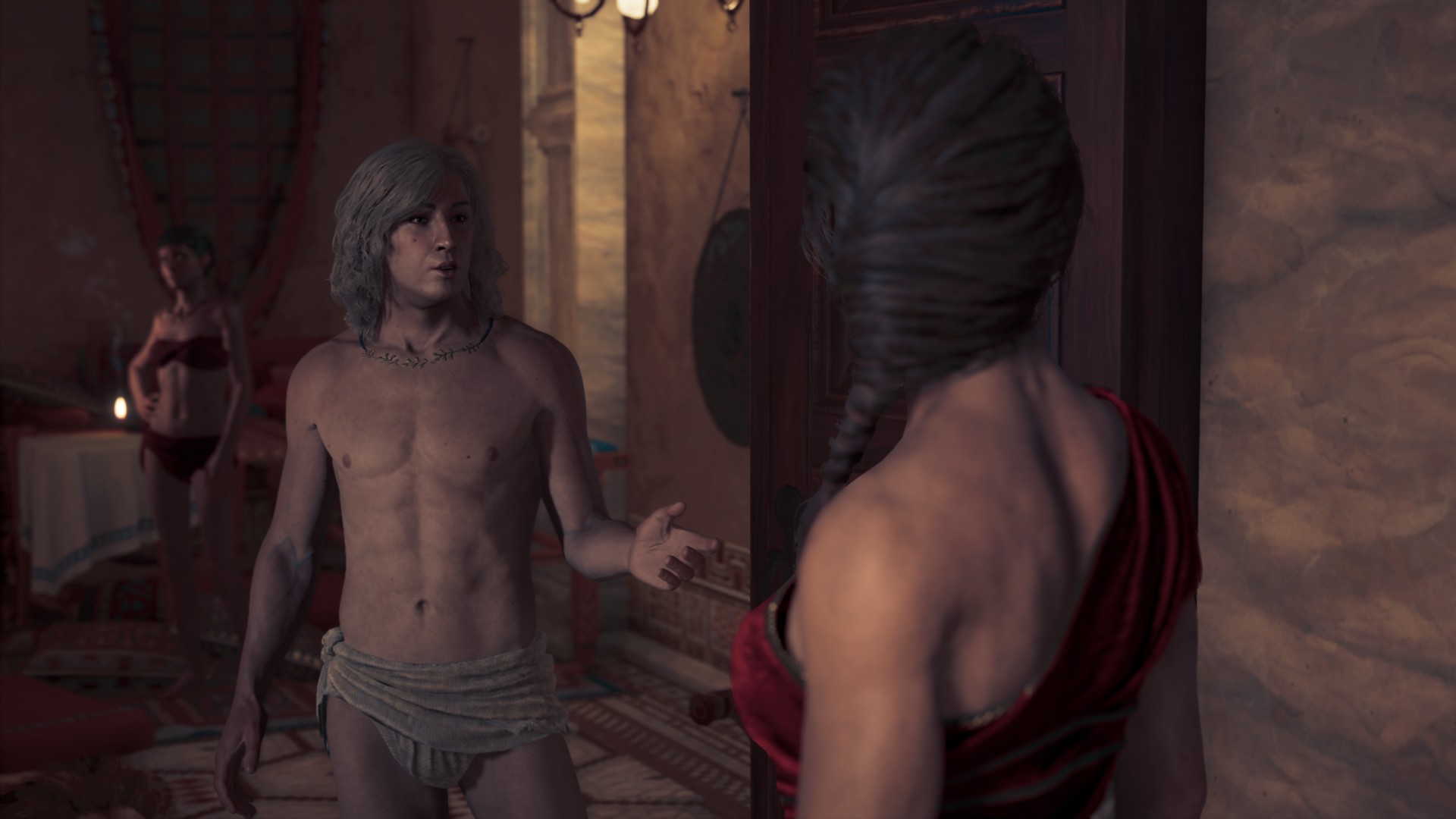 I tend to be quite forgiving of people – including myself – who get excited about representation in blockbuster games, even when it's much less than perfect. We all want to see ourselves in the media that everyone’s talking about, not just the smaller stuff. So it’s not totally unreasonable for GLAAD to call attention to Ubisoft’s “progress,” (though it might be a bit much to call including and defending basic same-gender relationships “courageous").

But also, EXTREME MEATPUNKS FOREVER, a game explicitly about “four gay disasters,” is very, very good. So is Heaven Will Be Mine, a game about mech battles and the future of humanity and also girls making out. Where GLAAD nominated The Elder Scrolls Online’s Summerset expansion for a single questline about a trans woman, they could have celebrated One Night Hot Springs or Secret Little Haven or Hardcoded.

I could go on, but crucially, these are games made by LGBTQ+ people. While a team as large as Ubisoft's will undoubtedly have some queer members, they are also likely to mostly consist of cis and heterosexual folks. Yet they receive all the accolades for their representation while these other creators, and their games that don't undermine themselves in the way that Odyssey does, are overlooked.

In an ideal world, not only would these games get the recognition they deserve, we’d also be able to talk about representation in games like Assassin’s Creed without needing a big explanatory caveat. Until then, well, have you played Butterfly Soup?