Quartzite is a fairly important resource in Grounded, and one which has eluded a great many players during their first ventures into this fascinating survival game. In this guide, we'll reveal all the locations we've discovered where you can mine Quartzite in Grounded, along with what you can use it for once you have it.

In this Grounded Quartzite guide: 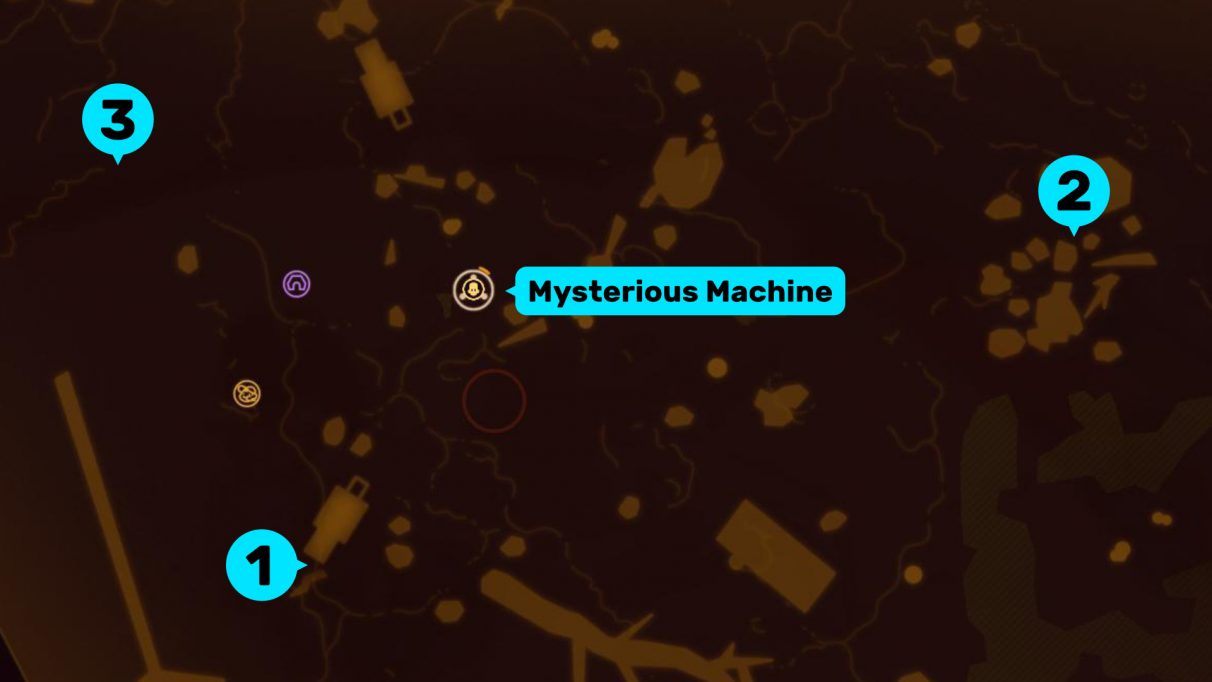 Where to find Quartzite in Grounded

Quartzite in Grounded is made out of big stone-like blocks that can only be found underground in certain parts of the map. You can use a hammer of any kind to bash these blocks down into smaller chunks of Quartzite which you can pick up and use in crafting recipes. You'll also want a Torch, because it gets dark underground.

Here are all the locations where we've found Quartzite in Grounded: 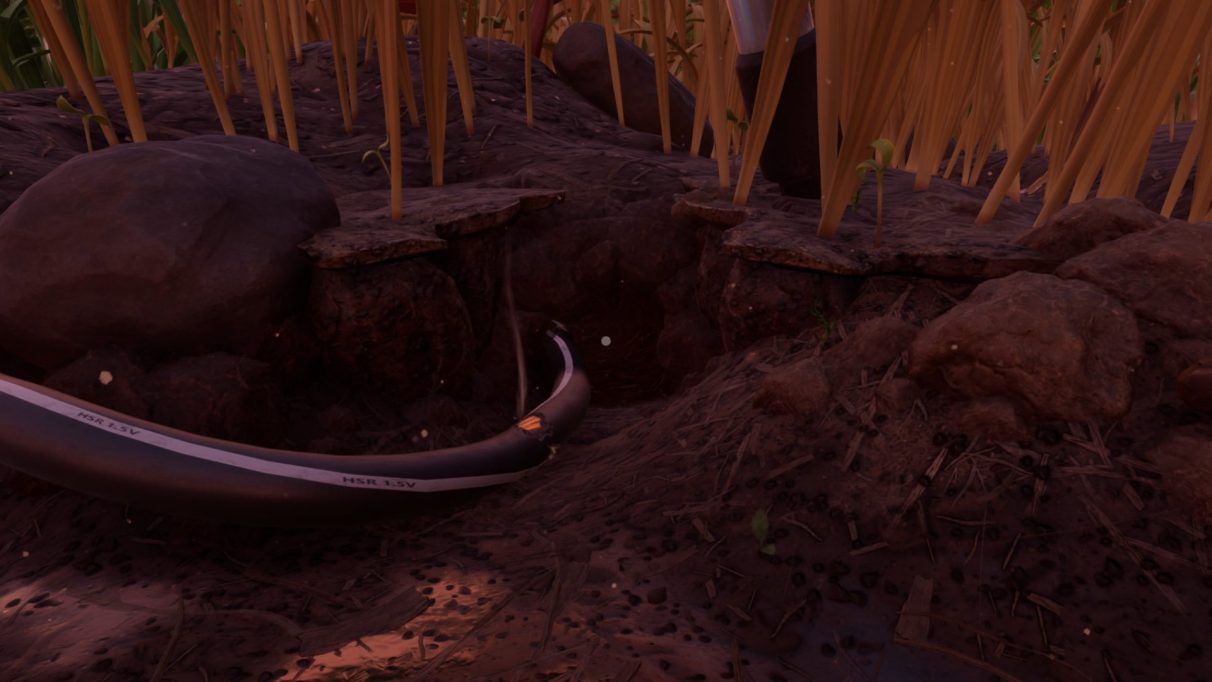 The cave beneath the southwest pylon

The safest and easiest of these three locations for collecting Quartzite early on is the first one: the cave beneath the southwest pylon. If you've turned on the Mysterious Machine already, you'll know that this pylon has the weakened laser and you'll need to clear out the Lawn Mites that are chewing on the great big cable leading down from the pylon.

This cable leads down underground a short way - and after clearing out the Lawn Mites, you should find a block of Quartzite on the ground nearby, as well as an archway blocked by two Quartzite blocks. You can destroy these blocks to gain access to a second section of the cave with even more Quartzite to mine. 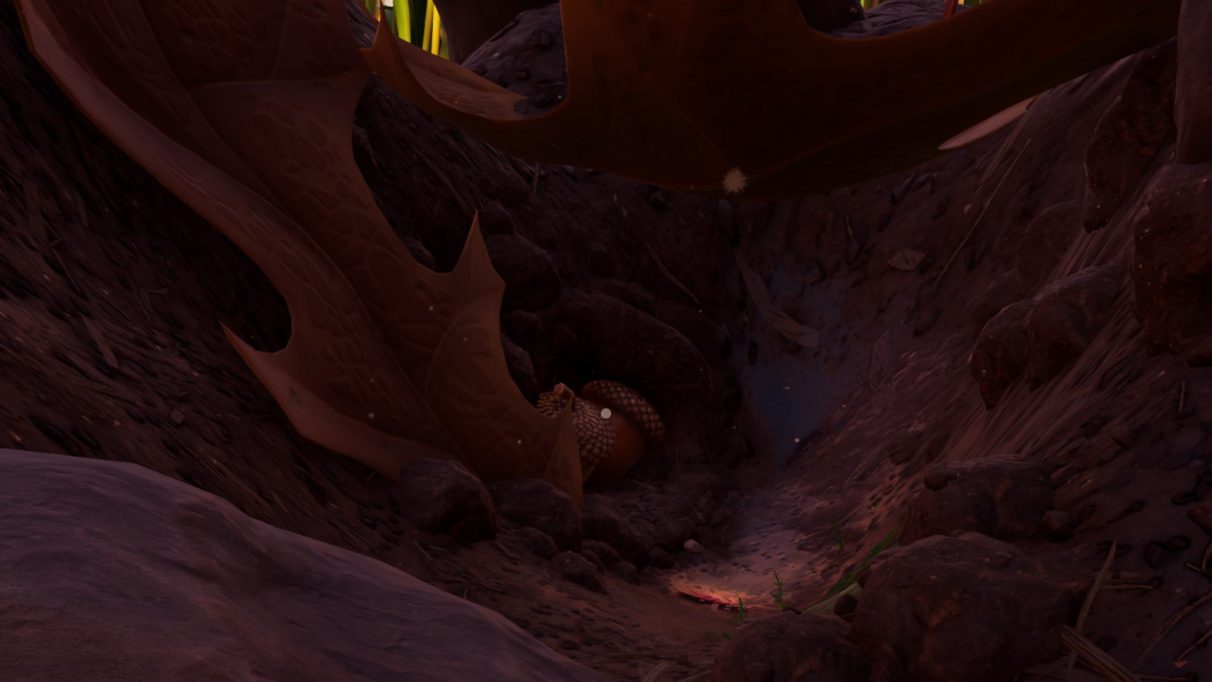 The cave blocked by two acorns to the east

The problem with this location is the Larvae. If you haven't encountered a Larva yet, they're horrible bugs the size of ants, which can deal a lot of damage to you if you're under-equipped. You'll likely find one guarding the cave mouth (where the two acorns are blocking the entrance), and then a couple more inside the cave. Treat them with caution and make good use of perfect blocks.

You'll also find some Raw Science and a Field Station inside the first section of this cave. 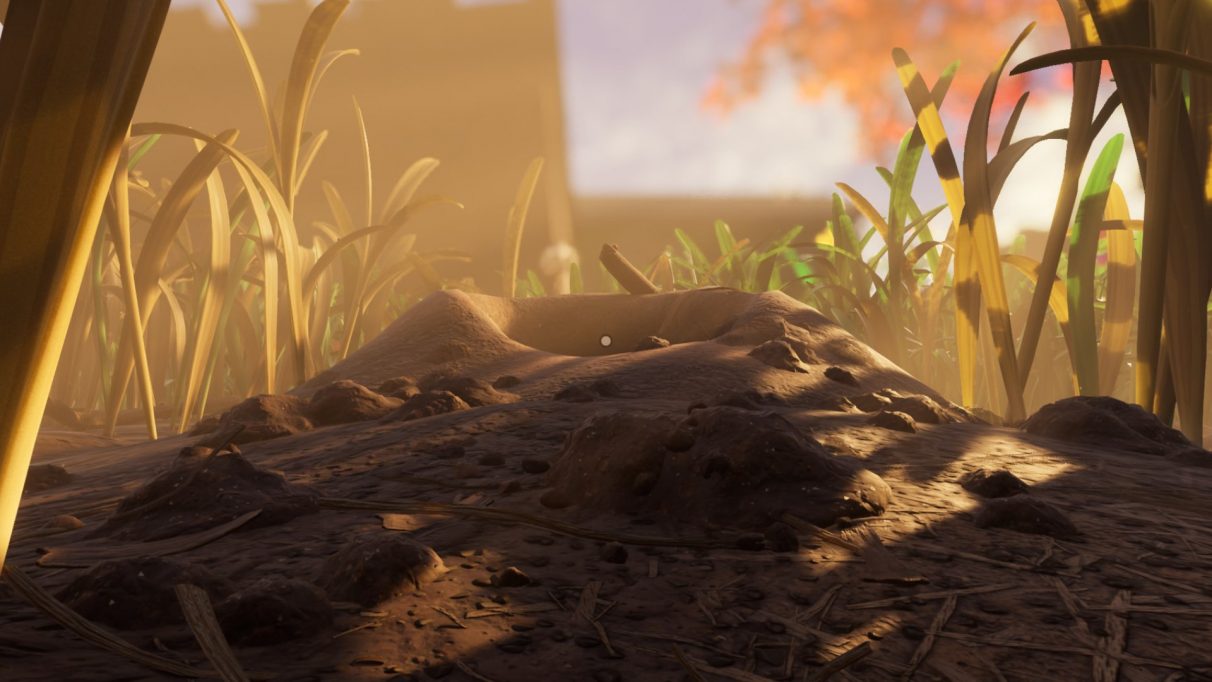 You are unlikely to survive a trip into the Ant Hill even with the best possible gear, unless you have a full set of Ant Armor equipped, which renders ants passive towards you.

After you have this armor equipped, this landmark suddenly becomes a lot less daunting. It is a very large cave, however, with multiple layers and plenty to explore (including some unique Tier 2 Bee Armor), so make sure you don't get lost down there. 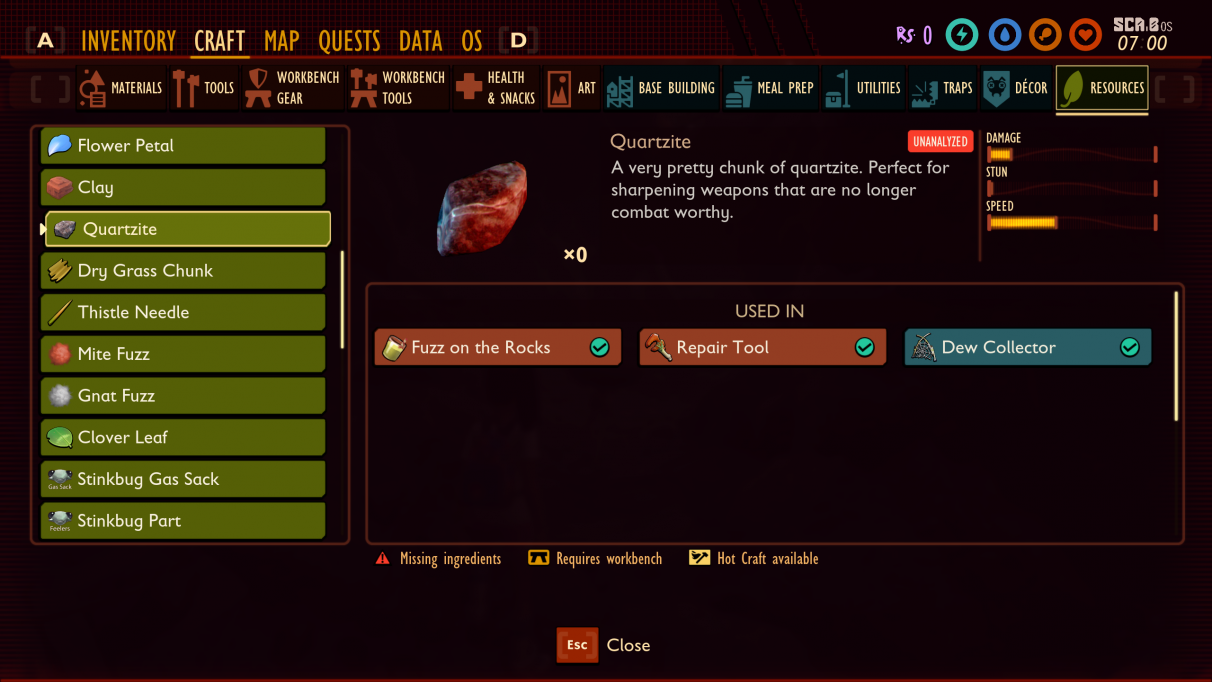 What you can make with Quartzite

After you've obtained Quartzite, you can use it in three recipes:

Of these, the first two are very important, particularly the Dew Collector, which will give you a continuous and reliable source of clean water so you can finally stop searching for dew drops to knock down from grass stalks with pebbles - or drinking dirty pond water.

As with many other naturally obtained materials in Grounded, Quartzite blocks will regenerate after enough time has passed - about 5 days or so, in fact. Which means you can keep going back to the above three spots and mining Quartzite whenever you feel like it - as long as you give the blocks enough time to reform.

And that's more or less everything we know about Quartzite in Grounded. Hopefully you found what you were looking for in this guide - but if you didn't, just pop a comment down below and I'll try my best to answer your questions. See you in the Grasslands!