A legally-distinct series of races which are definitely not Formula One featuring no official F1 vehicles arrived in GTA Online, and it's as messy as you'd expect from an open-world murder simulator. Up to 16 murderers can compete in the new Open Wheel Races, whipping around at tight tracks at 120mph while fighting their honed instincts which scream to ram and kill everyone. At least, that's what I imagine other players are experiencing when I see six cars pile up at the first corner. While you can buy an F1 car for keepsies, the races will provide one so all are welcome. Ish. Welcome-ish. Unless you get in my way.

GTA Online's Open Wheel Races launch with seven tracks, some built in emptier corners of the maps and some in the heart of the city. I do like the city maps for the novelty of rocketing through neighbourhoods I usually use for mucking about with BMX stunts.

It's bloody. While the Open Wheel Races do have the option to disable player collisions and essentially race a bunch of ghosts, why would you? Collision is the fun stuff, even with the murder. Spoiler warning: someone will shunt you from behind and destroy your spoiler, leaving you spinning out at every corner until you can reach the pits. Oh! It does have pit stops, where your car is repaired and your tyres refreshed. Oh, and you can choose soft, medium, or hard tyres too, depending on the track conditions and how likely you think it is you'll be stopping in the pits every few laps to replace your bodywork anyway. 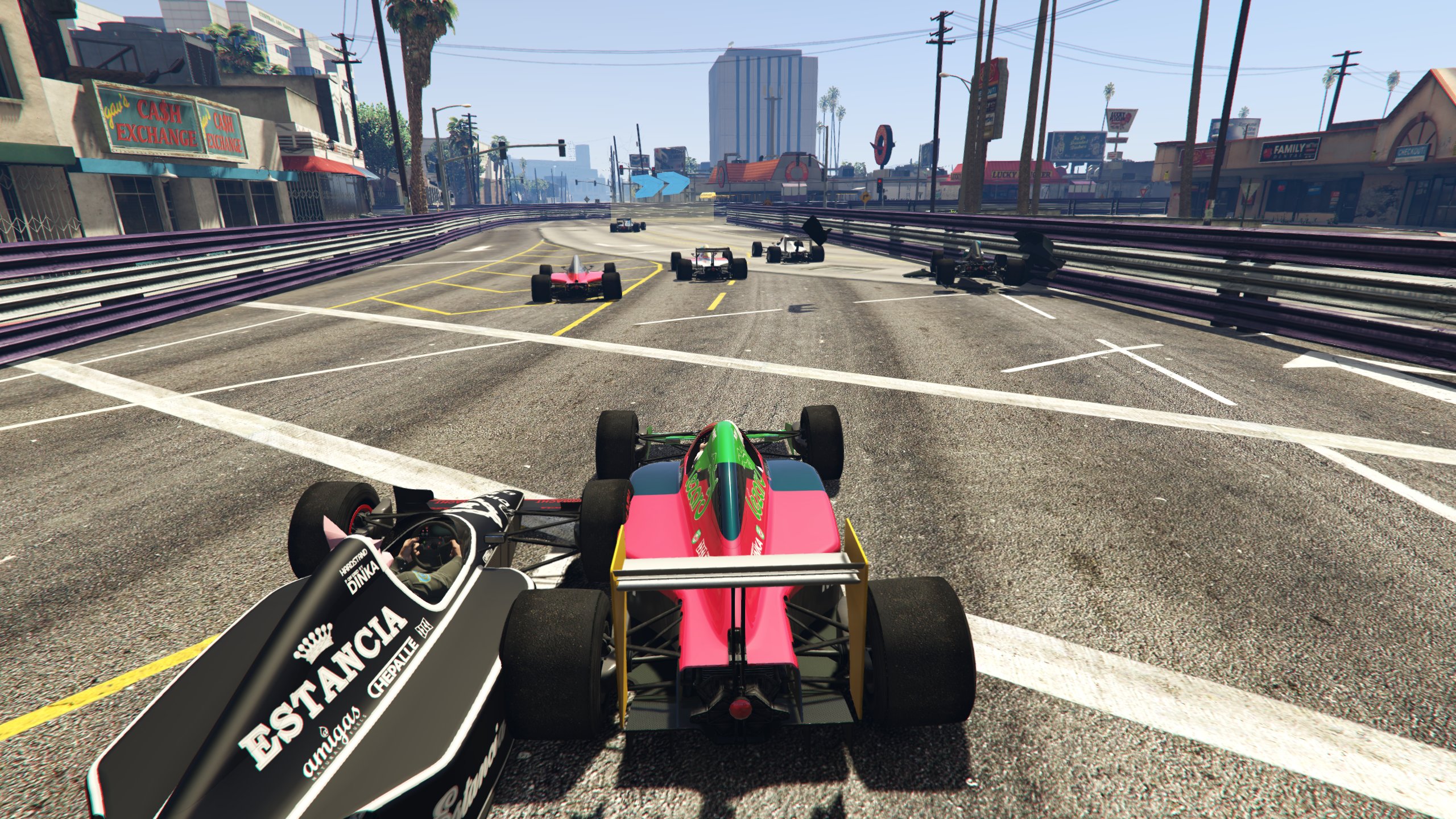 I must confess, after driving my F1 car upside-down on the ceiling, I do wish these races had a bit more weirdness. They'll always be murder because GTA Online players are murderous racers. But a weirder track or two wouldn't go amiss.

Rockstar are giving double RP and prize money on Open Wheel Races for this first week, so the rewards aren't bad if you can avoid the melee. I'm a terrible racer myself but did scoop $52k in one race just because I took the first corner slow and avoided the explosion of spoilers and panels. To quickly get into a race, whip out your gamephone and it'll be the second one down on the Quick Jobs list.

I have witnessed several deaths. I know we declared GTA V one of the best action games but must everything be so violent? 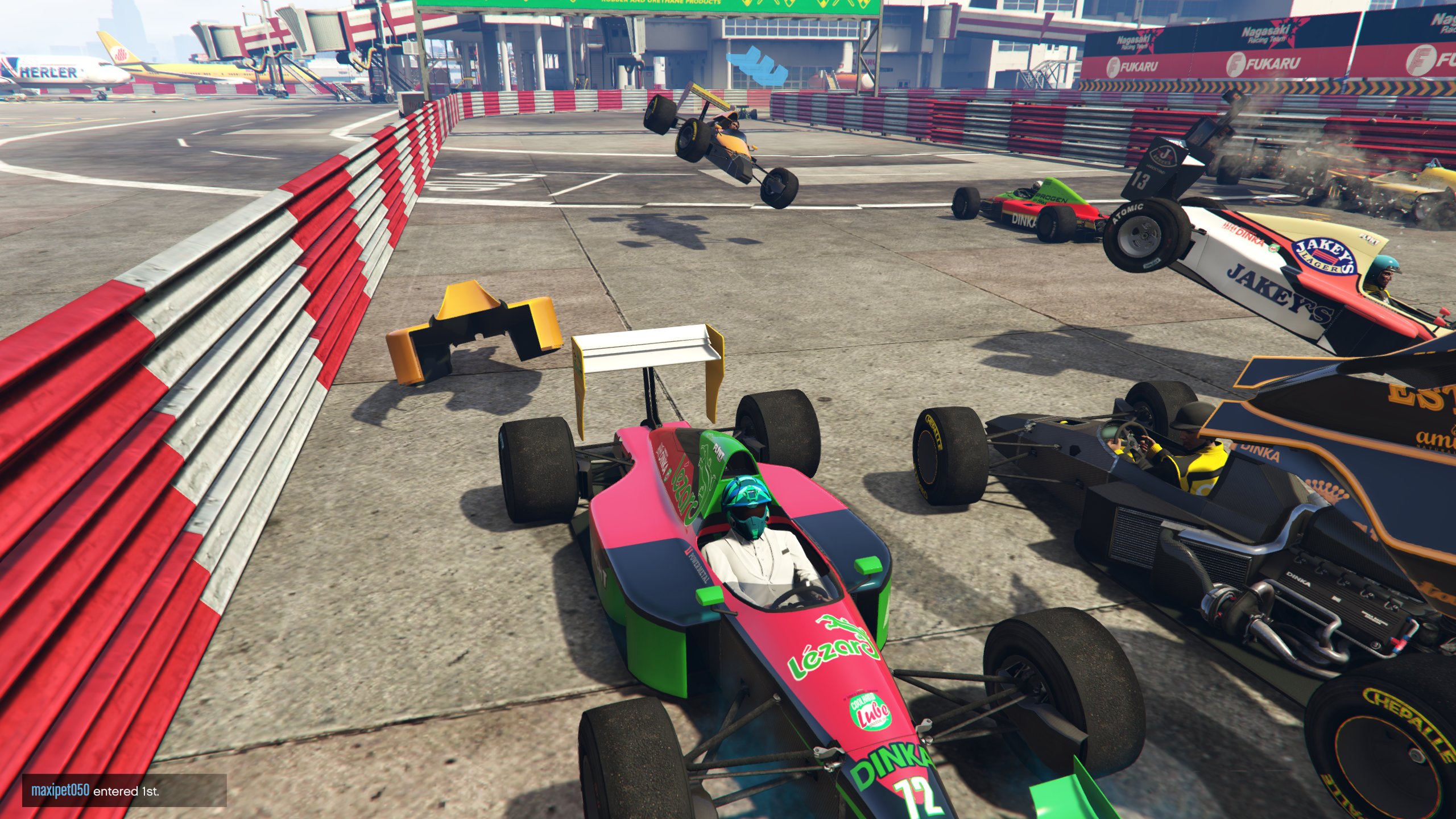 Disclosure: I have a few pals who work at Rockstar. Not entirely sure what they do there. GAMES?