The Diamond Casino & Resort opened in GTA Online today, bringing new cooperative story missions and new ways to gamble away your ill-gotten gains. It's a social space along similar lines to the nightclubs, only dealing cards rather than pulling shapes. If you live in certain countries, mind, you'll be blocked from playing the casino games, presumably because of gambling laws. The casino also sells fancy penthouse apartments we can decorate more than other homes, slapping up pictures and slamming down sculptures.

The new casino officially opened this morning, with the owners offering big dreams of a high-rolling life buuut struggling somewhat with a takeover attempt that's growing increasingly hostile. In we come, to settle that with old-fashioned murder across a wee chain of new story missions. The ones I've seen are fairly standard GTA missions with the driving and the shooting and that, though I'm pretty sure one of the new characters is voiced by Chris Parnell (of Archer, SNL, 30 Rock, and Rick & Morty fame) so that's nice.

As for gambling, the Diamond Casino has a decent spread of games. It has multiplayer games of blackjack, poker, roulette, and virtual horse betting, loads of slot machines, and a big ol' Lucky Wheel. We get to spin that wheel once for free every day, maybe winning cash, casino chips, clothing, experience points, or even the fancy car sitting in the middle of the casino, which changes every week. If you live in the right country.

Many players are finding they're blocked from doing any gambling, and it seems to be blanket bans on certain countries. Presumably that's to do with gambling laws. Remember players can buy in-game cash for real money through Shark Cards, so it can be gambling with real money to get things you want, even if you can't cash back out to real money. The list of countries blocked in GTA's Casino isn't confirmed, but Redditfolk have some guesses. Apparently using a VPN can bypass the block. 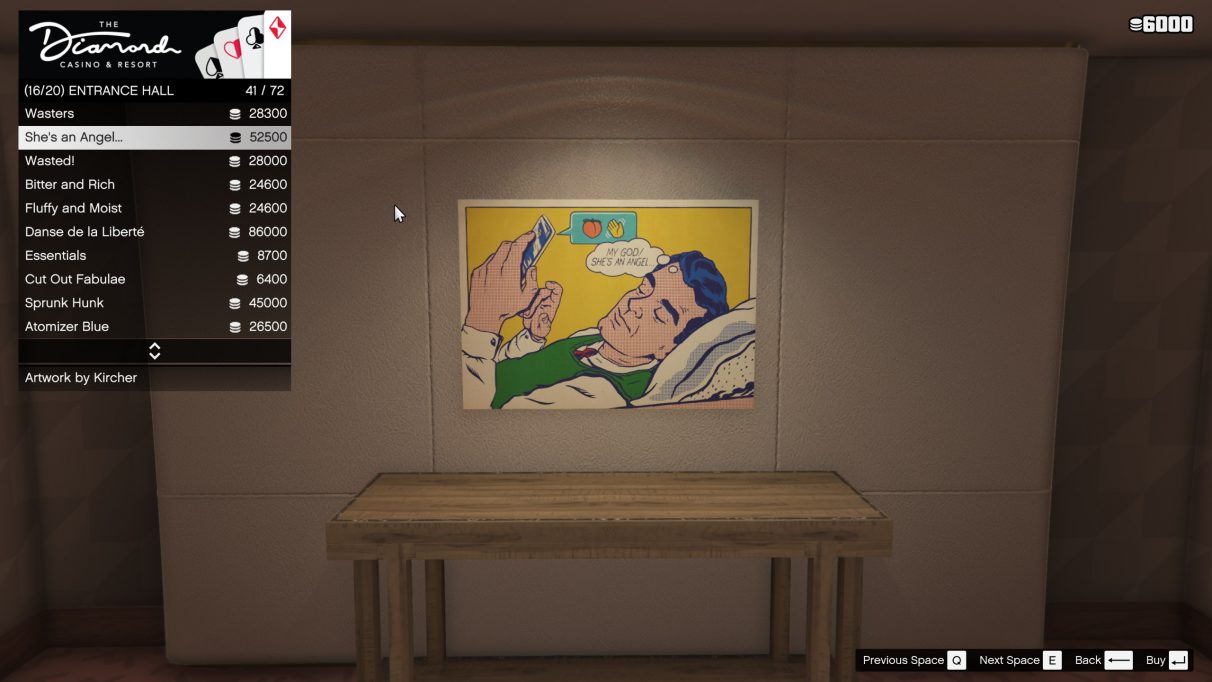 On top of all this, literally, is the new customisable penthouse suite. It's some real flashy digs, the grooviest home space yet to hang out and plot with pals. You're looking at a cool $1.5 million for the basic apartment, then even more for optional extras including a social room with playable arcade machines, a private cinema, garage space, and paintings and sculptures to decorate the joint. Decoration is fairly neat, with dozens of spots where we can choose which paintings and sculptures to exhibit. It's not free-form decoration, but it's more than the game has given us before. But it doesn't have enough plants. I need more plants, Rockstar. Wall-mounted plants too, yeah?

Warning: while your apartment is a private place, you may find yourself punched in the back of the head if you head on out to the rooftop terrace and spend too long in the infinity pool staring at Los Angeles. 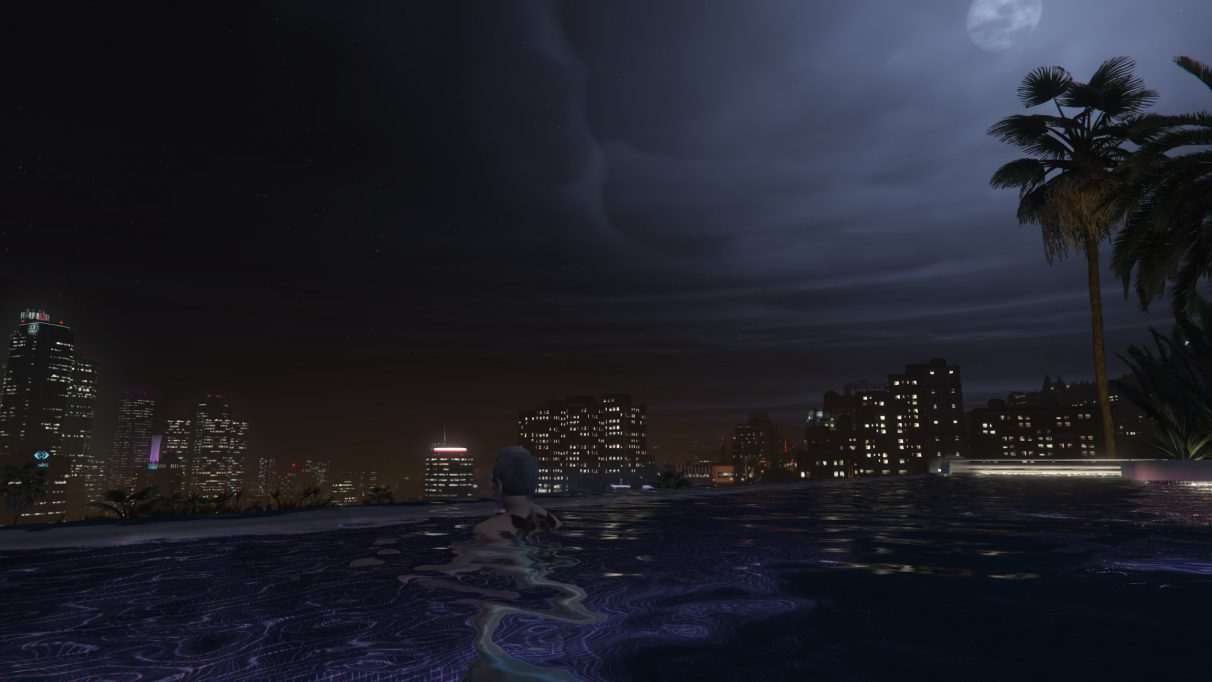 Twitch Prime membership currently offers the penthouse and a wod of digicash for free.

Disclosure: I have some pals who work at Rockstar, because I live in Edinburgh and those people are just everywhere. The only group of workers more common in this city are improv troupes during the Fringe. At least Rockstar folks have never forced fliers into my hands.