A series of Formula 1-y races are coming to GTA Online on February 27th, Rockstar announced today. I say 'Formula 1' because that's the one I know, but I suppose the upcoming Open Wheel Race Series could be inspired by F2, or IndyCar, or... look, it's those weird cars shaped like fighter jets, okay. While those races don't start until next Thursday, crimepeople do have the opportunity to win one of its new cars now. The Progen PR4 is the grand prize on the Diamond Casino's free-to-spin prize wheel this week, see, and that's the only official way to get it before the launch.

I'm a scrappy racer alright, even in GTA Online's more technical modes, so I apologise in advance for every spin-out and pile-up I cause. It'll be a horrorshow of flaming wheels bouncing down the track. But I am interested in high-speed racing and will give it a go. My favourite F1 races are always those roaring through regular city streets past regular homes, because of how unreal it seems, and I'd be surprised if this doesn't have plenty of those. And how hard could it be? Nigel Mansell could won an F1 championship and he looked like he drove an ice cream van.

Players have been able to dig traces of the Open Wheel Race Series out the game for a while now, but the official launch will be on Thursday the 27th. That's when the F1 cars will become available to buy too. Unless you get lucky. 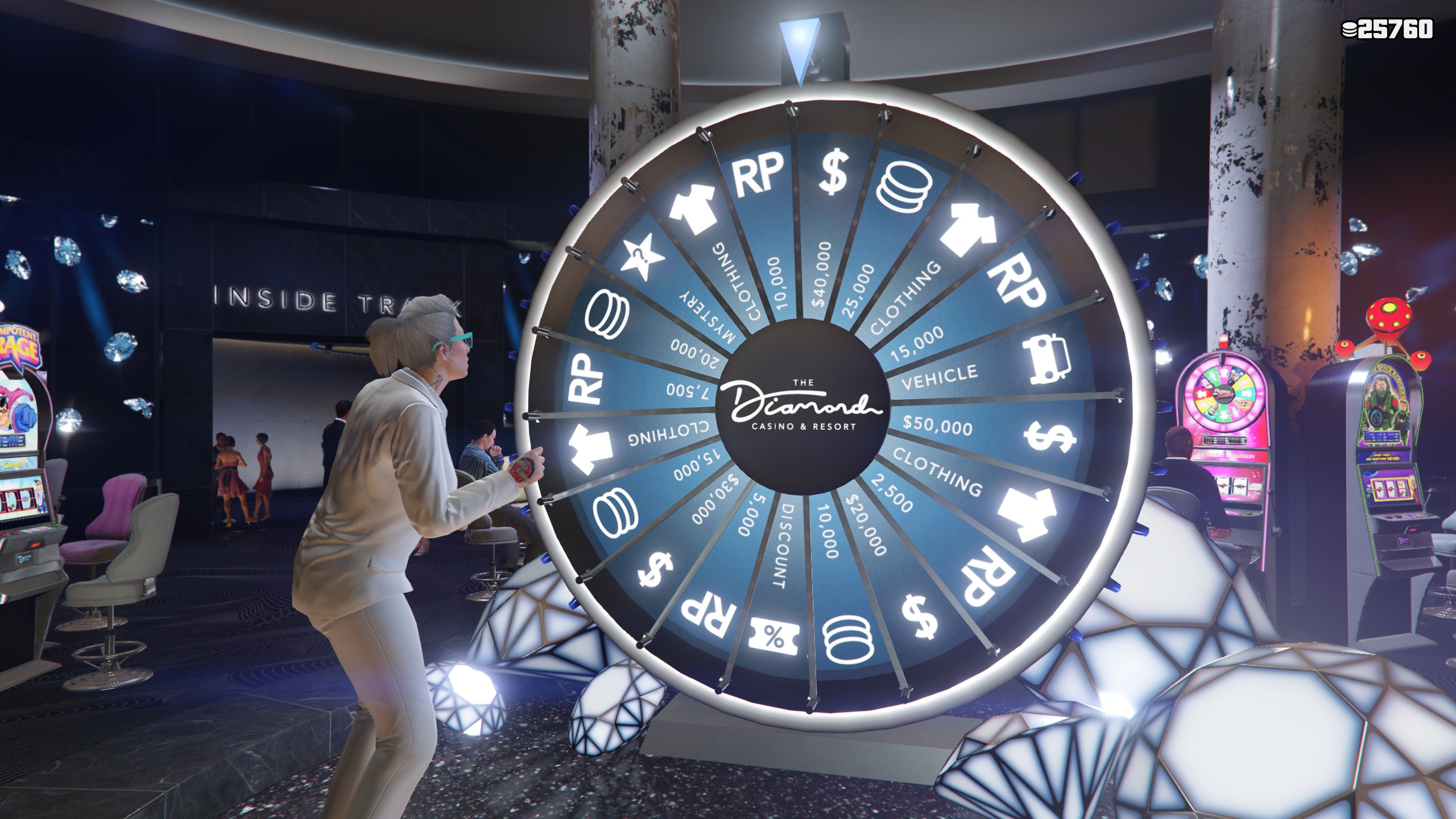 The Progen P4 is this week's podium vehicle at the Diamond Casino. While the casino is real grubby because players can spend real money to get in-game cash to buy virtual casino chips, the prize wheel offering a chance to win the podium prize is free. Once per day, you can walk in and give it a spin. Doesn't make the casino not grubby, but is worth swinging by if you're already playing.

I know I recently said I was done with buying wacky garbage cars and wanted the good stuff but this is a little flash for me. I'll surely kill myself if I upgrade from a Lada to a F1 racer. I'm glad my first spin won me 25k of casino chips instead of a car that will cost several million crimedollars. Yep, I'm so glad I can get a jacket instead of a Formula 1 racing car. Just thrilled. What would I even do with the ability to drive at 185mph?

Disclosure: I have a few pals at Rockstar, as does half the population of Edinburgh. For a studio of 600-odd people, they sure do get around.