Multiplayer head-to-head hacking battles. That's the primary carrot I can see Hackmud dangling before me with its 2.0 update, though the road there is long and packed with players who'd probably steal my stuff before I figured out how to Hello World. Hackmud is a hacking MMO, see, where duplicity is encouraged and people that know JavaScript can run rings around those that don't. Think EVE, but in cyberspace rather than the real deal.

As well as that new 'Binary Matrix' PvP system, update 2.0 also brings "new music, better performance, bug fixes, security tweaks, and changes to the economy to make PvP more exciting". They... may well do? I won't lie, these are the trickiest patch notes I've ever tried to parse.

Let's start with that PvP system, because when you call it by its abbreviation I like that whoever I played against would be trying to bin Matt with BINMAT. Also, I love that the mechanics themselves are currently spreading from player to player like a virus.

A narrative event was added to the game last week, which lead players to a system that installed BINMAT on their own own system once they'd figured out how to target it. BINMAT can only be copied off of that system so many times in a short space of time, so players have been finding it from each other rather than hitting up the source.

Here's how it's billed:

"Players may have already encountered Binary Matrix when it was teased last Christmas, or subsequently played its player-created web version. In-game, BINMAT takes the form of a text-based strategy game where attackers and defenders compete to play stacks of resources to a series of lanes. The attacker's goal is to breach the defender's stacks in a single lane, while the defender must hold out for a set number of turns.

"A Binary Matrix session can involve up to 32 players - 16 per side - each interacting with the same set of resources within alternating 5-second windows. This isn't just a test of your decision making, memory, or strategic skill - it's a test of communication, bot programming, and social engineering too."

Hey, I'm good at at least three of those things! Though the rules talk about lock rotations and bot brains and not being able to run "sys.init or run sys.*", which leads me to think that trying to join a battle as a newcomer would be like throwing myself into the sea without learning what water is, let alone how to swim.

Which leads us to these economy changes. The patch notes say they're not live yet, but the cheeky source I've disclaimed below tells me they are - so ignore the bit about how they're waiting for community feedback. 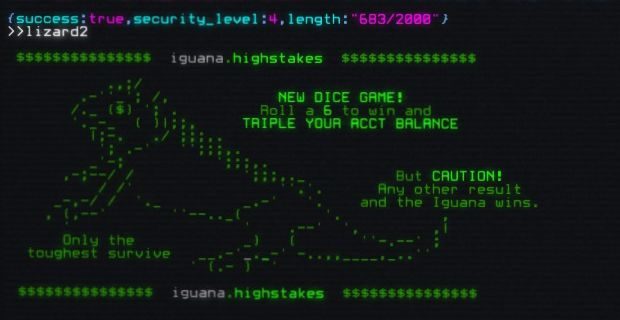 Ok, deep breaths: the aim is to make "far-reaching balance changes designed to encourage and reward PVP while also protecting the low-tier NPC hacking experience for new players". A sentence and an intent I can follow!

Much like this one: "slowing down the transfer of GC [money] between users encourages PVP by making high-value systems more vulnerable, and gives users with deep pockets more interesting decisions to make."

But not like this one: "The number of kernel.hardlines a user accrues in a given 12-hour period is gated by your system tier."

And this summary sits somewhere in the middle: "This is a set of changes intended - alongside the xfer changes - to make both system tiers and hardline matter more. In particular, we want to make it more rewarding for high-tier users to engage with content at their own tier, rather than farming T1 corps with no drawbacks."

Here are the patch notes in full.

Everything I've read about Hackmud makes it sound thrilling and daunting in equal measure, and there's no better example than Brendy's diary about running a crooked iguana casino while promoting it in his fake newspaper.

Disclaimer: I'm pals with Chris Thursten, who's one of the Hackmud devs and someone I've played a silly amount of Dota with over the years. Neither of us have gotten over our feud from when our Invoker and Anti-Mage costumes clashed at a Halloween party though, so on balance I'd say I'm impartial.