In Half-Life: Alyx you will be able to trap headcrabs, the prime nemesis of footlobsters, inside buckets. "It'll move the bucket as it crawls around", confirmed the Half-Life: Alyx team in yesterday's Reddit Q&A, adding that "playtesters all keep reporting it as a bug". I hadn't given all that much thought to Half-Life: Alyx but this is honestly a game changer. It's a little crystallisation of what a Half-Life VR game actually means; something I can clearly see myself doing and enjoying.

Lauren's already reported that Valve are confident the game won't be delayed, but I've scoured the AMA for other tasty titbits, such as the fact that the 80 people working on Alyx are the "largest single team" Valve's ever had.

Just quickly, before we move on from the bucket thing: Reddit user Griffin-Bro wonders if this means you can put a bucket on your head and run safely down a hall full of headcrabs. No confirmation on that but I dearly wish it to be true.

Back in the boring world of facts, it was good to see them mention accessibility features, which are "almost all" done. Seated and left-handed modes are in, though "there's a little bit more we'd like to do there (support for one armed play, for instance)".

In a separate response, they do say that the guns will all work with one hand, and can be steadied with a second. One armed play seems like a tall order given they "really wanted to focus on simultaneous two handed play throughout the game, so we needed the player to always be able to easily have a free hand."

Valve also touched on movement, which can make or break a VR game. Expect much mantling, and little jumping: "Because the game includes the ability to mantle in continuous motion, you don’t need often need to jump". Barnacles are still in and still a threat, but won't work quite like they used to because Valve found "moving the player without their input in VR didn't work very well". (They've already confirmed there will be three movement types: regular walking, teleporting, and a "shift" mode that lets you "smoothly zoom from point A to point B".) 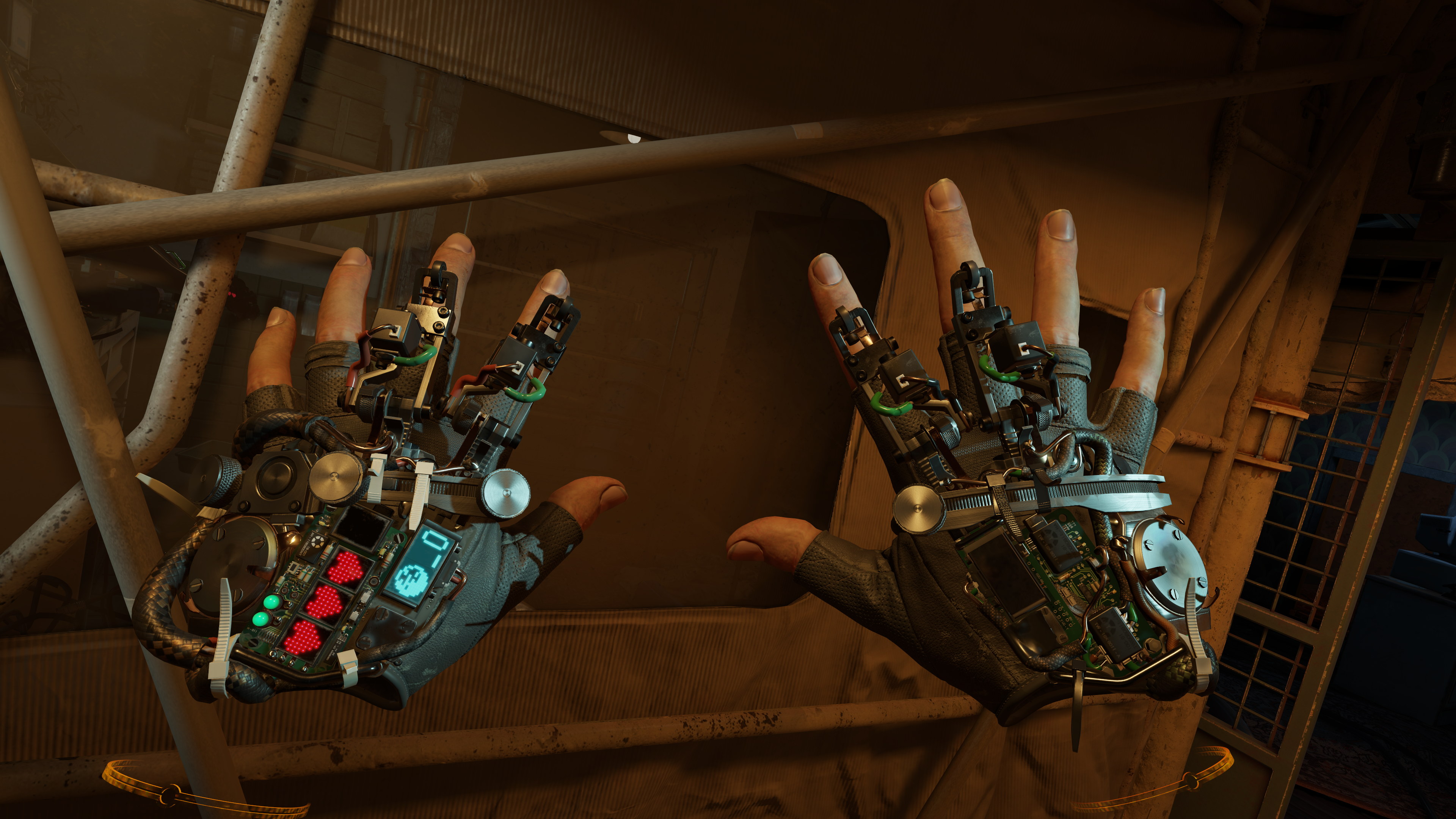 Elsewhere, Erik Wolpaw commented on how he prefers "writing games where the viewpoint character speaks", and that if he had his way they "wouldn't do any more silent protagonists".

He didn't confirm if we'll be hearing from Alyx in-game, though this might tie into a separate response to someone asking why Alyx's Half-Life 2 voice actor Merle Dandridge wasn't returning. Valve said they worked with her at the beginning of development, but wound up wanting "to go in a different direction". They still "hope to work with her again in the future", mind.

Responding to a question about dev commentary, like those floating speech bubbles in previous games, Valve said they were "huge fans" and definitely plan on adding it, though it seems "unlikely that we'll have it in for launch day".

At least one train ride is confirmed, thanks to Valve clearly stating that "It's actually illegal to ship a Half-Life game if you don't spend at least a little time riding in a train."

They applied a similar philosophy to the person asking if the ceilings would be any less boring than in Half-Life 2. "Func_boring_ceiling is a hallmark of the Half-Life series", they said, clarifying that they did "significant playtesting and iteration to make them more boring than ever, which was a particular challenge in VR, where even the most boring surface takes on the sheen of novelty and delight."

That's all I've got. Feel free to scour the AMA yourself.

Two of the people answering questions were former members of Campo Santo, Chris Remo and Jake Rodkin. They recently announced they were putting Valley Of The Gods on hold to work on various Valve projects.