Sandboxes are made for playing in and it's no wonder players are eager to get their hands dirty. Half-Life: Alyx has some of the most satisfying physics, and the level-editing tools Valve had planned to release with the VR game are sure to inspire some creativity. The Hammer editor didn't launch with Alyx as intended, but a Valve member has shared that it's the team's next priority.

Half-Life: Alyx's store page on Steam specifically mentions the Hammer editor. "A set of Source 2 tools for building new environments will ship with the game, enabling any player to build and contribute new environments for the community to enjoy," they say. "Hammer, Valve’s level authoring tool, has been updated with all of the game’s virtual reality gameplay tools and components." Alas, the Hammer editor did not launch with the game and Valve have yet to share any details on when to expect it.

Word comes by way of Valve's Jake Rodkin, co-founder of Campo Santo who put their next game on hold while lending a hand on Alyx and other Valve projects. Rodkin gave some reassurance to a forum commenter about the Hammer timeline.

"It’s the team's focus now that the game’s out. There will be more info soon but we’re working on it," Rodkin says, adding that the team was focused on bug fixes and post-launch support last week. 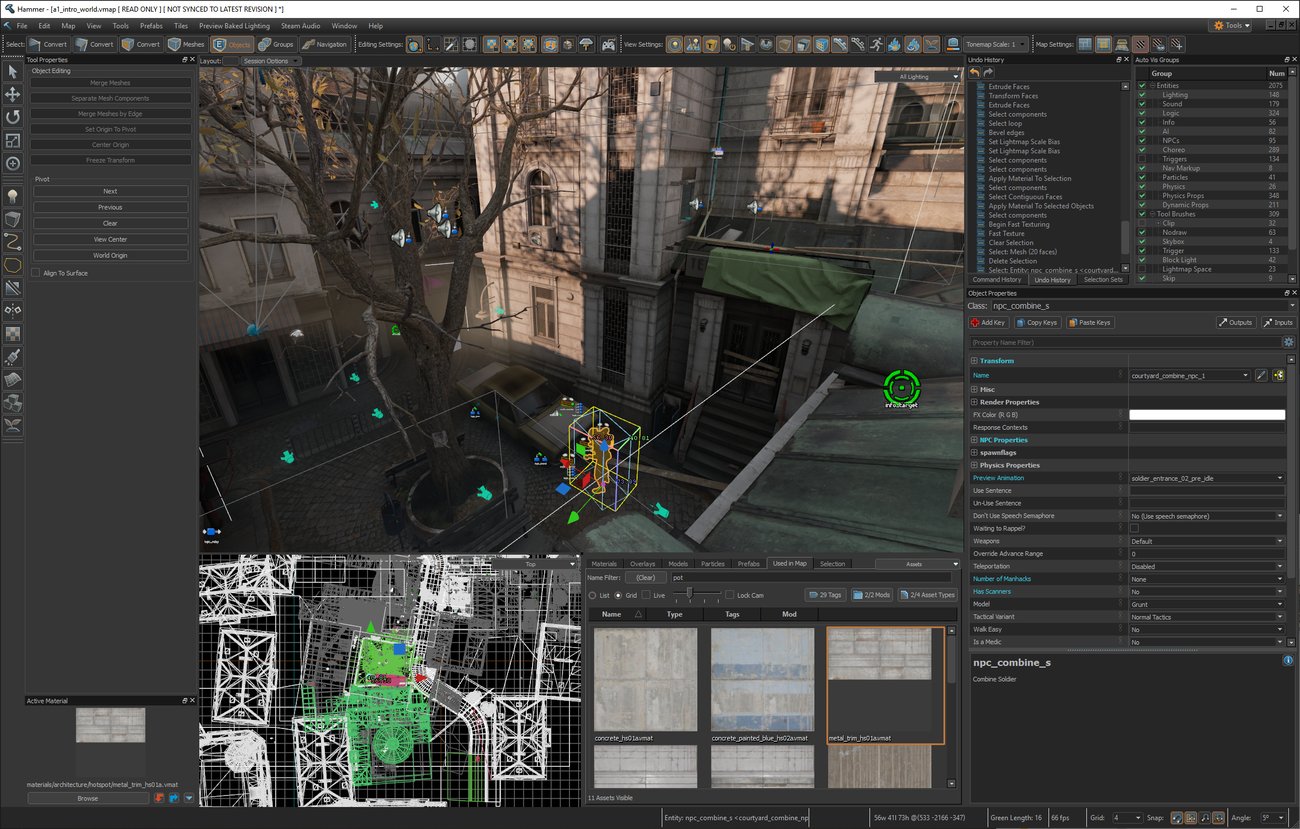 So what will folks do with Hammer when it's out? Any number of things, I'm sure. While waiting for the official tools, some modders are already working on building Half-Life 2 in Alyx. Others are doing the exact opposite, attempting a non-VR Half-Life: Alyx. There are likely even wackier ideas knocking about as folks wait to get Hammer in hand to do some serious construction.

Half-Life: Alyx is of course out already and it's the Half-Life game you wanted, Graham confirms in RPS's Half-Life: Alyx review. It's in VR, dontcha know, so you'll need some sort of headset to play it, though it comes free with Valve's own Index. Otherwise, it's £46.49/€50/$60 on Steam.