After announcing in August that they were delaying Halo Infinite's launch from November into next year, developers 343 Industries have now revealed quite how long we're talking: autumn 2021. That's a big'un - it could potentially be a delay of over a year. For such a long delay to happen at such short notice, something seems wrong. The devs don't explain the full scope of what's up, but they do talk a lot about improvements to its looks over what we saw in July.

343 Industries announced the new autumn 2021 release window in their December blogblast. "And from now until then," creative director Joseph Staten said, "every one of us at 343i and our great partner teams will be building, testing, and polishing an experience we hope all of you love."

The blog post gathers several key members of the art and graphics teams to talk about the game's looks, which were disappointing to some folks who saw July's "Gameplay Premiere" video:

"The primary goal for the Campaign demo in July was showing Halo Infinite gameplay for the first time," said Neill Harrison, director of art management. "While that aspect generally landed as we wanted, the reality is that the art and visuals weren't at the bar we hold for Halo – even in a work-in-progress state." He said that a lot of criticism from folks who saw the video "aligned with our own views and work we were already committed to doing" but "still, the feedback was humbling, and it also pushed us to look at additional opportunities for improvement."

Areas raised by the assembled artfolk include lighting, shadows, character detail, clouds, texture detail, flora, pop-in, and character animation. Yes, they acknowledge that our pal Craig had an "incredibly deadpan/lifeless look"; they say that "the facial animation on NPCs was not fully implemented in that build". For more specifics, boogy on over to the blog.

While the eyes of some viewers were caught by art issue, our Nate's attention was wholly consumed by the simian villain shooting a WWE promo. 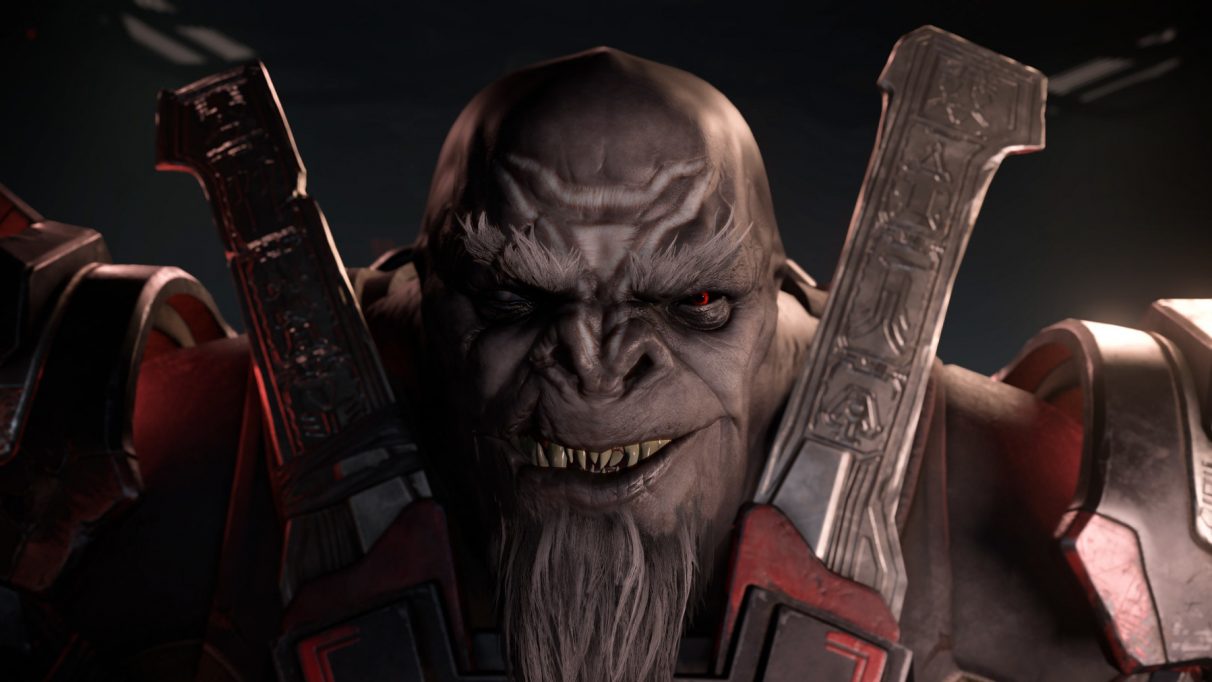 The blog post also gabs with some of the live service team, touching on armour customisation with the 'coating' system and some concerns about the consequences of multiplayer being free-to-play.

"Yes, being free-to-play does mean that there will be some premium cosmetics," lead progression designer Christopher Blohm said, "but players will still obtain tons of customization content through things like playing campaign, challenges, skill, special events, legacy rewards (such as the Halo 5 SR 152 reward), the progression system, and more." He stressed that it won't have loot boxes or random rewards. I suspect the full scope of everything won't be clear for some time.

Given a wee tweety hint from 343 head Bonnie Ross, I wouldn't be surprised if Infinite launches around the 20th birthday of the first Halo: November 15th.