It's nice to see Microsoft and 343 Industries being so open about Halo: The Master Chief Collection's progress. No need to worry about spoilers, or embargoes, or anything that generally accompanies modern game development. Their monthly Halo blog digs fairly deeply into what they've been working on. Reading this month's, I learned that campaign progress will carry over between platforms, they've ported an extraordinary number of custom maps from their in-game editor, and just what specs you'll need to hit the magic number of 52 FPS.

Though there are currently no plans to support PC and Xbox players playing together, which they should so I can play with my dad, they have made progress compatible between the two. So no matter what platform you play on, level-to-level progress carries over. It's not transferring whole saves over, so you won't be keeping mid-level progress between the console and PC, but it's still a nice thing to have.

One thing console Halo has in spades is custom games made by the community. This is being drafted across from Microsoft's servers to be playable on the PC, which adds up to "over 6.6 million maps and 2.6 million game types from Halo 3, Halo: Reach, and Halo 4." The initial PC release won't have Forge, but you'll be able to access any shared content that others have made.

They dropped a handy infographic on the current specs required to get the game running at a decent lick. There's nothing egregious in this at all, so if you have 8GB of RAM and a GeForce GTS 450 you can hit 52-54 FPS. 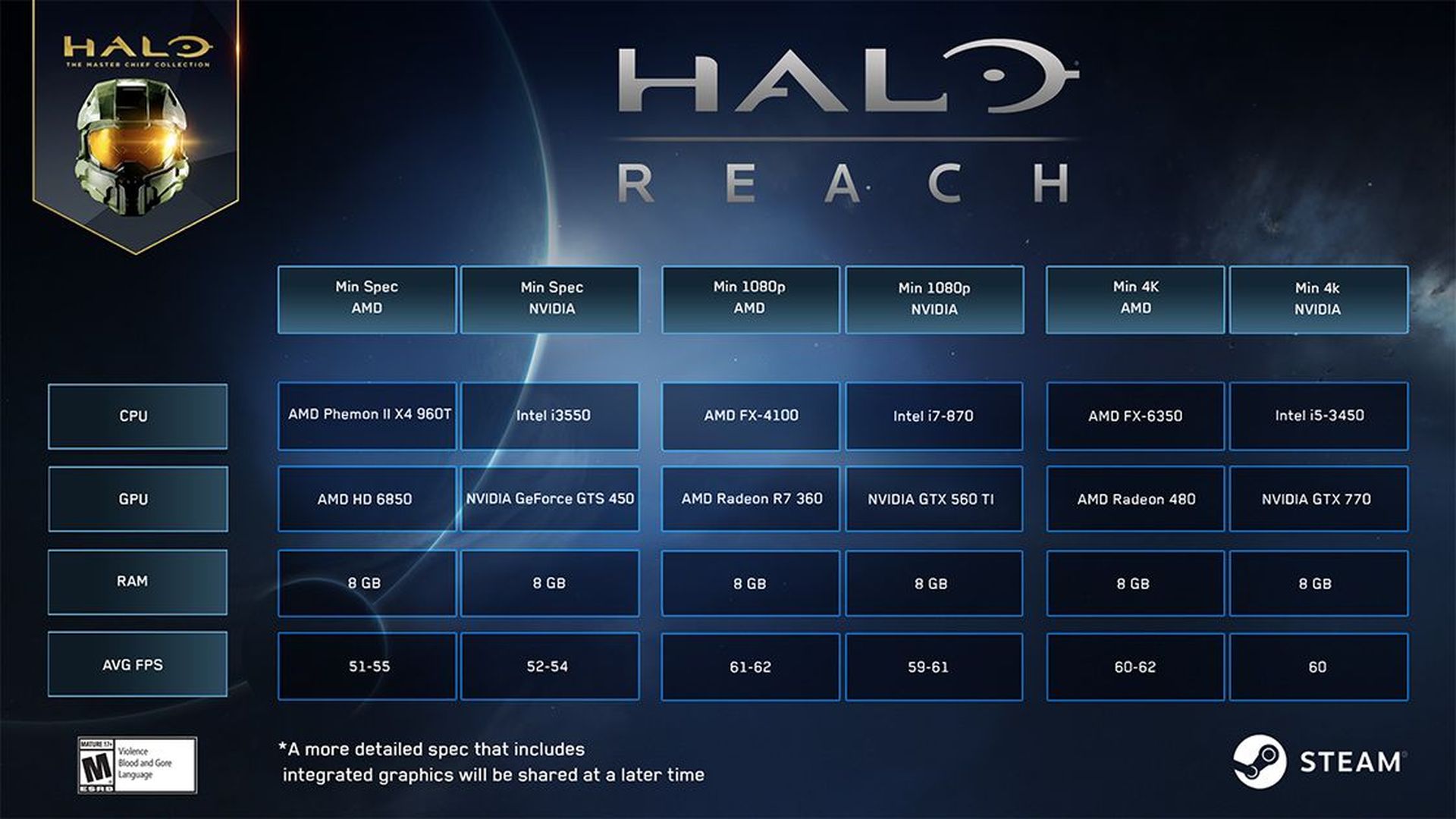 Despite not having been invited to any of the PC tests, one of which is going on right now, I still have a place in my heart for the series. The original Halo is probably the first game I've ever seen my dad get properly into, and he still buys the latest game whenever it's released. When it arrived on PC in 2003 I spent a good year devoted to the multiplayer. So though there's still no release date for this on PC, I'm just happy knowing we're getting it.