Ah, hello, and welcome to Rainbow Six Siege’s restaurant of blowing the shit out of walls. I’ll get you a menu shortly, but first, today’s specials.

Would ma’am like a breaching charge, unfurled and exploded so as to knock out a person-sized section? Or would she prefer to use burrowing grenades to excavate a perfect head-height peephole, through which she can take potshots? And for sir, may I suggest a thermite detonation powerful enough to punch through even reinforced barriers? Of course, one may choose to do the work oneself: to rip a hole in patchy plywood with a hail of bullets and make a gap either small enough to press an eye against, or big enough to pop a grenade through. All selections are excellent today — just as they were at launch.

That destruction elevated Rainbow Six Siege from tight tactical shooter to something more on its release in 2015. Blowing up a wall, barrier, or floor hatch added a frisson of visual excitement to a functional-looking game — the whoomp of explosive, the spray of grit and dust —but it also kept matches strategically interesting. Despite taking place across the same stages, levels were redesigned and re-redesigned on the fly, as attackers built their own assault vectors and defenders constantly switched positions to watch new and impromptu entrances. 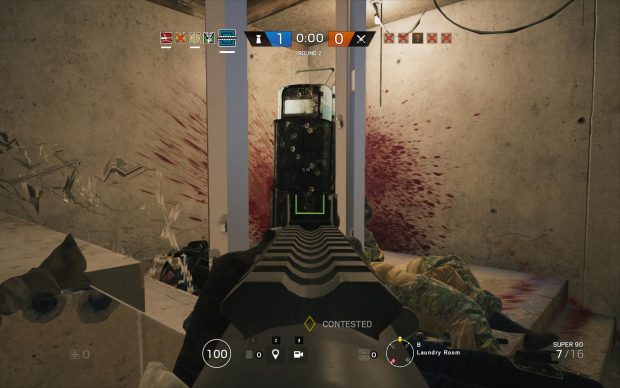 Two years of updates, patches, and DLC packs haven’t muddied this appeal — they’ve just offered more options. Rainbow Six Siege’s new “Operators” (Tom Clancy-ese for character classes) come with new guns, but they also each have their own approaches for crashing their way through the game’s destructible environments.

Playing on the attack, I like Hibana, a Japanese operator introduced last November, who comes with a special sticky grenade launcher capable of cracking through reinforced walls. One round of these grenades clears a hole big enough to scan a room through; a second spread will clear a space big enough to crawl through, allowing me to get the jump on defenders preoccupied with other threats.

On the defensive side, I gravitated toward Mira, a Spanish operator added this February who can install one-way windows into destructible walls. When placed in outward-facing locations, these windows can provide vital intel on enemy movements and activities. They go one better, too: after a few matches, I realised I could shoot the pressurised container keeping the glass in place and spew bullets from my brand-new murder hole. 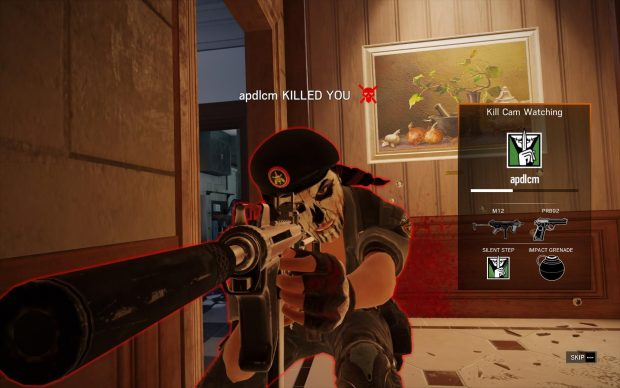 In total, Ubisoft have added 13 new operators since Siege’s launch. They’re separated primarily by their key gadget or skill, as well as their weapon loadout, and all feel appreciably different. For new players, however, they won’t always feel useful, and sometimes they won’t even feel fun. Capitão is quick and theoretically lethal, with one of the better assault rifles in the game as his standard weapon. But his crossbow — which comes with smoke grenade and asphyxiation bolts — is tricky to deploy correctly. I found myself fumbling with his bow, launching harmless smoke at enemies when I really should’ve just been shooting them with good old bullets, and wasting my asphyxiation bolts clearing the oxygen out of unoccupied rooms. Fellow Brazilian Caveira — who was introduced in the same expansion — is also a more advanced option. Her version of defense is a strong offense: in this case that means daubing her face with skull makeup and stalking the map, her perk allowing for silent footsteps and silent kills with her silenced pistol.

That’s assuming you can get the jump on foes. I consistently couldn’t, and got my neat skull facepaint (and face) rearranged multiple times in the process by enemies quicker on the draw. Siege’s guns already erred on the killier end of the videogame weapon spectrum, and still require just a few body shots to put an opponent down for good. That's great if you get the drop on your enemies, but heavily frustrating when you get summarily executed through a window before you can even set your traps. Some gadgets, like Pulse's heartbeat sensor that lets him spot enemies through walls, almost feel designed to exacerbate this frustration.

As a quick aside: infinitely more frustrating were the connections issues I’ve had with the game. Playing both before and after server maintenance last week, I hit lag spikes that hiked my ping north of 5,000 and saw me booted from multiple games in a row. I tried Ubisoft’s suggested fixes and manhandled my router to no avail, only to see the problems stop as soon as they started. There’s no guarantee you’ll have the same problems, but the specific error code (2-0x0000b005) is seemingly common enough for Ubisoft to point sufferers at a stock list of possible resolutions. 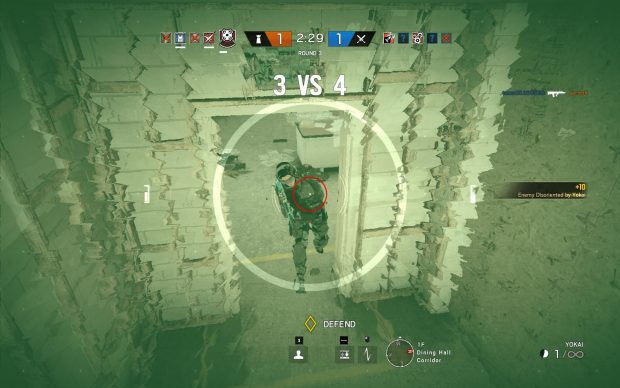 There aren’t any truly bad operators among Siege’s new batch (except for boring old Buck, who just gets an underslung shotgun attachment to his rifle), but it does feel like there are some that have more applications in public games than others. That’s an annoyance when there’s no way to try a character before you buy, and when it takes north of 30 hours of game time to earn the 25,000 Renown points it takes to unlock one of the new operators.

There are other options to get your hands on more classes, but they involve real money: a single operator can be bought for £4 worth of Rainbow Six credits, or players can plump for a Season Pass, which unlocks all of the year’s new operators in one go. Siege’s Year 2 pass is currently available for £27 — just a few quid less than the price of the full game. On the plus side, you don’t need to buy that full game to play Siege competitively. The £12 Siege Starter Edition unlocks two random operators from a small pool of easy-to-play options, and hands you the credits to unlock another one for use in all its modes. 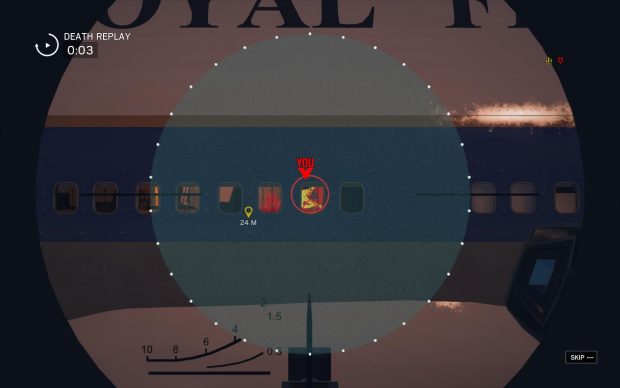 30-plus hours of play just to unlock a new character feels grindy — because it is — but Siege does at least let players get stuck in to all of its levels, even if they’re lumped with the Starter Edition. The pool of stages has been added to as new operators have joined the fray, themed around their country of origin, and now includes Japanese rooftop mansions, Balaeric bars, and Brazilian favelas. I was happiest when we ended up on new maps Coastline and Skyscraper — primarily because both are a bit brighter than the overwhelming brownness of Siege’s grungier locales — but none of the stages skimp on the destructible walls, and so remain fun to rearrange.

And that’s what keeps Rainbow Six Siege worth coming back to, two years after launch. New players, getting just enough stuff to power through its frustrating grind, will find a tactical shooter that's unique in forcing you to plan for chaos. For lapsed players, Ubisoft’s regular update schedule means that Siege’s menu has expanded in their absence, and they’ll have a host of new variables in the destruction equation.