Brütal Legend isn't something I enjoyed much for the game itself. That's largely because I was expecting it to be an action adventure through a metal universe, not a real-time strategy. However, the one thing that I took away from it was the music. I'd always been into rock music and the idea of a metal Double Fine adventure was enticing. So rather than engage in the RTS parts, I spent hours driving aimlessly around, running over enemies as Mötley Crüe's "Kickstart my Heart" revved up.

And really, as I power-slid into another foe, it dawned on me that this is what Brütal Legend should have been. A glorious road trip through hell, a celebration of metal music, and a power-chord fantasy. Of course, the game now has a bittersweet tinge to it with the passing of metal legend Ian "Lemmy" Kilmister, the bassist and front-man of Motörhead, in late 2015.

I only ever saw them once, at the University of East Anglia's student union in 2009, shortly before the game was released. It was a small affair compared to stadiums and festivals. But the smaller venue meant it was more intimate; a world-famous band playing in your local bar. I'd like to think that as Saxon (the support band famous in their own right) were playing their set, Lemmy was sat at the corner of the bar, minding his own business, nursing a signature Jack Daniels.

Lemmy always seemed like a bit of an enigma, but there was a documentary released shortly afterwards. Simply called Lemmy, the film highlights a few odd quirks about the rock 'n' roll legend, but one part I'll always remember is how receptive of the fans he was. There's the part where they introduce the Rainbow Bar & Grill and what happens when a fan asks if Lemmy is there. As long as he can finish his current game of video poker, he'll interact with the fans. "It's the best when they start crying," might be the best observation of the fans in this phenomenon. 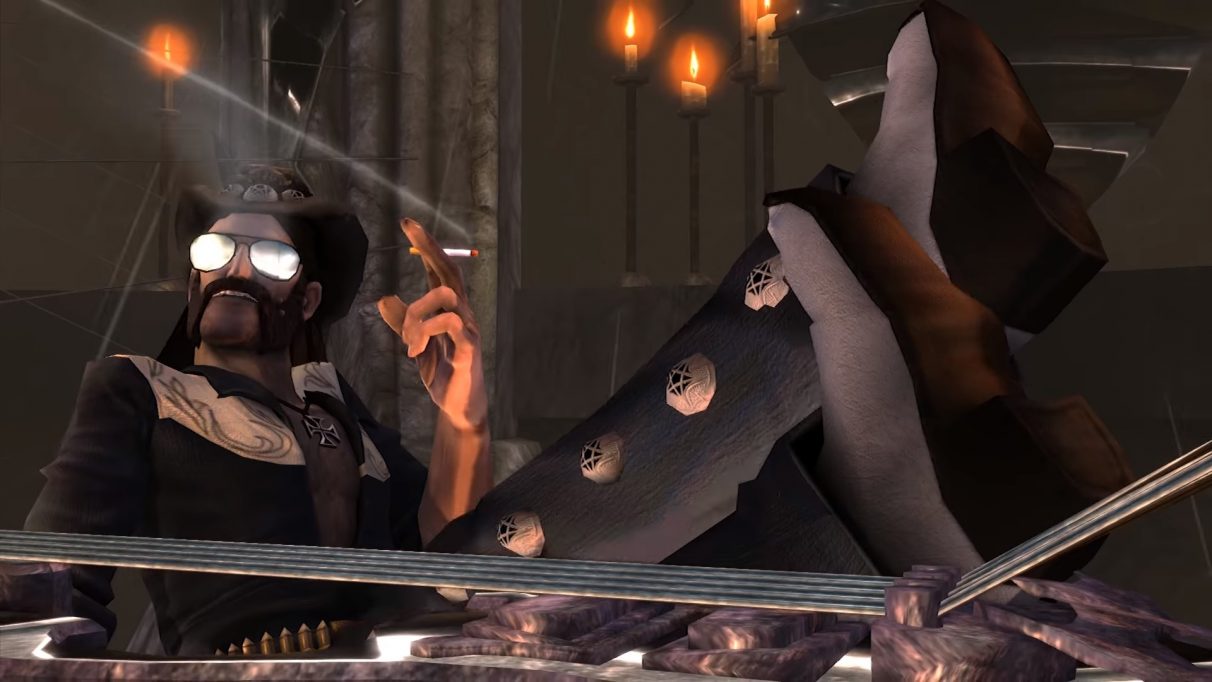 While he may have had some questionable tastes in decor, Lemmy will always be fondly remembered by those who loved his music, and those who he helped along the road that is life. While he will be immortalised in many ways, warts and all, I'd like to think the best way is by driving aimlessly in Brütal Legend, Jack Daniels in hand.