I am not ashamed to admit that it was Final Fantasy X-2, not Final Fantasy X, that made me want to get a PlayStation 2. So fervent was my desire for this game that I even entered a text competition on the telly to try and win one. Needless to say, I was not successful. Still, it was just what I needed to push me over the edge. I was vaguely aware of FFX and Yuna and Tidus and all of that back in the early noughties, but man alive, Yuna just looked so damn cool in X-2 with her guns and new short hair/mad pony-tail combo, and I was also precisely the right age for Paine to seem like a total badass. It was the perfect storm of all my teenage passions, and I still look back on it fondly even though we all know it's a total trash fire and innately inferior to X proper.

I did, thankfully, play both games in the right order when I finally pestered my parents enough to get me a PS2 a few months later, so a lot of my initial FFX-2 fever had worn off by the time I eventually got round to playing it. It was and remains quite the tonal whiplash compared to its considerably more serious predecessor - the music is a lot more upbeat and peppy and Yuna and co are much more interested in fashion and dressing up with their job-changing dress spheres than 'saving the world'.

I mean, that's understandable, given the world doesn't need saving any more, and its bubbling sense of optimism is wonderfully cathartic after months of hard pilgrimage in the first game. It's heartening to see your favourite characters actually getting to enjoy life after preventing an almost-apocalypse, even if Yuna's eventual happy ending takes a bit longer to realise than everyone else's. 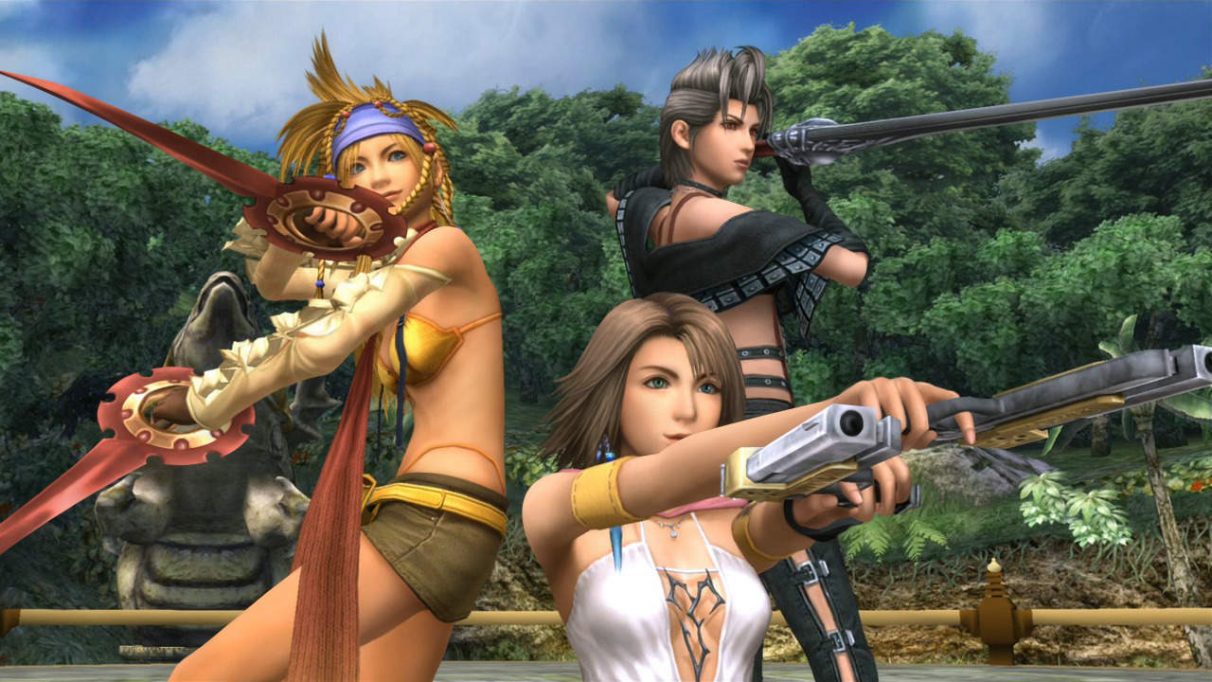 I also really enjoyed the dress sphere elements of its battle system and getting to see my team of gal pals transform into different job classes every five seconds, and it felt very refreshing after X's ultimately quite rigid Sphere Grid. I love a good transformation sequence, and part of me is still sore that Lightning and her crew in Final Fantasy XIII didn't get the same treatment when you do a big Paradigm Shift. The collect 'em all nature of acquiring each dress sphere also scratched that big Pokemon itch I had at the time, and it definitely helped to make up for its, shall we say, less than good story line.

All right, I'll admit it. My teenage self was secretly really into the story of FFX-2 and I was 100% invested in the strange, wibbly-wobbly timey-wimey parallels between Yuna and long-lost Tidus and new star-crossed lovers Lenne and Shuyin. I have also been known on occasion to belt out the game's opening theme tune Real Emotion word for word (yes, even now), and I am still waiting for a reprint of X-2's Piano Collection soundtrack on CD to this day because a lot of its music is, whisper it, better than X's. Except To Zanarkand, of course, which remains the greatest video game theme of all time and anyone who says otherwise will have to fight me.

In short, Final Fantasy X-2 falls into that increasingly large category of FF games these days that have bits I absolutely love and adore and would fiercely defend until the end of time, but are also, deep down, a bit naff and incredibly flawed. It was, on reflection, not the game that should have persuaded me to buy a PS2 - that honour should have belonged to the original Final Fantasy X - but I'm still glad it exists all the same. Besides, when you effectively get it bundled in for next to nothing with the recent Final Fantasy X / X-2 HD Remaster on Steam, you might as well give it a go anyway even if you end up hating it.