If ever there were a reason to test the boundaries of what it means to be a "game retrospective", it must surely be that I get to put my cat's adorable mug on the front page of RPS.

This is Kira. Her markings make it look like she's wearing an Incredibles mask.

Of course, as a proud cat-dad of two, I can't display any favouritism. So here's a photo of the equally adorable Harvey, Kira's brother: 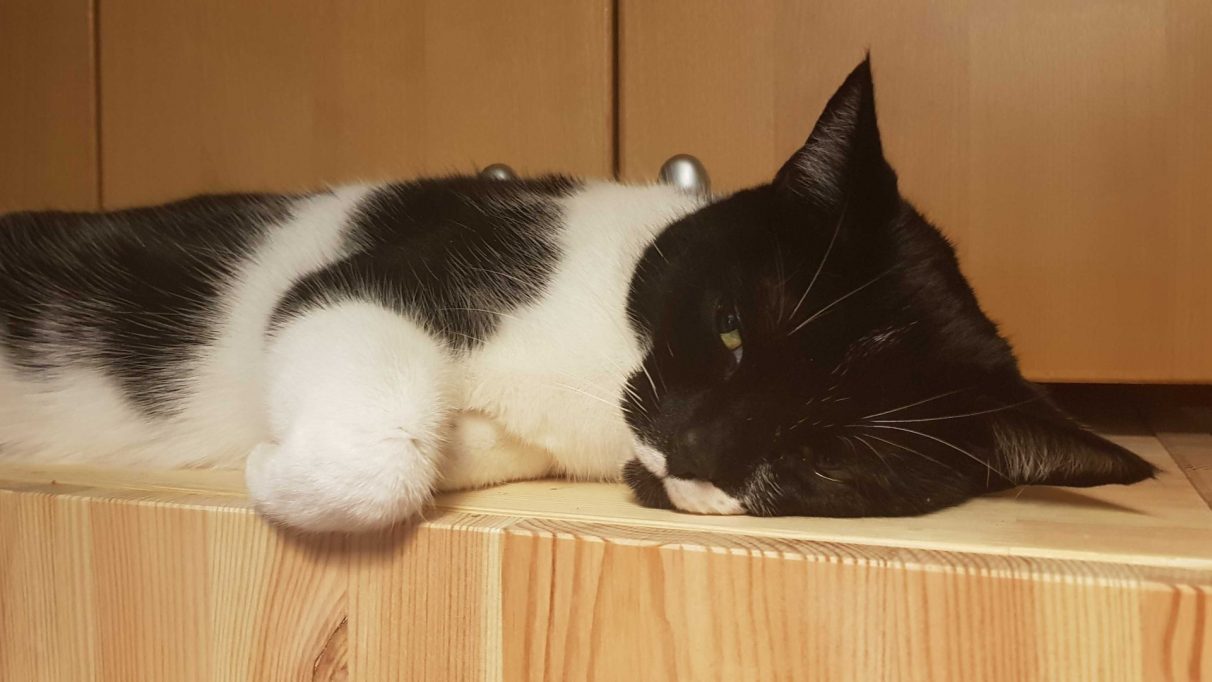 Alright, now that we've all satisfied our deep craving for cat photos, I have to actually try to justify this "playing with cats is worthy of a game retrospective" stance I've backed myself into. Hmm.

The best thing about playing with a cat is that it's such a flexible activity. You can use literally anything to play with a cat. A coat hanger, a water bottle, a phone. If you're feeling particularly daring, the drawstrings of your trousers will send a cat mad - albeit potentially at the cost of you pissing like a fountain for the next few days.

Any of these items, when waved around and accompanied by that high-pitched energetic cadence with which we speak to all pets, magically becomes the most fascinating thing in the world to a cat. They're guaranteed to be enraptured by the idea of capturing said item, letting it go, capturing it again, and so on. It is also guaranteed that this will continue for at least half an hour after you get tired and want to go do something else.

That's where the bouncy bird comes in. We have a great little cat toy at home: it's a soft fluffy bird filled with catnip (or something similar), attached by an elastic string to a pincer-like bit of plastic that you can use to hang the toy from the top of a door frame so you don't have to hold it. It never gets old to watch Kira finally clutch the bird in both paws, wrench it down into her mouth, then try to walk away with her hard-won prize, only for it to reach its elasticated limit and slingshot itself across the room into Harvey's face.

Playing with cats is awesome. If you're a cat owner and you're reading this, you have my permission to stop what you're doing and go play with a cat.