If you click on a link and make a purchase we may receive a small commission. Learn more.
Have You Played? is an endless stream of game retrospectives. One a day, every day, perhaps for all time.

It is a truth universally acknowledged that a visual novel in possession of a good plot must be in want of at least half a dozen grizzly murders, a dollop of deep philosophy lectures, time travel and lots and lots of escape-the-room puzzles. After all, simply clicking your way through a story one text box at a time is BORING and TEDIOUS and not at all fun, especially when there's nobody getting mysteriously offed behind the scenes whenever you stop looking at them for one goddamn second. Did I mention the thing about the murders?

Zero Escape: The Nonary Games is actually two visual novels in one, which arguably just makes it even better and further cements its place as top bestest best visual novel of all time, fact, no recounts. The first is a remastered version of the Nintendo DS classic, 999: Nine Hours, Nine Persons, Nine Doors, in which you and eight other kidnapped strangers wake up on a replica of the Titanic with bombs strapped to your wrists in the form of handy wristwatches and in order to escape with your life you must follow the rules of madman Zero and play his deadly Nonary Game.

The second is 999's remastered 3DS and PS Vita sequel, Virtue's Last Reward, where you and eight other kidnapped strangers wake up inside an underground bunker with watches that can deliver lethal injections strapped to your wrist and in order to escape with your life you must follow the rules of madman Zero and play his deadly Nonary Game.

There's also a third game in the series called Zero Time Dilemma that, yep, you guessed it, involves another nine strangers caught in the throes of another life-threatening escape game. But because Chunsoft are silly, they ended up releasing Zero Time Dilemma on PC first without thinking to release its two previous installments at the same time. Instead, they waited (ironically) another nine months before they got their act together and bundled the first two games onto PC, but this is also a series that involves a lot of time travel, so maybe it was intentional all along, those tricksters. 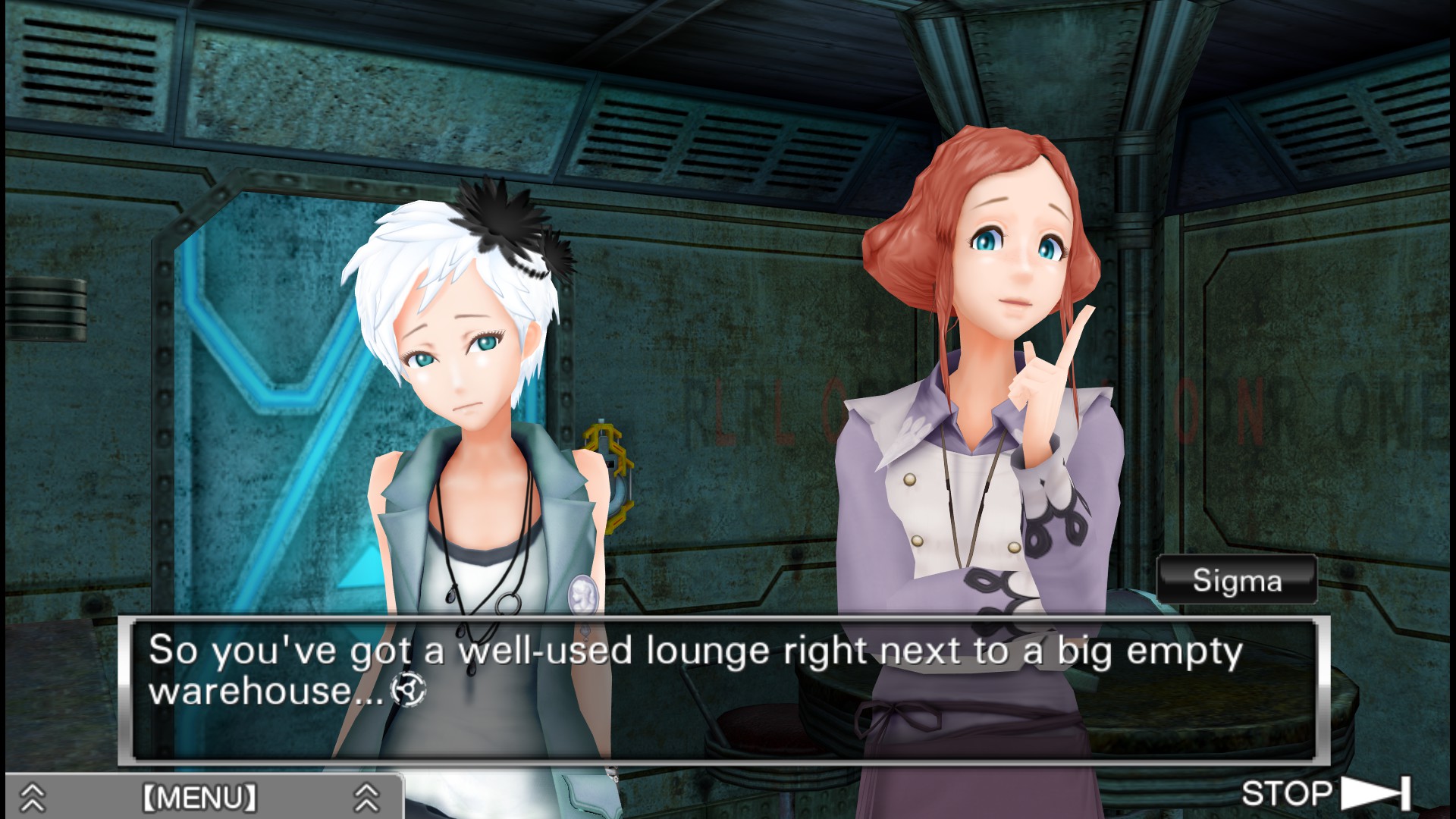 The basic premise is the same each time, then, but it's surprising how much mileage Chunsoft get out of this single concept. To say too much about the story would only spoil its many surprises, but each game's respective melting pot of fraught personalities, bitter betrayal and tentative alliances is thrilling, gripping stuff, especially when its text-puzzle-text-puzzle structure helps funnel those tensions closer and closer to the surface as different groups of characters get thrust together by the Nonary Game's various machinations.

What's truly brilliant about Zero Escape, however, is the way it turns that classic visual novel trope of multiple playthroughs on its head, as the idea of jumping back in time and making different decisions based on what you've just experienced is built straight into the game's story. And it doesn't always play out like you might expect, either.

Combine that with some truly excellent point-and-click style escape room puzzles that give your brain as much as a workout as your text-box-clicking finger, and you've got a genre-defining classic on your hands. Yes, some of its characters have a rather bad habit of shoehorning in long chats about complex philosophical quandaries now and then, often at rather inopportune moments (at one point you get trapped inside a walk-in freezer and end up sitting through a lecture about the different states of carbon dioxide and the crystallisation of glycerin - I wish I was joking) but when hints and winks of these themes start to emerge throughout the story, you just feel so darn smart. If you like games that give you plenty to chew over long after the credits have rolled, Zero Escape is the thing for you.

And now, if you'll excuse me, my watch is flashing the number three at me, and I've got ten seconds to get through the next door before I get blown to pieces. Goodbye!