Does anyone remember Greed Corp? It's a neat digital board game about harvesting the earth beneath your feet in order to destroy your enemies, and hoping they're the ones who wind up in the abyss. It came out a decade ago, but I hadn't played anything that mashed up computers and cardboard in a way that scratched the same itch until this morning.

Hex Gambit: Respawned is like chess meets Into The Breach meets American football. It's about making robots destroy other robots, or else making robots bounce over other robots' heads so they can slap their opponent's totem, score a point, and do a little dance. I like it, even though I'm only playing in the closed beta and haven't had a chance to fight a human.

The basics are simple. Up to four players start with two totems, and a small army of bots to defend them with. You earn points by either blowing up enemy bots or slapping those totems with an adjacent friendly unit, and the first to ten points wins. You get three actions each turn, which you're free to spread between your bots as you please - but each individual unit can only move once and attack once on a turn. You can also use your actions on spawning in new robots, though you've got a limited supply of each class.

This is where things get juicy. Every robot has a specialised role: Runners are fragile totem-slappers, while Brutes are slow but hit like self-driving trucks. You've got Snipers that attack from afar, and Defenders who can create invulnerable temporary blockades. Soldiers seem particularly nasty, as they can deal two damage to two squares in a row. There are plenty more unit types I haven't mentioned, and careful positioning is always vital. 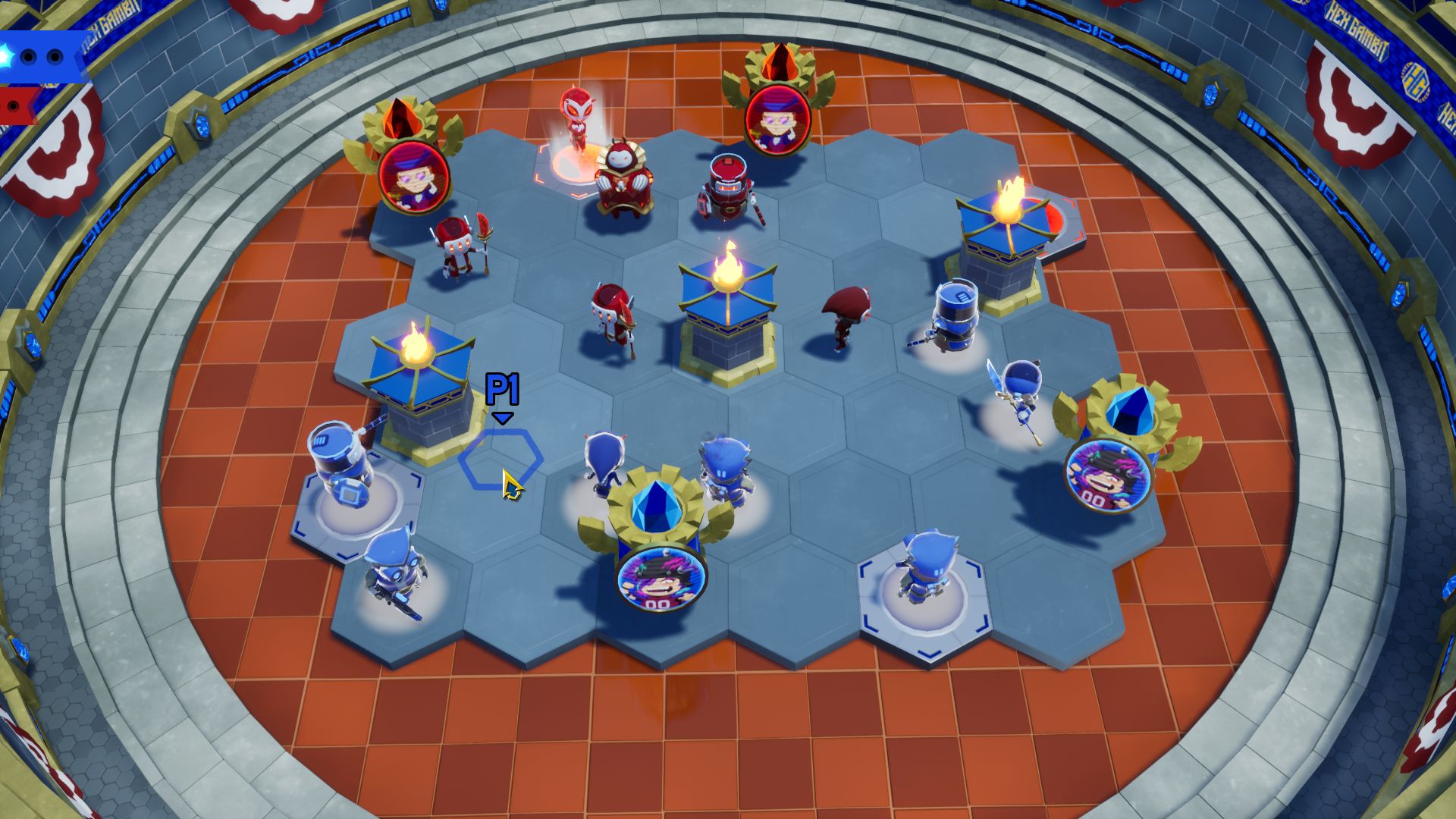 Like chess, a good move is one that accomplishes loads at once. I might move a Soldier so it's no longer blocking a Sniper, while simultaneously setting them up for a double attack AND forming the start of a chain that might help my runner move forwards. That's because you can bounce over an infinite number of robo-heads, as long as they're all lined up together, and it will only ever count as moving one tile. That rule winds up really changing how you see the board - or failing to. I keep accidentally creating superhighways to my totems, which the mostly not-great AI is annoyingly good at exploiting.

Every move leaves you with so much to think about. It's a balancing act, where you're spinning plates that can either crash into each other and burn or align in beautiful harmonies. Plenty of abilities push robots around, so my mind snaps into the same place as it does when I'm playing Into The Breach. "If only I can shove that runner over there", I'll think, "he'll be adjacent to that Soldier, and my Brute can smash them both at once". 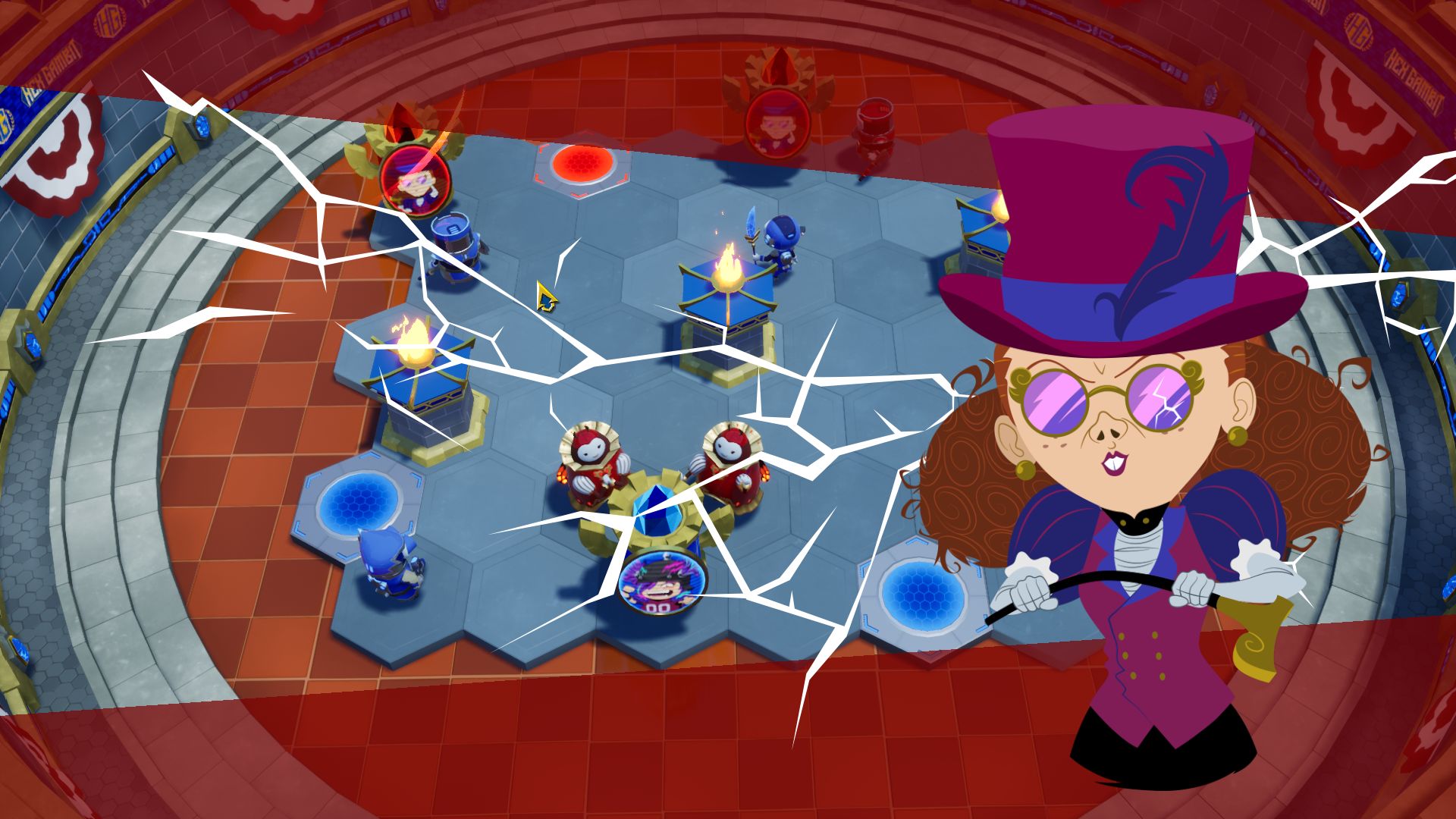 Psuedo-disposability adds to that. The Breach is all about engineering perfection (or as close as you can get), but you'll never win a game of Hex Gambit without losing a unit or two. That's why I'm emphasising the chess comparison. It's about considered sacrifice, and looking several moves ahead to a net advantage rather than chasing a ten-nil victory. That reminds of a board game called Hive, too, which is high praise - it's balanced in such a way that in a match between two skilled players, one should only ever be able to carve out a tiny lead. I can see the last few turns of a close game being extra spicy, because the match ends the moment someone reaches ten points. Every friendly robot is a point waiting to be grabbed by your enemy, but that doesn't matter at the end. I can picture cautious dances, with each player attempting to manoeuvre their Runners into a winning position. 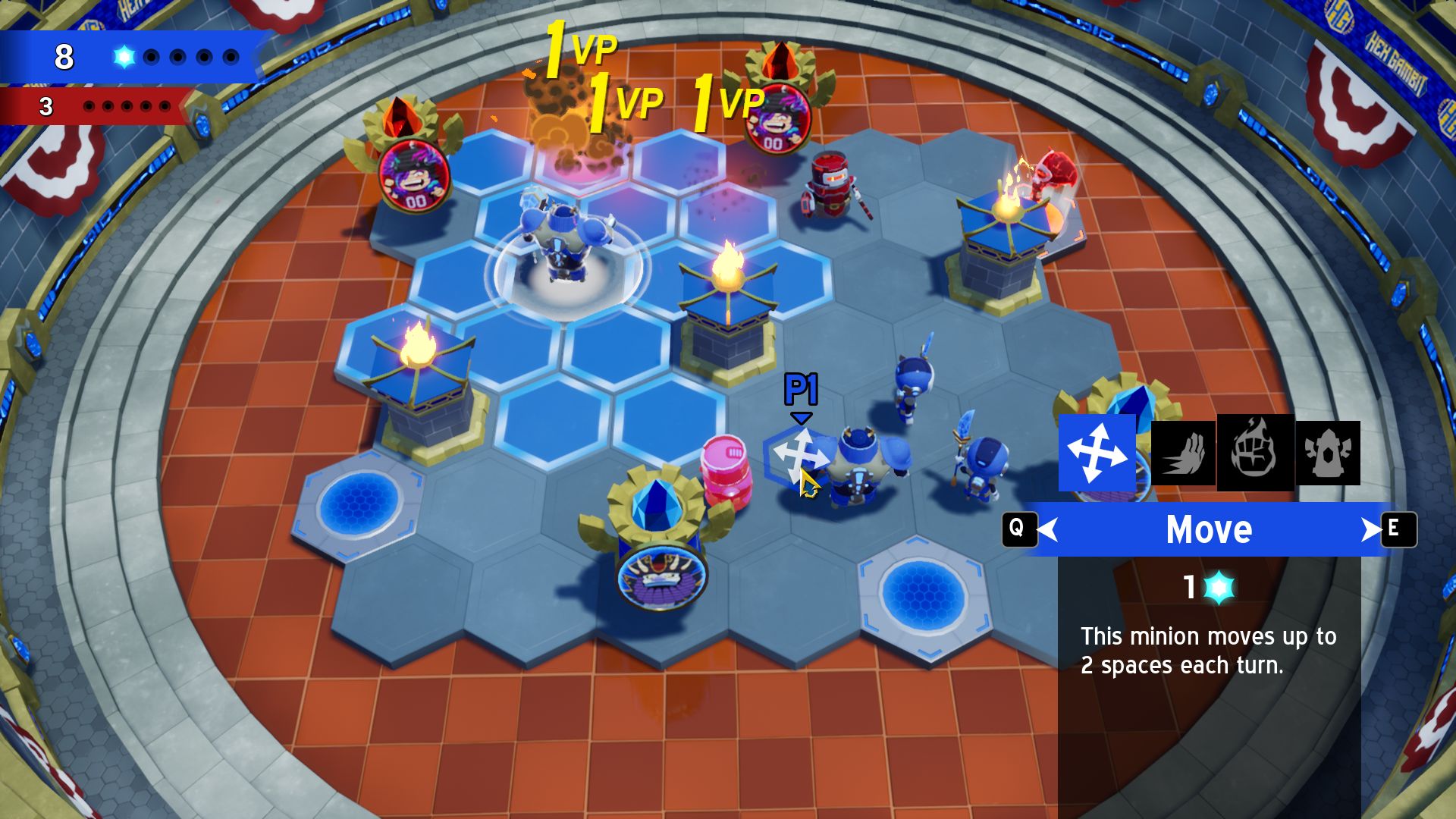 I am having to speculate a little, because the AI is pretty squishable and there's no online multiplayer. You can get around that with Steam Remote Play, but that means recruiting a friend or asking around in the game's Discord. I don't really fancy being crushed by experienced players.

When the full game comes out next year, though, I do plan on badgering a friend or two into joining me. It's been far too long since we stayed up into the night playing something like Greed Corp.