Ian Hitman today gets to kill Mr Giggles ? as the final one-off 'Elusive Target' of his episodic killing spree in Hitman [official site]. He has ten days to murder the cheery fella before he vanishes forever. IO do explictly call this "the final Elusive Target for Season One", which would suggest that they're still planning a second season now they have split from former owner Square Enix. They've never said they weren't, mind, but it is comforting to hear IO repeat this after the uncertainty when Squeenix dumped them.

Mr Giggles, codenamed 'The Entertainer', arrives in Marrakesh at 1pm today (5am Pacific), where he'll be up to no good for 240 hours - 10 days. As ever with Elusive Targets, if you miss this window, he'll be gone. If you blow the mission, you can miss him forever - no restarting once an objective has been completed. Oh, and of course bopping him helps unlock bonus suits.

Also out today is Hitman's July update. Changes including making Ian slightly more resilient on lower difficulty settings, unlocking the Professional Difficulty option at a lower level, and, er, stopping a toilet in Marrakesh from killing Ian with such gay abandon.

I'm sure I've seen Giggles' Edinburgh Festival show. He does plate-spinning and close-up magic which inevitably climaxes in him piercing bodyparts with metal spikes, right? 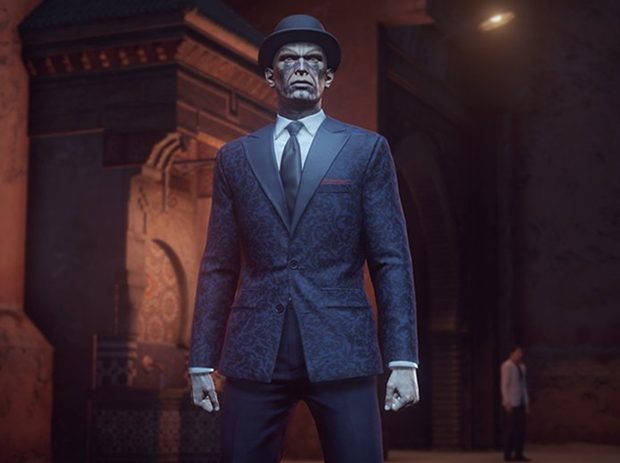 Giggles is the 26th of Hitman's Elusive Target events (though the 28th actual target, thanks to two double-kill contracts), which have largely come once or twice per month. Have you been returning to whack them, gang?