I think I have everything necessary for an ace Independence Day beach bash.

So why am I being riddled with bullets, bumped by hoverbikes, and crushed by my own starry striped monster truck? Ah, it's just another Independence Day in Los Santos.

Following last year's partial success in throwing a spontaneous 4th of July party with randos in GTA Online, I returned this year full of hope. While 2018's festivities did end with fighter jets strafing the beach, we did have a good few minutes of monster truck donuts, fireworks, and foolish self-inflicted injuries.

Seeing as Rockstar are marking this year's events with big discounts on loads of expensive businesses and vehicles, on top of offering the usual festive clothes, I was expecting many mirthful players. It did start well. 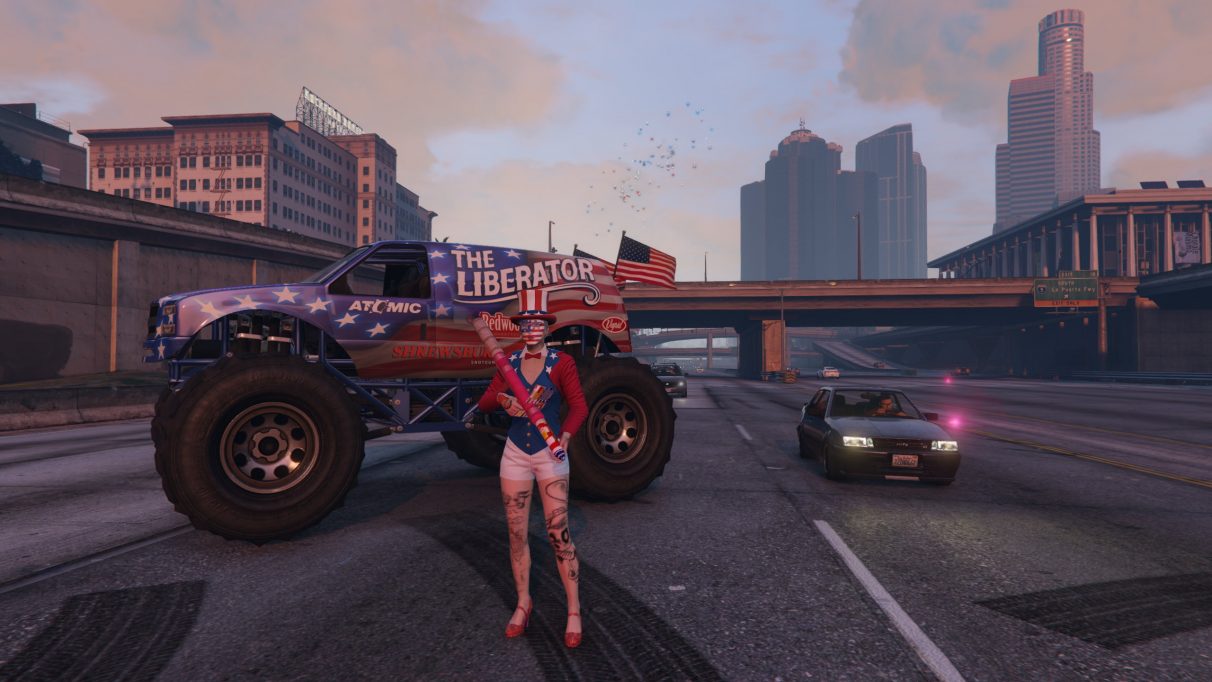 I raised a little interest by smashing and honking around the city centre in my Liberator monster truck, launching colourful flares as I drove and occasionally stopping to pop off fireworks. A short convoy of revellers gathered, drunkenly winding through the streets towards the beach. I stopped to let someone ride with me. They shot me in the face then slid into the driver seat and made their getaway. Ah.

Next I tried forming a party at the beach, hoping to skip the risk of players becoming bored on the journey. Who could resist sun, surf, and 'splosions? The stuffy CEO on a megayacht just offshore, apparently. Goodbye, truck. 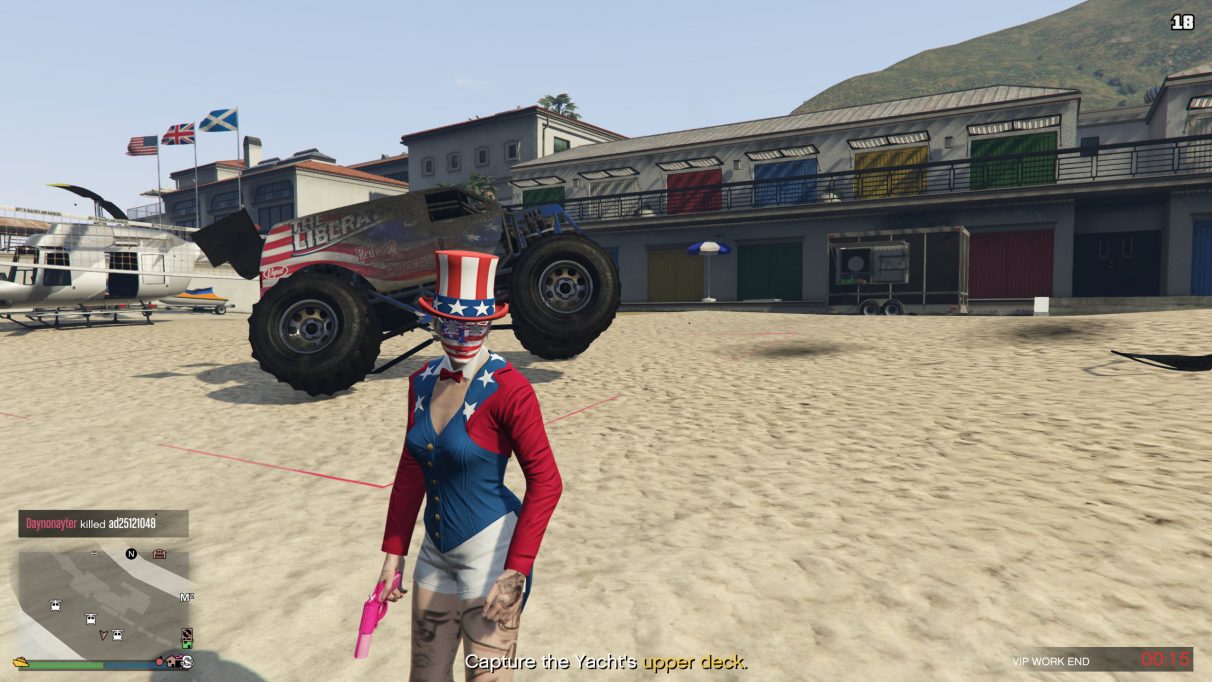 I wasn't even firing flares at your tacky boat, you know, despite what photographic evidence might suggest. 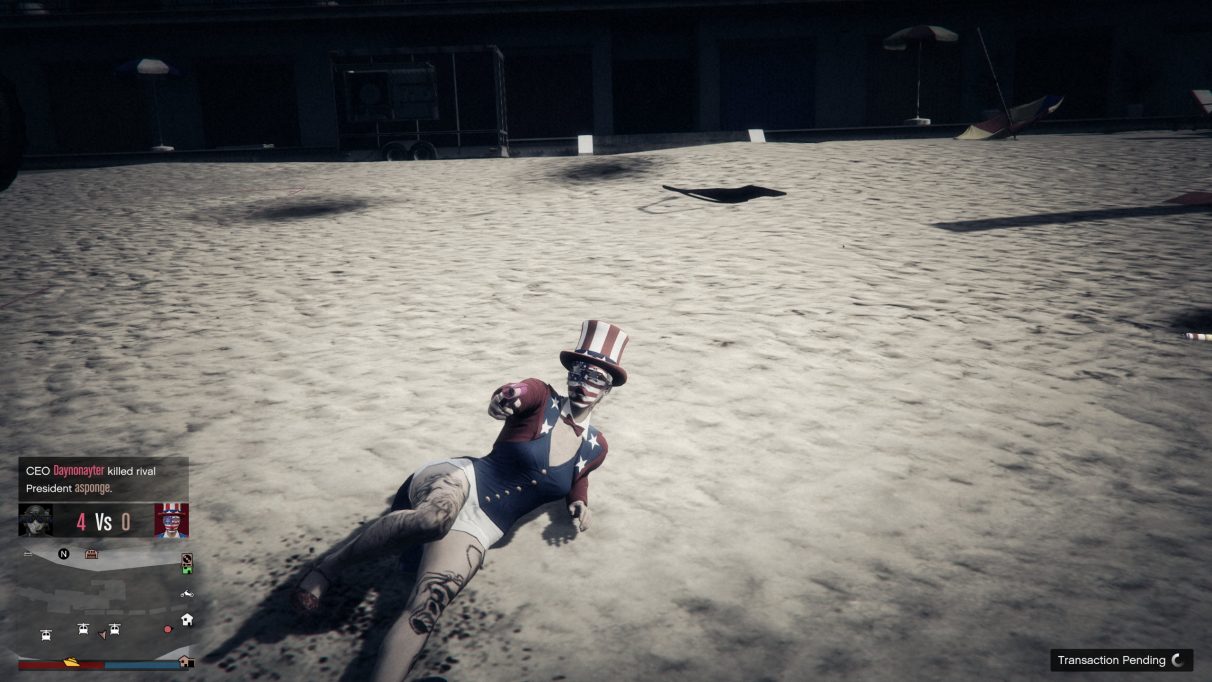 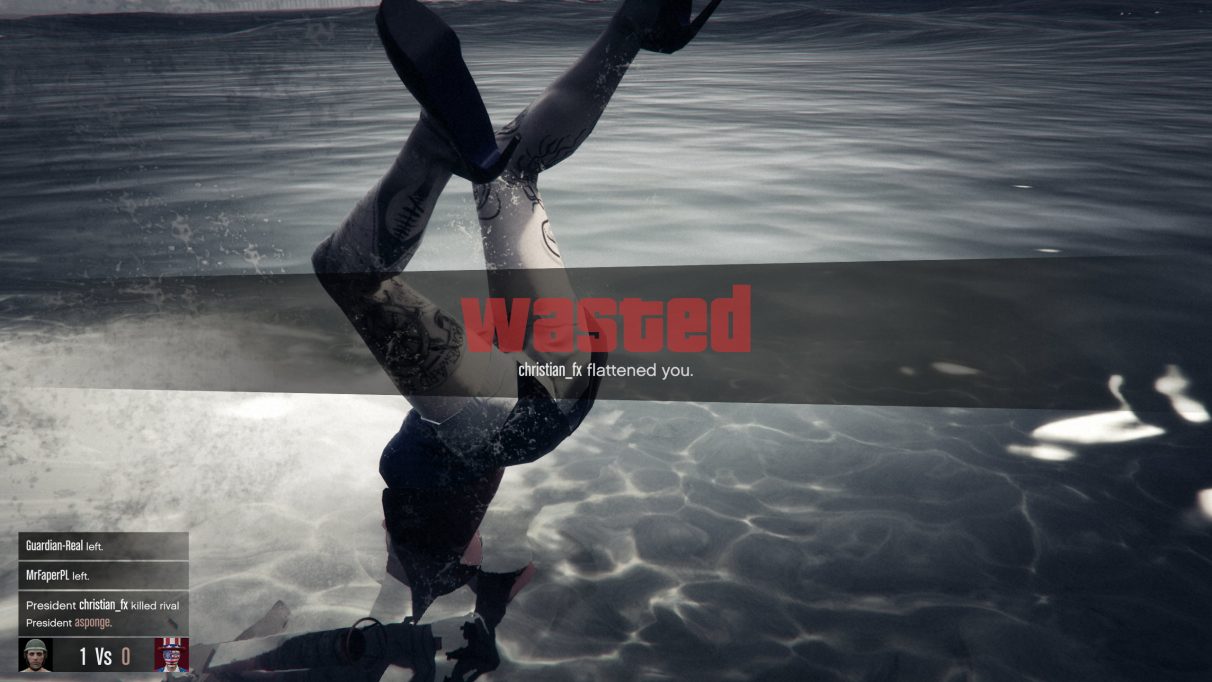 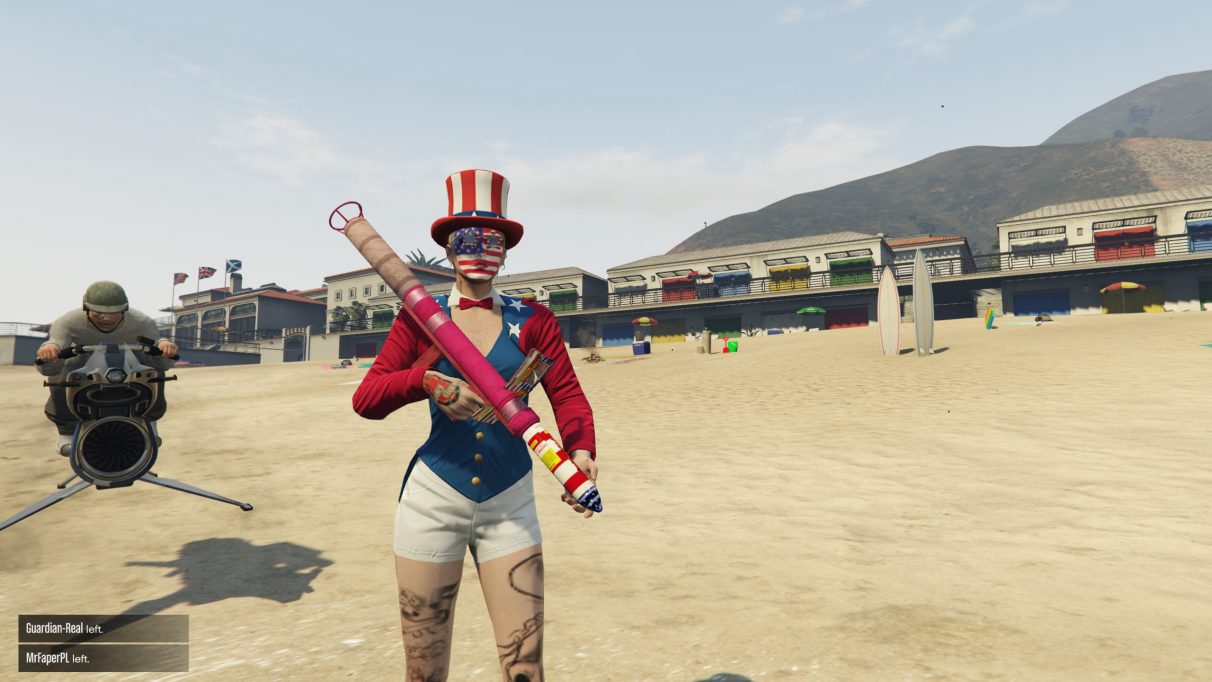 Oh for... well no wonder partygoers can't reach the beach. The roads are jammed by a three-way crossfire between an armoured truck, the cops, and a flying car. 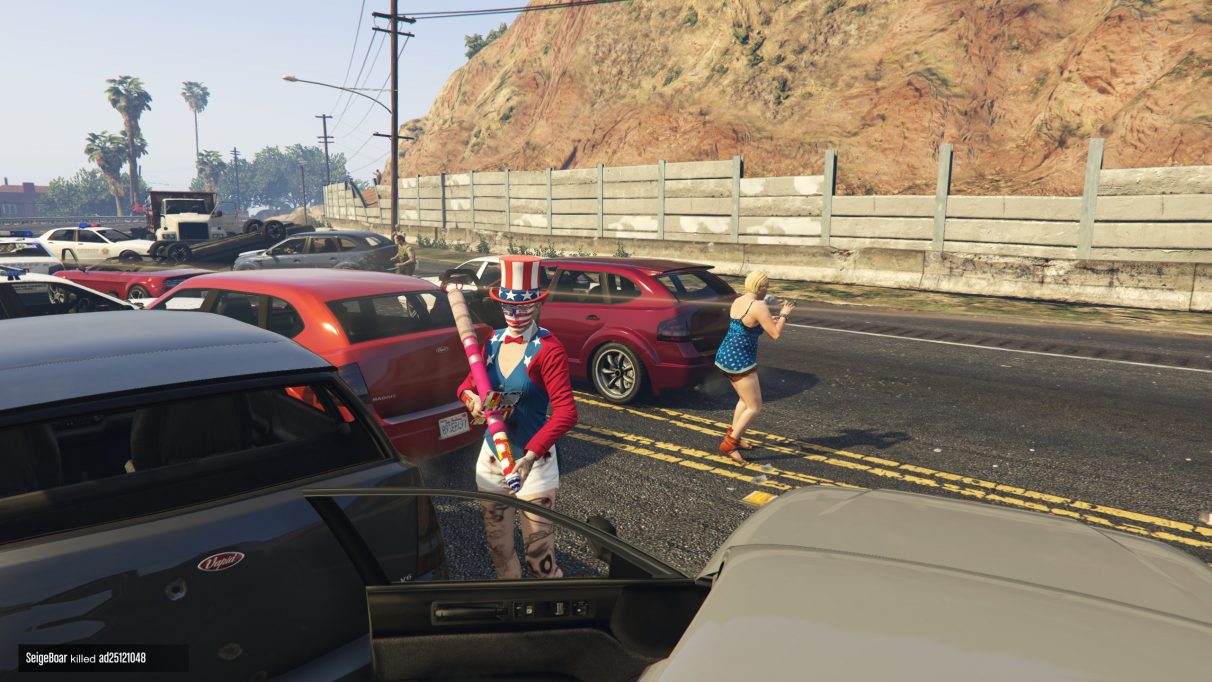 That's just how it goes, I suppose. But I'm happy enough. I got to launch plenty of fireworks, I did see many explosions even if they were often in my face, the murder added a certain thrill, and my costs were covered by that there Twitch Prime cash giveaway anyway. 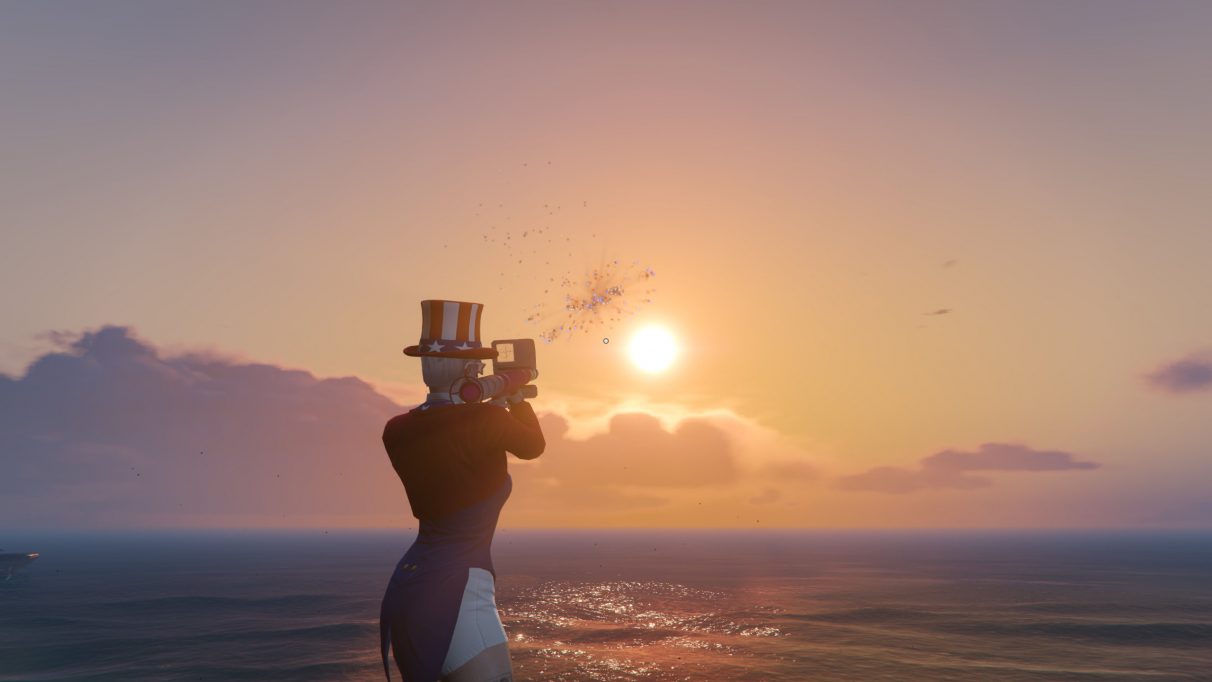 I'll try again later. I must. Launching sparkly missiles is our sacred endeavour.

Disclosure: As an Edinburgh resident, I have pals who work at Rockstar. It's impossible not to. These people are just... here. There. Everywhere. You can even know one for months without discovering their true nature. CHILLING.