In 2014, Noah Whinston was struggling to see why he should support any specific esports team. He felt as though each was only branding itself on how good their players were, and, as he puts it, “no team wins forever.”

In the same year, Sabrina Wong attended her first esports event: MLG Anaheim. Thousands of fans watched hundreds of professionals face off in a variety of games, from Smash to Starcraft. “I think throughout the weekend I only saw four women,” she tells me. “I really enjoyed it, but I just didn’t understand why there wasn’t more diversity.”

A year later, Whinston founded the organisation Immortals, where Wong is now the community outreach coordinator. They’re probably best known for their Overwatch League team, the Los Angeles Valiant, who have spent this year setting themselves apart from the all-too-often uninclusive esports community with initiatives like their “Be Valiant” series.

Be Valiant encompasses a huge variety of events. The team hosted a Pride day at Blizzard’s Burbank arena; set up a booth at LA’s Pride march that sold trinkets to benefit the trans Latino community via local charity Queerty; and partnered with You Can Play, an NGO that supports LGBTQ+ athletes. They held a women in gaming summit in conjunction with Microsoft, threw a block party designed to appeal to families and children, and raised tens of thousands of dollars for St. Jude’s childrens’ hospital.

Wong tells me that every aspect of every event is designed with inclusivity in mind. “Even when we say the name of the event or create a title we want to make sure it really aligns with our values,” she says. “If we can input something that really amps it up and emphasises the fact that it’s there to support a certain community that we want to highlight, we do it.” 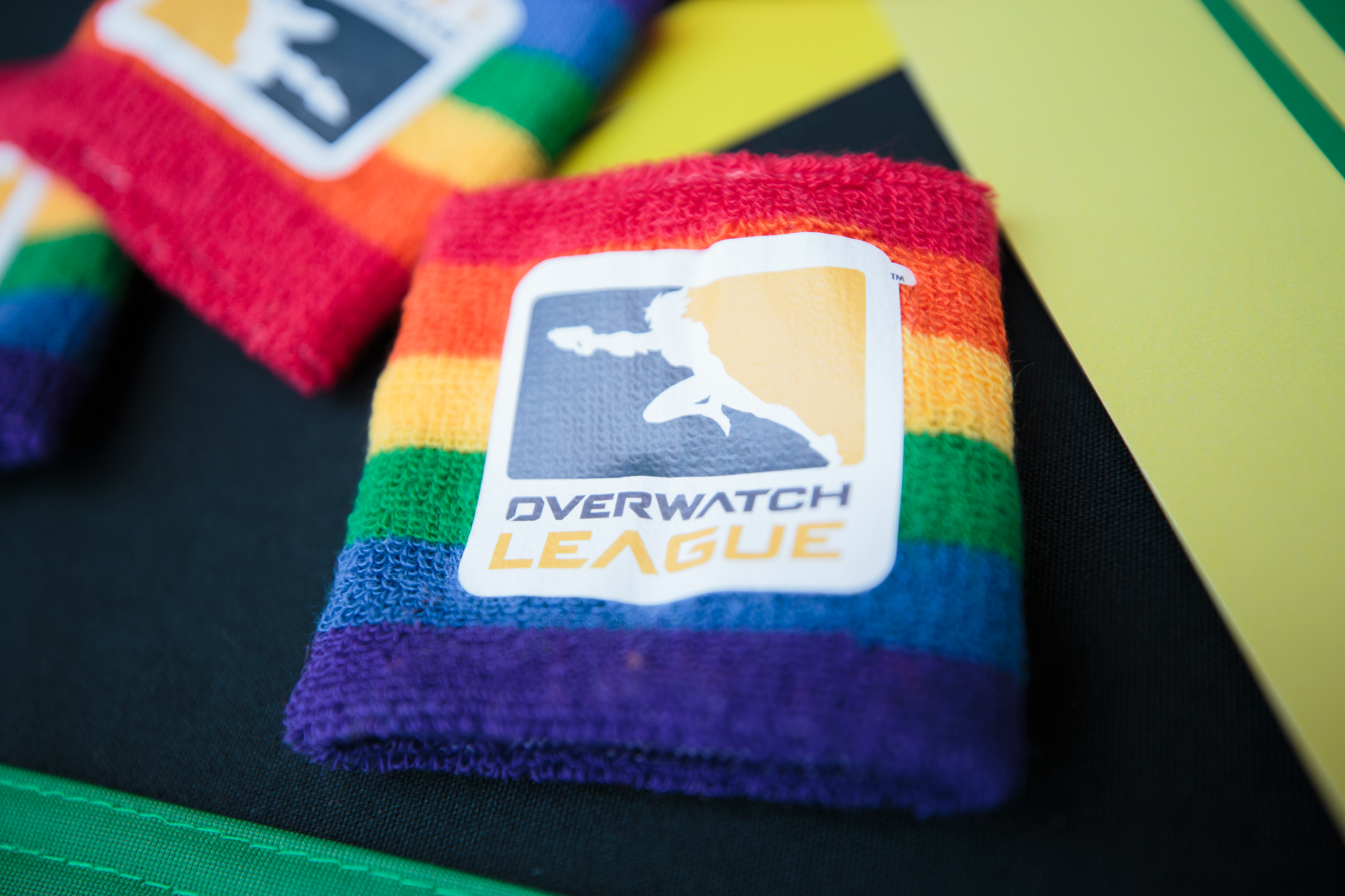 Whinston is also clear that this doesn’t only apply to in-person events, but also in places like their Discord channel. “We try to create fan communities that are safe and inclusive and participatory not just for the ‘standard’ or ‘traditional’ definition of what a gaming or an esports fan is but for a much more broad, much more modern definition – i.e. literally anyone that likes gaming and esports.”

But that doesn’t mean an entirely open doors policy. “We have very strict community moderation standards,” he tells me. “Sometimes you have to saw off one of the limbs of the tree to save the whole tree.” In other words, if you try to include everybody, including those who are unfriendly or unwelcoming to certain groups, you may be unintentionally excluding people. “We want everyone to be able to walk into that room and know that everyone around them shares that same fundamental belief system,” he summarises.

Though there have been some difficult situations in excluding what Whinston calls “really active” but “unfriendly” fans, it’s led to a much more diverse and engaged fandom – “I’m so excited to say that the Los Angeles Valiant hosts events where 50% of them are women,” Wong says. But it also has a wider effect. “We got a lot of messages saying that the LA Valiant aligning with partners such as You Can Play…really changed their minds about how to perceive the LGBT community,” she tells me. And in turn, others reached out to say it made them feel more comfortable in the gaming community. 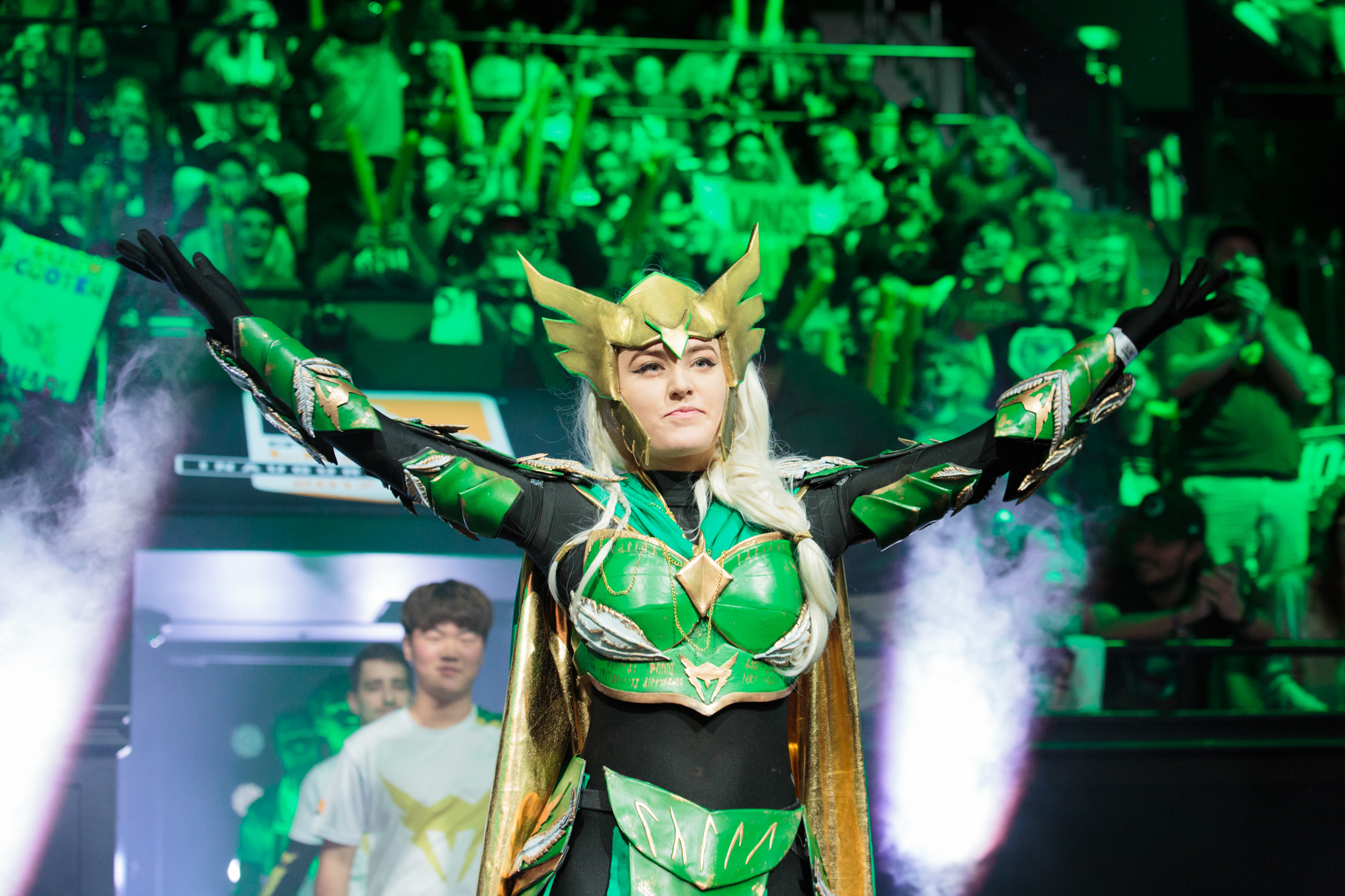 And yet it’s clear there’s a long way to go. While Immortals and the Valiant have undoubtedly done a lot to make their fan communities diverse, representation in professional players is a more difficult problem. “There isn’t really a short-term fix,” Whinston tells me. “The fact of the matter is that there is just not some large pool of female players right below the Overwatch League level that are just not getting their shot.”

“It’s starting at the very grassroots level of video game participation, down to how society codes video games as a male thing rather than a female thing,” he says, as well as “larger attrition rates” that see women stopping before reaching the professional level.

There have been a couple of high profile cases of women being excluded for their gender, like the current coach for the new Washington DC team Molly "Avalla" Kim telling Polygon that she “trialed and was accepted into a team, but gave up quickly because of the difficulties of joining a team house with other [male] players.” But it does seem that there’s also a pipeline problem, one that the Valiant is attempting to tackle by inviting women to get into playing Overwatch at their events, including friendly LAN competitions.

When I ask Wong about this issue, she’s clear that she can only talk about her personal experiences, and states that “the esports community is getting better and better.” She points out that Fortnite has plenty of female esports competitors, saying that for “newer generations, it’s not a boys’ club anymore. Anybody can play, whether you’re female, male, or non-binary.”

But she also relates negative comments she’s received. She tells me that she’s had people ask her if she only has her job because "she looks a certain way," or simply because she’s a woman. "It's hard to get that feedback sometimes when you’re working so hard," she says. "I’ve worked my way to be here, I’ve worked my way to create events [that raised] over $10,000 of proceeds to St. Jude, it’s not simply just a gender thing."

As we’re talking, PR manager Jen Neale is listening in, and here she adds her own perspective. “It’s not just about changing the norms,” she says. “It’s about women too, coming in and showing that they belong here…Women should be coming to this industry in droves and giving everything they have.” (When I ask if I can quote her, she laughs, tells me yes, and apologises for interrupting but says that I hit her “passion project button.”) 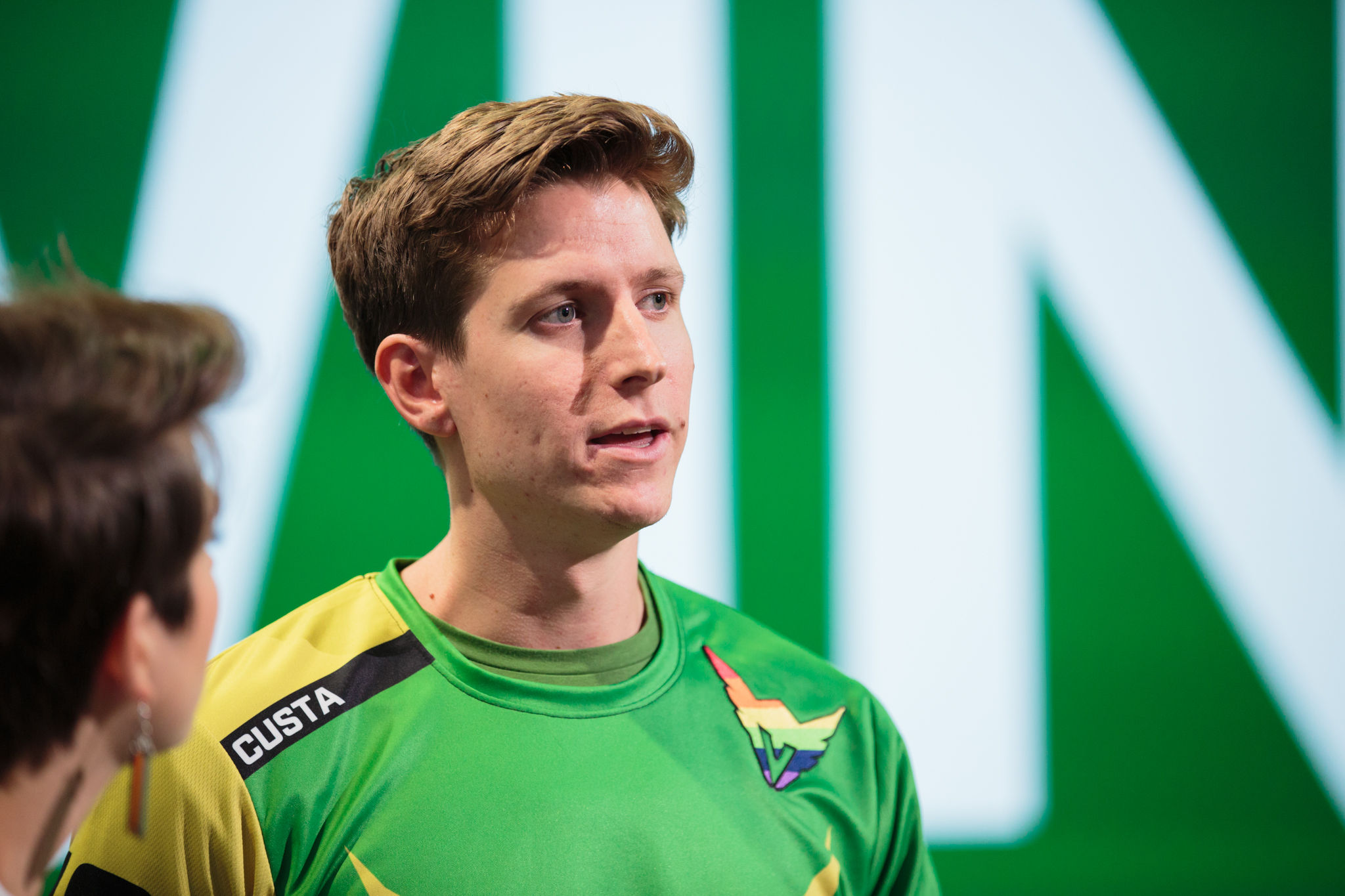 It’s true that women like Wong, Neale, and others in Immortals’ corporate structure are their own kind of representation for women who might want to get into the industry. But it’s also true that women and other marginalised folk might not want to deal with what Whinston calls “toxic and unwelcoming” elements.

The phrase originally comes from a statement that I criticised him for, in which he said that “the esports industry has been unfairly characterized" that way. When I ask him about it, he agrees that "the wording was not actually reflecting what I was trying to say," and clarifies that “structurally and traditionally esports is pretty toxic and unwelcoming.” But, crucially, that isn't something “inherent to video games or the game of Overwatch…so in some ways this is a problem that has been created and can be solved.”

One of the ways that Valiant is attempting to solve the issue is by providing "active ally" training. This seems like an important step, considering how often the Overwatch League’s inaugural season was marred by homophobic, racist, and otherwise bigoted behaviour coming from players and casters. When I asked Nate Nanzer about this at the Paris leg of the World Cup, he told me that all players received “media” and “sexual harassment” training.

“I define these two [types of training] very differently,” Whinston says. “Media training and sexual harassment training is like, kind of training in how to not say stupid shit. [The extra training given to the Valiant], that’s about how to not do stupid shit and not to believe stupid shit.” He adds that these kinds of lessons are important because the player base is “relatively young and relatively immature."

But there’s still a strong sense that the Overwatch League itself is pushing esports forward when it comes to diversity and inclusivity. Whinston, Neale, and Wong all said that, while the Immortals’ values extend to every part of their organisation, it’s the Valiant that’s spearheading them. And all three tell me that there’s plenty planned for 2019 and beyond.