When Noah was faced with the task of stocking the ark, it was a fairly simple business: “two of everything, mate, and don’t bother with the unicorns.” In fact, considering Noah was most likely a hapless Bronze Age farmer trying to survive a regional flood, it was probably even simpler. The situation more likely boiled down to “as many goats as you can force on board, plus a couple of cows and maybe a donkey if it’ll fit.” Easy. By contrast, Frontier Developments’ task, in choosing what animals to include in Planet Zoo, seems daunting - even if it did involve less in the way of physically manoeuvring goats onto a raft.

There are, after all, very very many types of animal in the world. Species totals between one and two million get chucked around all the time, but these come with a big caveat: however you choose to slice things, a big chunk of these totals will always comprise beetles that only an expert could distinguish from other, very similar beetles. So with that in mind, let's slash the total right down to just the number of species currently kept in zoos and aquariums, and only in the US. Alas, we still end up with 6,000+, according to the Association of Zoos and Aquariums. That's a lot of animals. To find out how Frontier got from here, to the list of 76 animals in Planet Zoo at launch (there are 80 now), I had a bit of a duck-billed chatypus with PZ’s senior artist Lisa Bauwens, and game director Piers Jackson.

Let’s get this out there first, because it’s important: Bauwens' favourite animal is the tapir, which I respect (I respect the opinion, that is. But I also respect the tapir itself. Only the Malayan version though, as it looks like a nice pig crossed with a battenberg cake. I do not respect the inferior Brazilian Tapir, which looks like a fool). Bauwens says she “really grew a liking” to the tropical snufflers while the game was in development, being especially delighted by their stripy babies, and their tendency to "use their snouts as snorkels while swimming". Bauwens was right: tapirs are great. So they were a dead cert for inclusion. That left 75 slots free.

It seems Frontier decided early on not to include any fish in the game. While some semi-watery folks, like saltwater crocodiles, did make it in, for the most part, aquatic animals in general were out of the picture. I asked Jackson about this decision, because I’ve got a private obsession with seeing fish and other watery things in games, but he dodged the issue (pretty reasonably, to be fair), with “right now we don’t have anything to share about the future of Planet Zoo, beyond our ongoing work to keep improving and optimising the game.”

Just after our conversation, the game’s first DLC pack launched, featuring four cold-weather animals. But penguins, surely a clear crowd-pleaser, were not among them. While I don’t know for sure, the omission of such swimmy birds has only further stoked my personal belief that an aquatic update is on its way at some point. Speaking of birds, while they’re not as absent as fish, there are only three in the game - the ostrich, the Indian peafowl, and the flamingo. According to Jackson, this was partially down to “an element of behaviour and navigation systems.” Putting flighted birds into the game, he explains, “present[ed] a different challenge” from ground-lords such as ostriches. 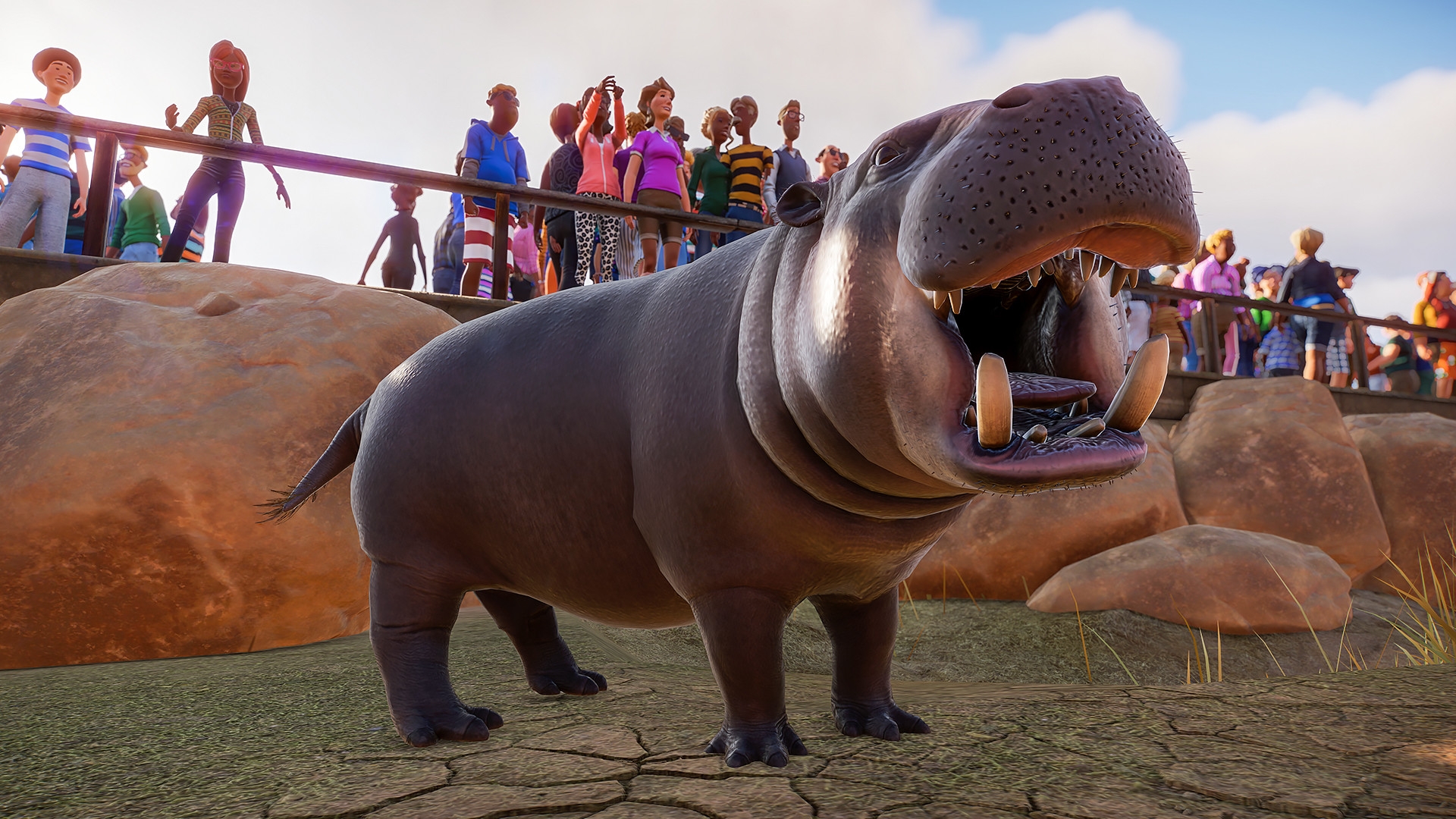 That’s birds and fish off the table, then. But what about the elephant in the room? And when I say “elephant”, I mean “invertebrates”, because there are a vast number of the things. Frontier’s solution to beetles and their friends came fairly early in the design process, when the call was made to split the game’s animals between “habitat” species (larger animals, with fully designable outdoor enclosures) and “exhibit” species (smaller creatures, with limited simulated behaviour, housed exclusively in one-size-fits-all terrarium cubes).

“We had a desire to have these animals in the zoo to create diversity” says Jackson, “but we knew we’d need to handle their inclusion separately from habitat animals, given both scale and behavioural differences.” This makes sense, especially in terms of invertebrates: after all, who keeps a tarantula in a meadow? But it also restricted the potential for including smaller mammals, even smash hit creatures such as meerkats. 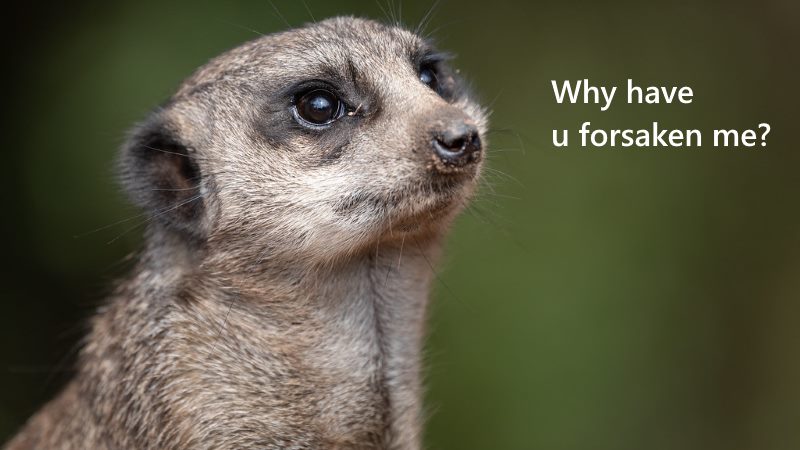 The ultra-customisable habitat system was designed, it seems, around the modelled behaviour of large animals. Indeed, according to Bauwens, one of the most time-consuming animation issues was making foot-planting look right in large animals, no matter the gradient they were walking on. Given that, it’s easy to figure that trying to populate habitats with meerkat-sized creatures would require a lot of reworking. Behaviours like burrowing, for example, would be an obvious headache.

Also, from a practical point of view, you wouldn’t be able to see creatures like these when viewing your zoo from any sort of distance. “We were making a management simulation that would often be played from an elevated point of view,” Jackson explains, “and in these situations, larger animals obviously have a far greater visual impact and so become easier to manage.” 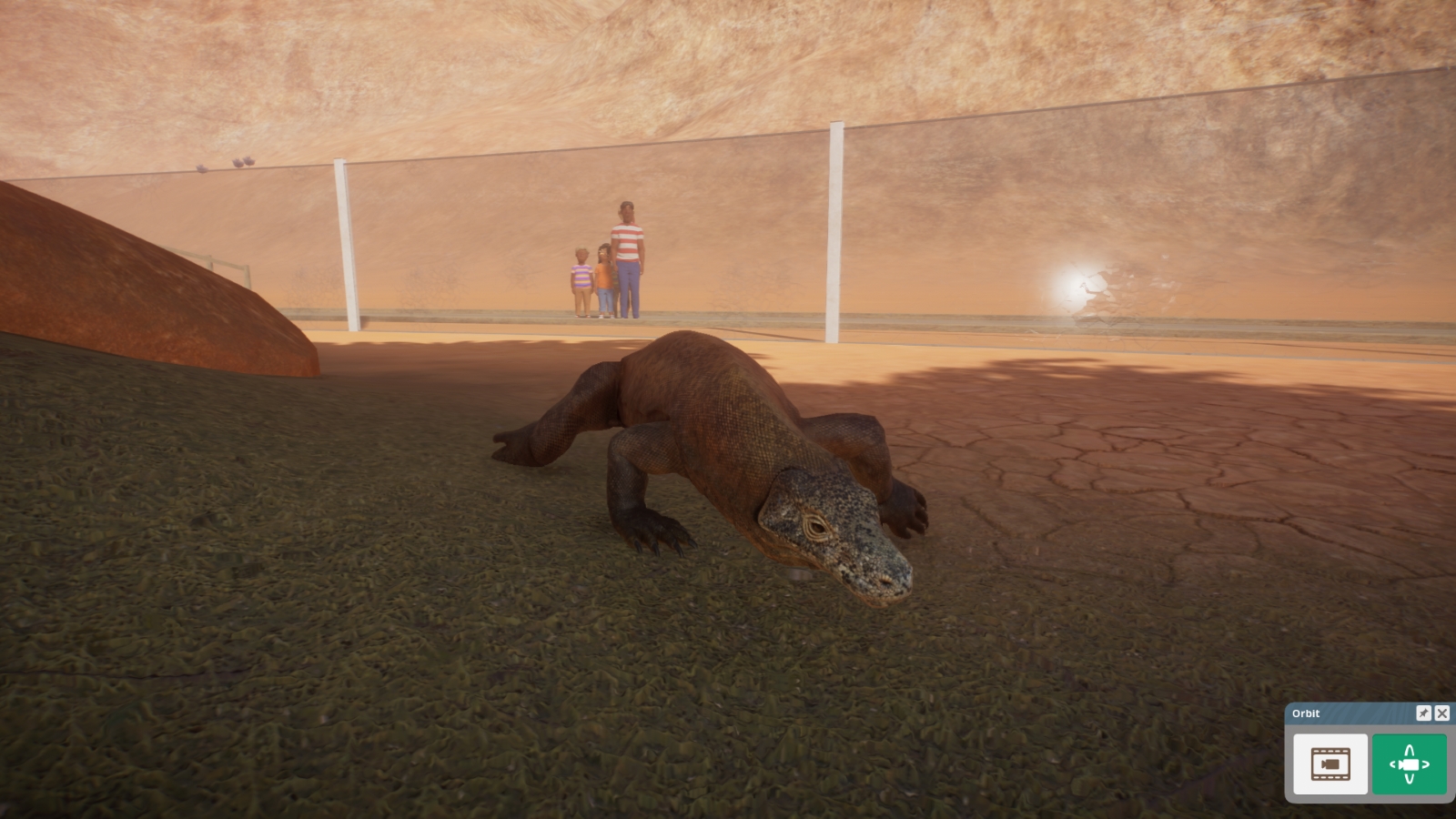 So small animals (and among them of course, all the invertebrates) ended up in exhibits. Was there room for exhibits to at least be more customisable, though? Jackson says that Frontier had initially wanted to make them fully constructible in the same way as habitats, but that “the level of intricacy and knock-on consequences became prohibitive and led to the approach we took”.

In the end, some 23 of the game’s initial 76 animals were exhibit species, including among their number eleven invertebrates, nine reptiles, and three amphibians. That left 53 slots (or 52, given tapirs) to be filled. And with invertebrates, fish, flighted birds, and all small vertebrates binned, that left only large mammals, large reptiles, and flightless birds to choose from. In other words, what zoologists call “charismatic megafauna” - those animals big and recognisable enough to draw a crowd. 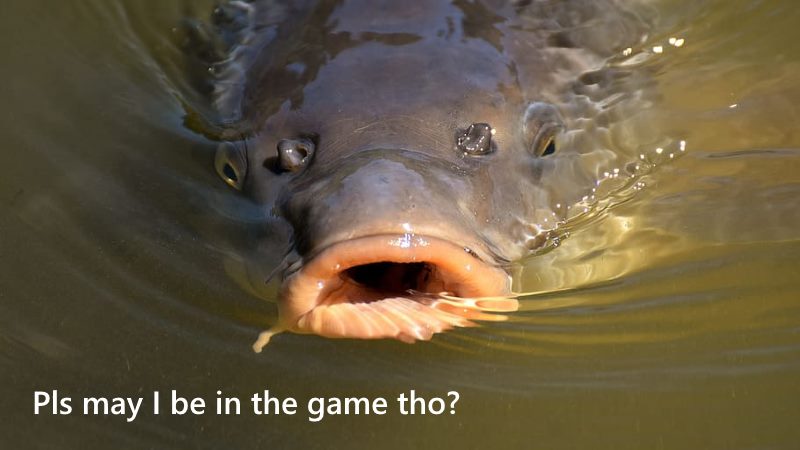 But that still left a big list to choose from. There are just loads of animals, you see. Spoilt for choice, Frontier ended up resorting to democracy. “We started with a really long list of animals that we knew were housed in zoos," Jackson explains. "This list far exceeded anything we’d be able to fulfil - but it was a good starting point. Then we had a voting process within the team, based on what animals we thought people would expect, or want, to see in a zoo.”

This process, Jackson says, highlighted some of the species Frontier knew they would probably need to ship with. Then came the hard bit. “Aiming for species diversity, both in terms of taxonomic variety and monitored levels of endangerment, [Such as the CITES list] helped steer the next round of selection”. Essentially at this point, there were two groups of animals identified: those which people expected to see in the game, and those which had particular significance in conservation. These were then merged into a sort of Venn diagram, where the animals in the central intersection - or at least, the broadest possible taxonomic variety of those animals - ended up being Planet Zoo’s final species list. 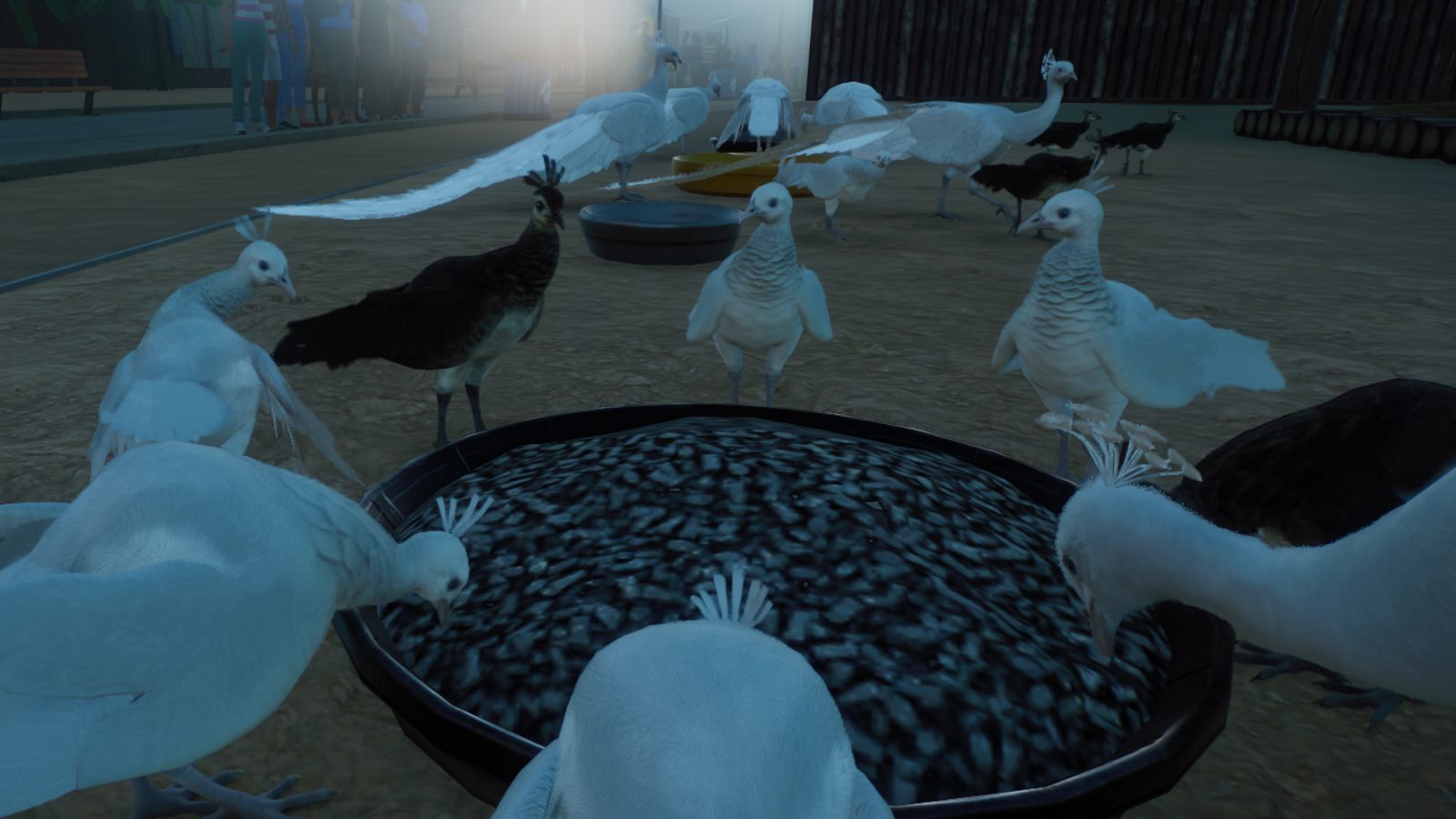 While I’ve possibly focused a bit too much here on what wasn’t included in the game (GIVE US MANATEES), I can really see the rationale for winnowing down the eventual habitat-housed animal list to only 44 mammals, six reptiles, and three birds. Because after just a few minutes talking to Bauwens about the amount of effort that went into finessing every single beast on that list of 53, the number seems suddenly gigantic.

“We iterated on shaders with the primates so many times,” she says. “And the eyes were just so important to get right, which you’ll know if you’ve been close to an orangutan, for example. We had milestone meeting after milestone meeting, where the eyes and the fur just kept getting better, bit by tiny bit.” The sound team had their work cut out as well, she says, with some vocalisations undergoing endless revisions until they “felt right”. This perfectionist approach to detail was even applied to the world of turds, with Bauwens recalling animators “sat there, watching hours and hours of footage of animals just... pooing.” 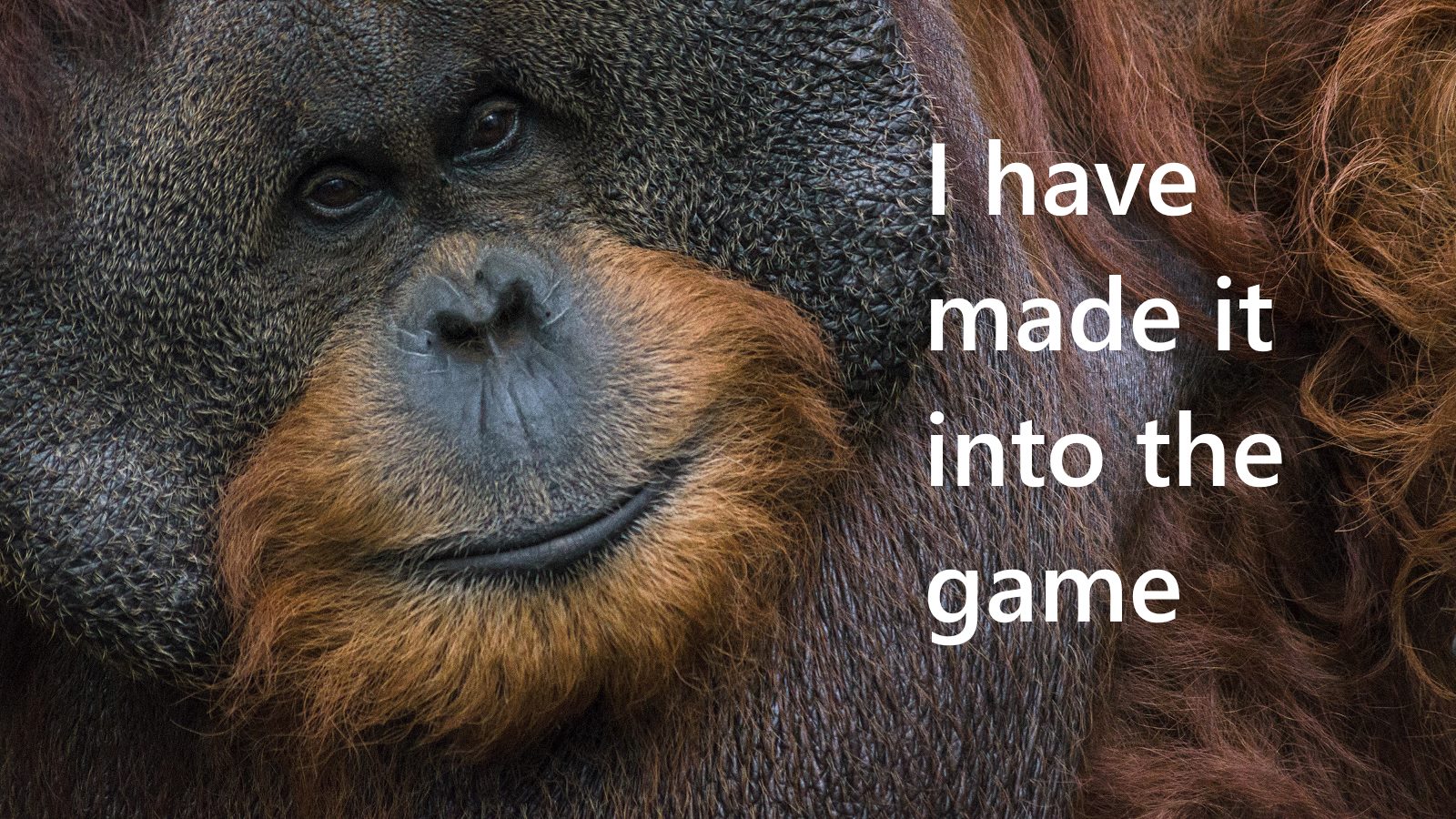 It’s fair to say the effort has paid off, however, because the animals in Planet Zoo are the most realistic I’ve ever seen in a game. They’re realistic enough, in fact, that people are learning things from them. “We get bug reports about pangolins walking on two legs, or lemurs doing weird T-poses,” says Lisa, “and people don’t realise these are very much features.” But what about tapirs, I ask - do they use their snouts as snorkels when they swim in the game? “You’ll have to watch one for a while and find out,” answers Lisa. I guess it’s back to the tapirs for me, then.