Building your own gaming PC isn't too bad if you know what you're doing, but for first-time builders it can be quite the daunting experience. Sometimes, it's just easier to get someone else to do all the legwork for you, especially if you're after something small and diddy like the rather swish Zotac MEK1. Other times, though, it can be both cheaper and more satisfying to make one yourself, where you've got complete freedom to choose your own components and put them together exactly how you want.

In this guide, I'll be taking you through step-by-step on how to do just that. From picking the right components to installing them in your case, by the time we're done you'll know everything there is to know about how to build a PC that's great for gaming and personal computing alike. Let's begin!

Click the links below and we'll be on our way, but if you need some extra help picking and buying your chosen components, then read on down for our in-depth prep guide.

Where can I buy PC components?

Before we get started, let's take a look at where you can actually buy said components in the first place, because if you've only ever bought complete systems before, then you may need to peruse some different kinds of retailers to what you're used to.

Amazon, both in the UK and US, can be a good source for potential PC builders, but it's worth checking more specific PC manufacturer sites as well, a few of which I've outlined below. You could also, heavens forbid, visit a real life bricks-and-mortar store if there happen to be any left in your general vicinity (RIP Maplin), but you'll probably be buying most of your PC bits online.

What PC components do I need and what should I buy?

All right, get your checklists at the ready, because here comes a list of everything you need in order to build your brand-new gaming PC:

There are also some optional bits you might need, such as a Wi-Fi card if your PC isn't going to be anywhere near an Ethernet port (and if your motherboard doesn't already have integrated Wi-Fi), extra fans depending on how many are in your case already, and maybe some cable ties for keeping everything nice and tidy once you've finished connecting everything up, but we'll start with the basics listed above first before delving into how to fit any extra additions you might have in mind.

You will also need a monitor of some description, so if you haven't got one already, then head on over to our best gaming monitor list for everything you need to know about picking the perfect display for your new PC. The same goes for your mouse and keyboard. We'll have some top mouse recommendations for you shortly, but in the meantime, check out our best gaming keyboard article. 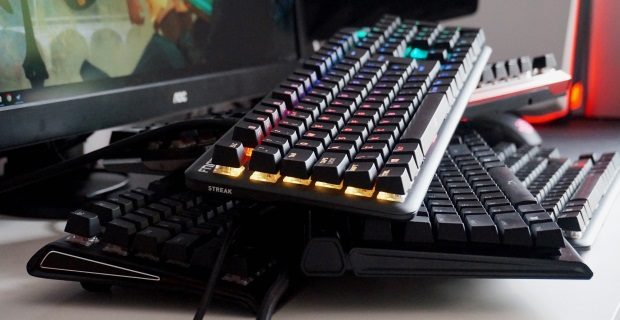 So many peripherals, so little time...

As for precisely which components you should buy, there are a couple of things to consider before you start stacking up that checkout basket.

First, you need to decide whether you're going to build an Intel-based PC or an AMD one. This will determine what kind of motherboard you need - see our handy motherboard / CPU combo guide for more on this subject - as well as whether you need to buy a third-party cooler. AMD's second generation Ryzen+ CPUs, for instance, all come with relatively decent coolers in the box, whereas Intel's 8th Gen Coffee Lake processors do not.

Your CPU might also affect the kind of case you want as well. If you're planning on overclocking your CPU, for instance, you'll probably want a case that comes with several fans pre-installed or enough room for you to install additional cooling measures, such as a water cooler, later on.

On the whole, though, I'd imagine most first-time builders will want a mid-tower PC case for an ATX-sized motherboard. Also, for the love of all that is holy, get one with sides that are easy to take off and put back on again, because you're probably going to be doing that a lot. Also also, make sure there's enough room to stick your graphics card inside it, because sometimes cases have fixed storage bay cages that get in the way. 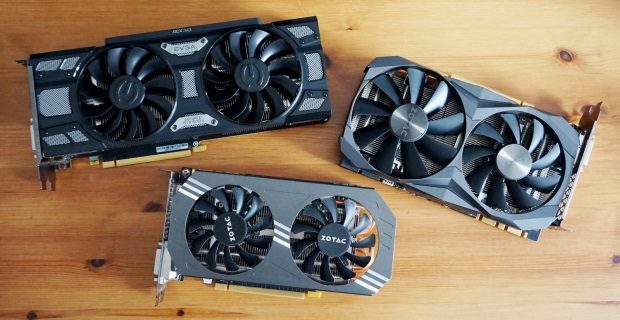 As for choosing your RAM, graphics card and storage options, might I humbly suggest starting with our very own guides to the best graphics cards, SSDs, and DDR4 ram? Again, your choices will depend very much on the type of PC you want to build, but you should find all of our guides are split into (hopefully) helpful segments that target specific aims and budgets.

Finding the right power supply is a little easier. Essentially, you need one that's beefy enough to power all of your chosen components. If it can't deliver enough wattage, your PC may crash or become unstable. This is particularly important if you're planning on getting a powerful graphics card.

Personally, I've never had a problem with power supplies in the 550-650W ballpark for single GPU systems, but if you're thinking about building a PC with more than one graphics card in it then you may need something in the 800-1000W area. I'd also recommend getting a modular power supply, because then you don't have to deal with excess power cables clogging up your case at the end of it. Instead, you can just leave the ones you don't need in the box and keep everything nice and neat.

Another thing to look out for is whether your intended power supply has an 80 Plus rating. This means it's at least 80% energy efficient at low, medium and high loads, and produces less excess heat to help keep running costs down. There are multiple different types of 80 Plus rating, going from the standard 80 Plus all the way up to 80 Plus Platinum, but it's worth paying extra for it if you don't want your electricity bill going through the roof. 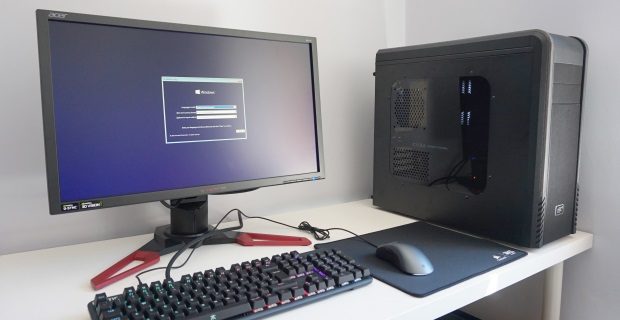 Don't forget you also need an operating system! Personally, I'm very fond of Windows 10, but I understand that some people may prefer to stick with Windows 7 because it's what people like and everyone hates Windows 8 and 8.1. Whatever you choose, you'll need to buy a licence/product code/activation key or whatever you want to call it, preferably on a USB stick so you can boot from it. You can get one here direct from Microsoft if you're in the US or here for those in the UK. If you can't find one on a USB stick, you'll have to make do with a digital code and put it on a USB stick yourself. Don't worry, though - all this and more is covered in the guide links above.

Finally, you'll need a crosshead screwdriver for securing everything in place, such as certain bits of your case if it doesn't have thumb screws, as well as your motherboard and storage options.

You may also want to invest in some thermal paste, too. This is applied to the up (non-pin) side of your CPU to allow efficient heat transfer between your processor and your cooler, which goes on top - the thermal paste acting like a kind of sandwich filling between the two. Some coolers, such as those that come with a proper retail processor, may already have a layer pre-applied, but it's always handy to have in case you want to swap your cooler for another one at a later date.