Microsoft Flight Simulator’s claim that it has the whole world all wrapped up in its terabytes was always going to provoke interesting challenges, and it passed one Reddit user's test with flying colours. He took his plane to Napa Valley where the default Windows XP wallpaper, known as "Bliss", was taken. His flight plan panned out perfectly.

Reddit user "rockin_gamer" is the real genius, here. His fancy flying found the area, and he used the in-game screenshot tools to match the wallpaper. Here's what his screenshot looks like.

I was inspired to see it for myself. I strapped myself into my trusty Icon A5 and flew on over there from the nearby Sonoma Skypark. I didn't find it. So I cheated. Brilliantly, you can simply put the latitude and longitude coordinates into Flight Sim's search bar on the world map, and it'll take you to that location. If you have the game and want some XP, just cut and paste this in: 38.248966, -122.410269. It'll set a custom location for you. I did that and took the header image of this story, using the game's showcase camera. It won't be seen by billions, but it was a fun way to play the game.

Now I want to do more. Are there any more iconic places you'd like to see? Not typical tourist traps or obvious areas. Something known but at the same time somewhere you'd be unable or unlikely to visit. For example, I just had a look at "Fallingwater" by Frank Lloyd Wright. It has not made the transition to Flight Sim intact. It's missing a certain artistry. 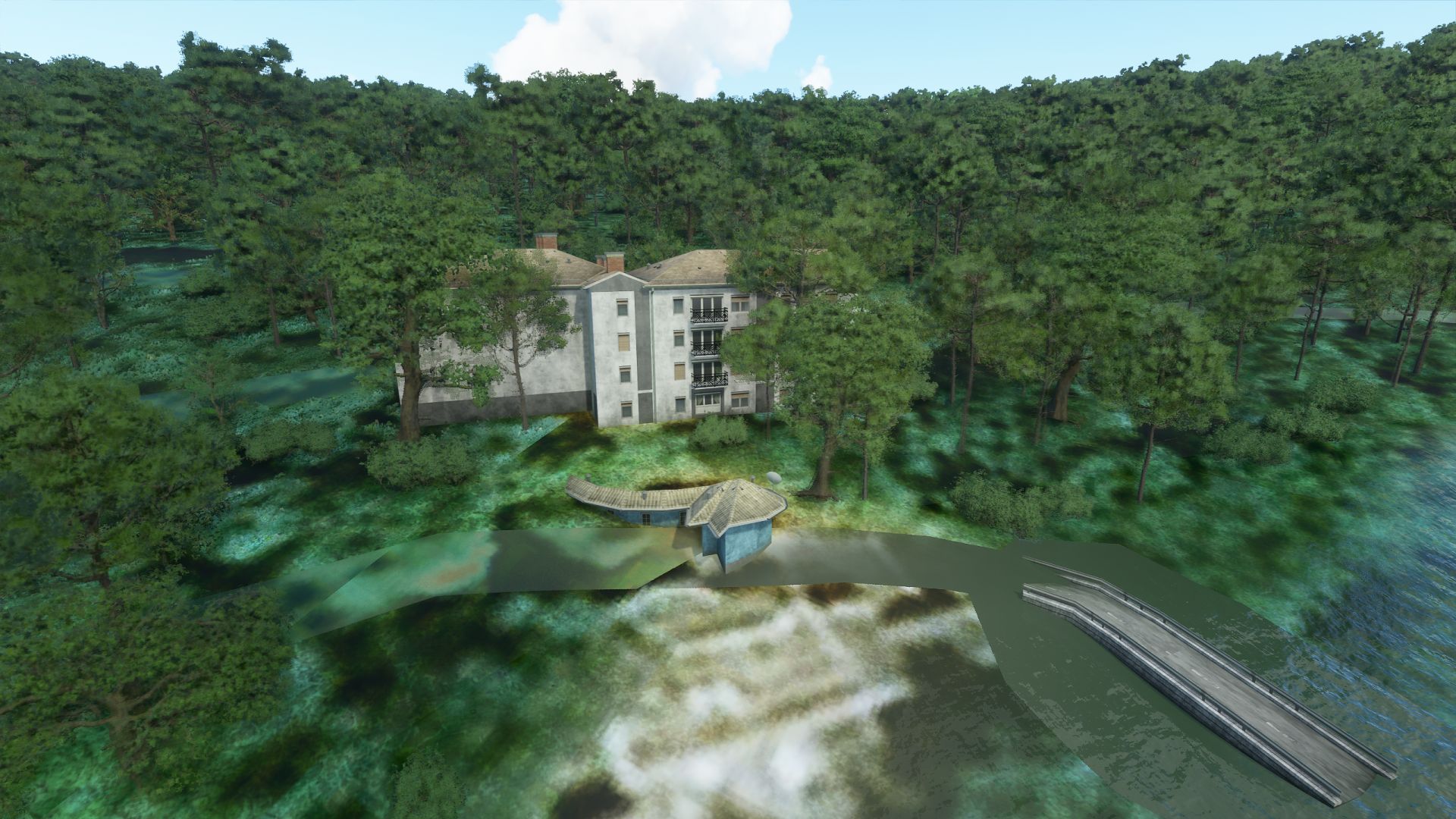 Stick your ideas in the comments. I'll pick a few and let you know what's out there.