By far one of the best hardware announcements to come out of last year's Gamescom was HP's ear-cooling Omen Mindframe headset. The name was just pure, unbridled brilliance, and its chilly, sweat-blasting thermoelectric ear cups were novel and worked surprisingly well in practice, even if its suspension-style headband didn't quite hold up comfort-wise once I got one in for review. Now, the Mindframe is back for a second generation. Enter the HP Omen Mindframe Prime, the new king of gaming headset naming conventions and our latest contender for the best thing to come out of Gamescom 2019 - including the rest of HP's new hardware announcements, like their Omen X 27 monitor, Pavilion Gaming 15 laptop and pair of keyboards. Read on below for details on all of them.

The biggest improvement HP have made to the Mindframe Prime is its flip-down microphone. I didn't have too much of a problem with the first one, in all honesty, but the Prime's new mic now comes with Xear environmental noise cancellation support to help cut down on ambient background noise. It does this by using two internal microphones to listen for common sounds up to 40dB. If they both identify the same noise, it gets cut out, which should hopefully make your voice sound a lot clearer and less hissy for your online gaming mates.

HP have also added a new heat spreader to the Mindframe Prime's ear cups to help push heat even further away from your skin (which will hopefully make the outer ear cups less hot to the touch, too), as well as altering their shape slightly from round to oval to make them more comfortable. They've also spruced up their HP Omen Command Centre software to give you more customisation options, too, including various EQ settings and personalised profiles, the option to turn its 7.1 virtual surround sound on or off (before it was just on by default and there was no way to disable it), plus all the usual lighting and cooling settings you had on the old Mindframe. All in all, it sounds like a lot of complaints have been addressed here, and I look forward to testing it myself once review samples are available next month. 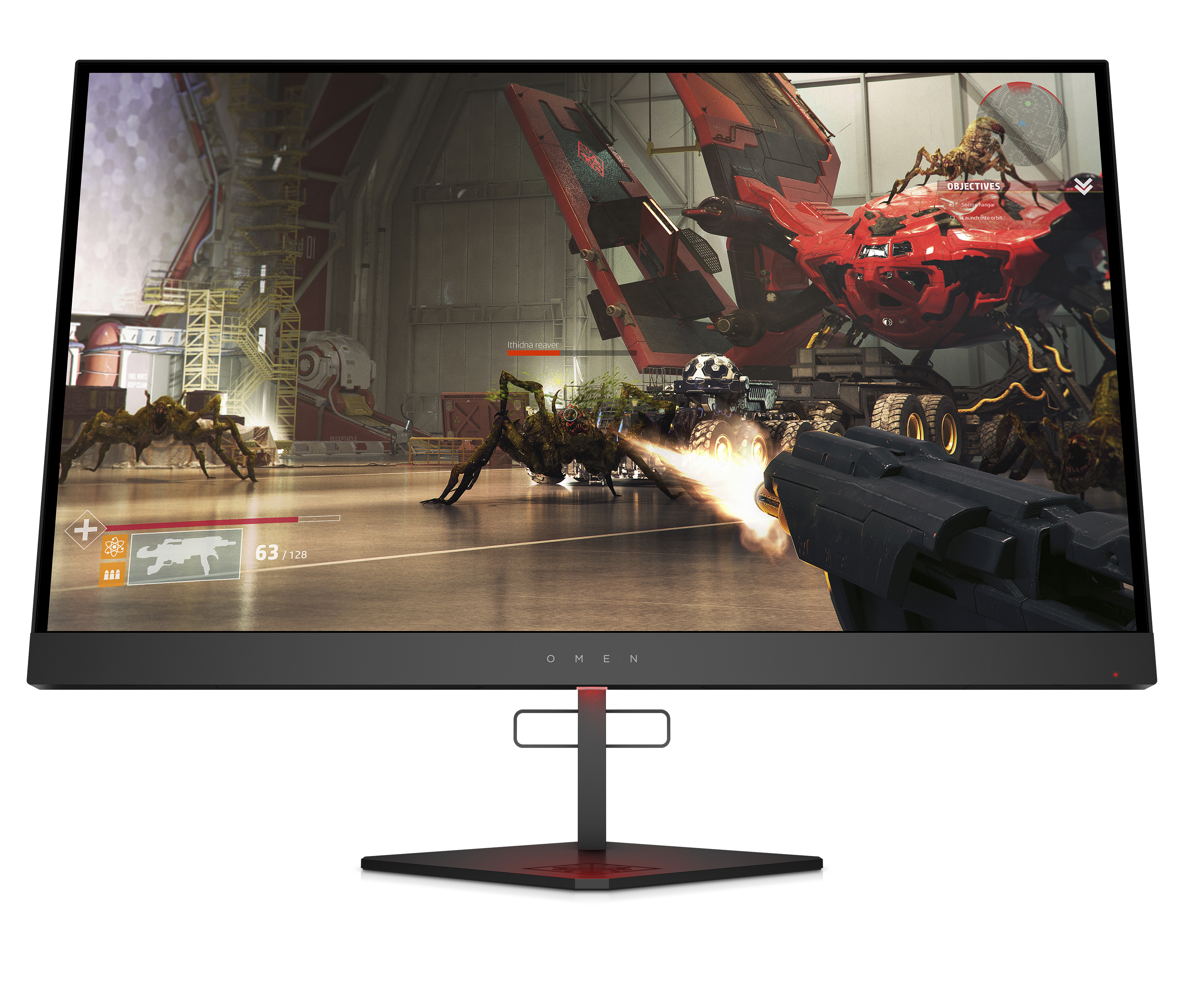 The Mindframe Prime isn't the only new thing HP have announced today, though. There are also a bunch of new displays - the 1440p, FreeSync 2 HDR-enabled Omen X 27 (see above) being the main headline act - as well as their first gaming laptop with an AMD CPU inside it, the Pavilion Gaming 15. Starting with the monitors, the $650 Omen X 27 looks pretty swish with its three-sided micro-edge bezels and minuscule height-adjustable stand, and its TN panel is supposedly meant to cover at least 90% of the HDR-grade DCI-P3 colour gamut, too.

I'll be impressed if that holds up in practice, as TN panels aren't generally known for their top notch image quality. That said, I'm not really holding out much hope for its general HDR wow-factor chops, as HP have said its peak brightness will only reach 400cd/m2 when its HDR is switched on (and 300cd/m2 with it switched off). That's not much brighter than a lot of regular gaming displays, really, but even if its HDR doesn't end up being much cop, I'd imagine its 240Hz refresh rate will still make it an attractive offering when it launches in September, especially when paired with its 2560x1440 resolution.

For those after something a little less flashy, there's also the new HP 24X and 22X gaming displays (see below), which both come out later this month. The 22X (left) is, as its name implies, a 22in screen with a 1920x1080 resolution, and it also comes with a 144Hz refresh rate and AMD FreeSync support. The 24X (right), meanwhile, is a 24in, 1080p, 144Hz FreeSync screen, only this one is G-Sync Compatible like its 2018 predecessor so you can still get the benefit of its tear-free gaming tech regardless of what type of graphics card you've got. It's also got a height-adjustable stand, making it more flexible than its fixed smaller sibling.

Then there's the Pavilion Gaming 15 laptop, which is HP's first such laptop to have an AMD processor sitting at the heart of it. Aimed at those who need something for both work and play, the Pavilion Gaming 15 is going to come with up to an Nvidia GTX 1660 Ti Max-Q graphics chip in it, up to 1TB of PCIe SSD storage, plus 60Hz and 144Hz 1920x1080 display options.

As you can see in the picture below, it's still quite angular and gamery looking for what's meant to be a work-friendly laptop, but at least it's only got a small HP logo when you open it up instead of a giant Omen X one. Its keyboard only has a plain green backlight, too, rather than a rainbow-infused RGB one, so here's hoping its gaming performance and screen quality will be up to snuff to make it an attractive budget alternative to those after a gaming machine on the go. 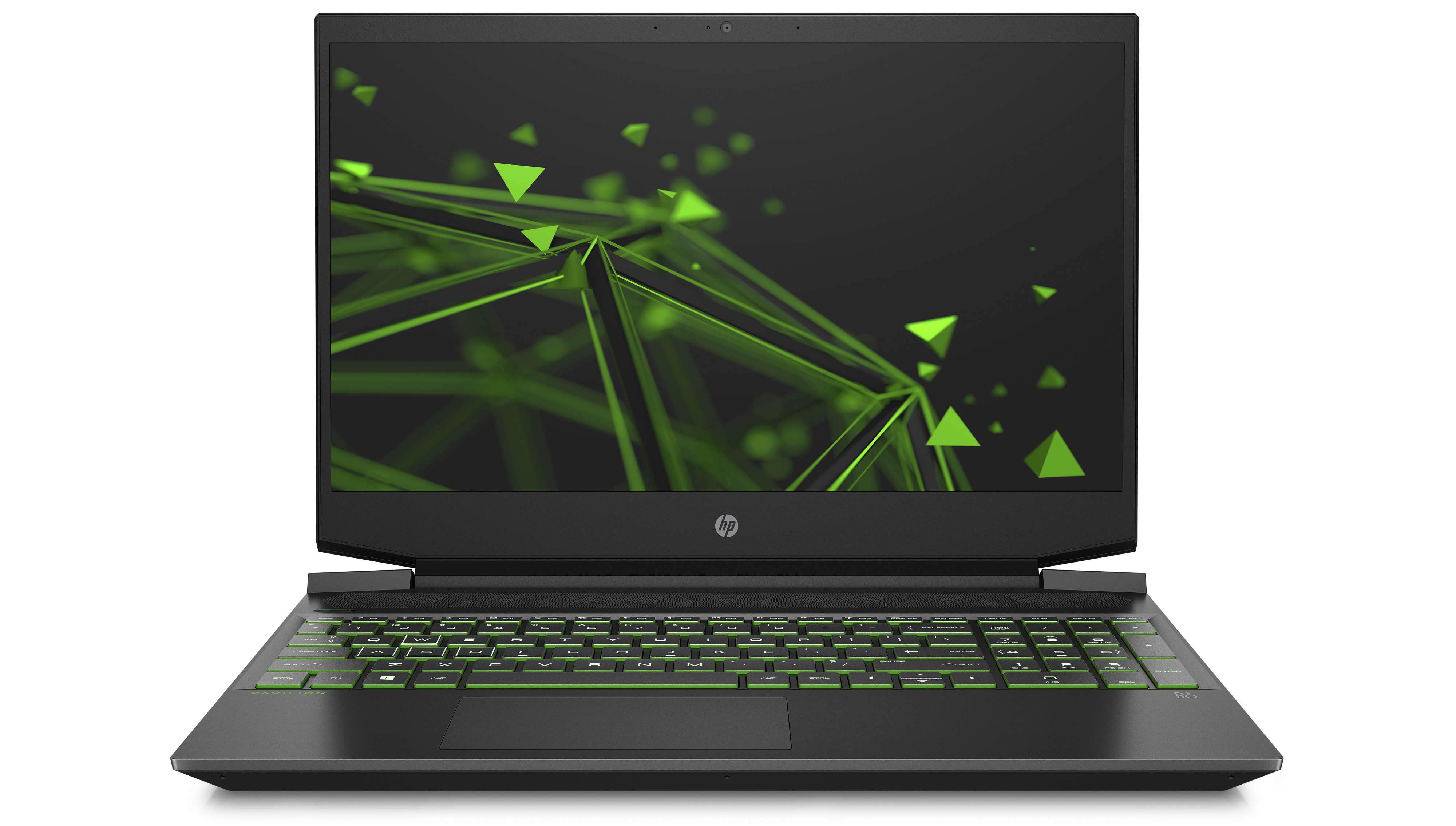 Admittedly, it's not yet clear what the top spec will cost yet, but the entry-level one is set to go on sale for $700 later this month. That one will only have a 3GB GTX 1050 chip inside it, all told, but fingers crossed its top GTX 1660 Ti model will still come in under $1000.

And to round things off, HP have also got two new gaming keyboards in the offing, too. First is the Omen Encoder (another brilliant name, if you ask me), which will come with Cherry MX red and brown switches when it launches for $100 in October, and the second is the Pavilion Gaming 800, which is available now for $80, but only has non-descript "red mechanical" switches, according to HP. It does, however, come with a 3.5mm headset jack, as well as dedicated media keys.

As usual, I'll do my best to get all of these tested and reviewed in the coming months as and when samples are available, so check back soon for my official verdict.