The other game about hunting monsters, Hunt: Showdown, is currently holding a free trial weekend inviting all and sundry to trudge through swamp while fending off beasties and their fellow hunters. Having spent yesterday evening in a river, weekend swamptime sounds just the ticket. I've heard promising things about Hunt but been waiting until it properly launched before diving it but... ah, gwan, I'll install this. The trial ends on Sunday evening, so get your swampskates on if you too are curious about Crytek's PvPvE supernatural FPS.

Hunt: Showdown sends five squads of two hunters (or one Jonah Loner) out into the swamp to find a big bad boss monster, off it, then escape with the bounty. The level is open and filled with NPC monsters, who'll we'll need to sneak past or whack to find hints to boss's location. Find 'em, kill 'em, then hang around their corpse while a ritual converts their Hellbound heart into handy "I killed this monster" badges for you and your pal to take home and cash in.

Complicating this is the fact that the other hunters can--and will--bump into you at any point, especially during the wait for a banishing ritual, as opponents far cannier than any NPC monster. You might want to take it slow and careful, as Fraser Brown explained after he played it in March:

"Some players will run up to every nearby enemy and take them out with a knife, others are more trigger happy, but I try to avoid conflict for as long as possible. Hunt: Showdown has a lot of tricks to catch out sneakier players, though. Everything you do makes noise, whether it's crawling through the undergrowth or walking on wooden floorboards, but that can be mitigated by going as slowly as possible. What you’ve really got to watch out for are the animals.

"Crows scatter and shriek when you approach, dogs bark and snarl, and seemingly dead horses raise their heads and make an ungodly racket. The equine alarm systems are probably the most nightmarish things in Hunt: Showdown. Stopping the alarm is worse, of course, because you have to murder a horse. During one contract, my partner stumbled upon one such horse and then tried to take it out with the butt of his gun. Hunter animations normally leave a lot to be desired, but as he slowly beat this horse to death, it looked far too real."

Right, yes, beating a horse to death is a thing too.

I've heard performance was a problem for the initial early access release, and one Crytek have tried to address, so it'll be good to try it myself. Plus I want that swamp experience, of course. 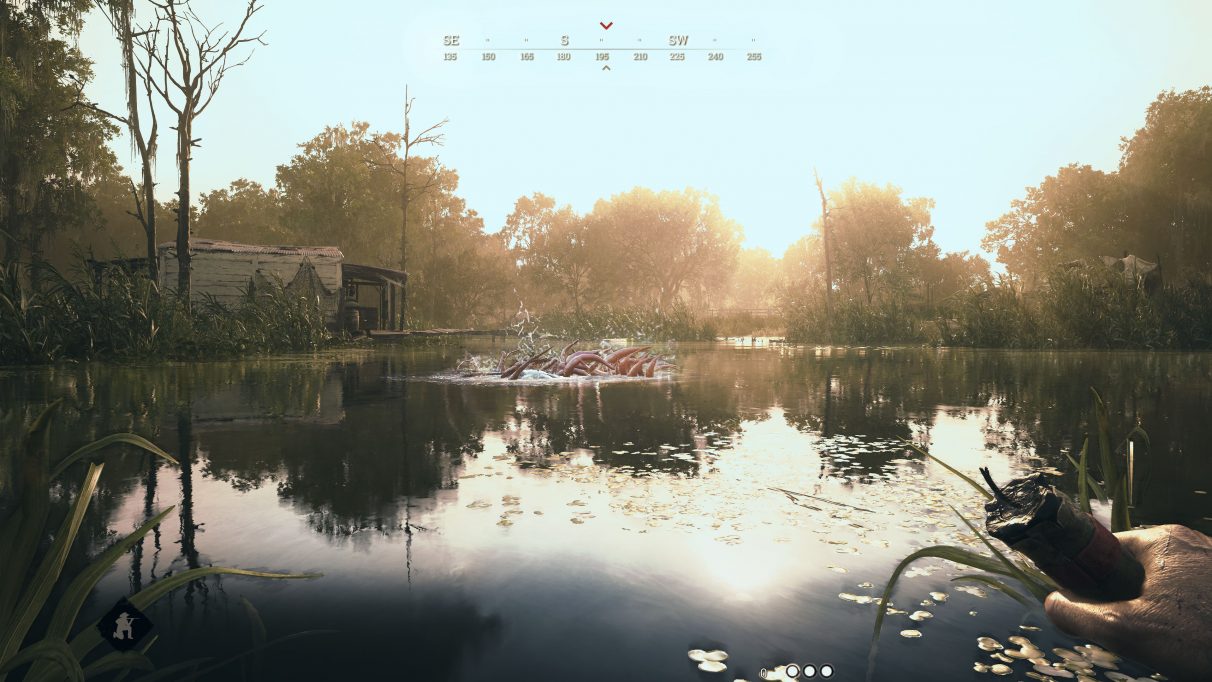