Ubisoft's fast-paced battle royale Hyper Scape launches its second season today. It's your standard sort of update for a game of this genre: they're adding in a new weapon, new abilities, some limited-time game modes, and other fun bits and pieces. And yet, considering this is a fairly big deal for the game, it just doesn't feel very… exciting, does it?

Despite being a pretty interesting take on the genre, something about Hyper Scape just doesn't quite click. You know it, I know it, and the devs know it, too. Just last week, they said they felt they didn't "achieve the high potential" they set for themselves, or meet the "high expectations" of its players.

Now, they plan on revamping the game to try and reach its "full potential" by working on its difficult aiming and skill ceiling, onboarding for new players, cross-platform multiplayer, variety of game modes, and perhaps most importantly, "player goals" (read: reasons for people to stick with Hyper Scape and not abandon it for something else).

With today's launch of Season 2, it seems the focus for now is those new different game modes. According to the patch notes, Hyper Scape will be getting some new limited-time modes throughout the season, though, annoyingly, they don't actually mention what all of those will be. They do, however, say that there's a new limited-time "Hack" (their word for "ability"), which allows players to deploy a small platform in mid-air near them. This will likely be pretty useful in the upcoming Floor Is Lava mode, which will appear later in the season.

Hyper Scape is also bringing back its Magnet Hack, and adding a new sticky explosive-firing auto-rifle as well as a new Infinite Slide in-game event. As the name implies, it will make your slides pretty much last forever. Not sure what the point of that one is, but it sounds fun, at least. 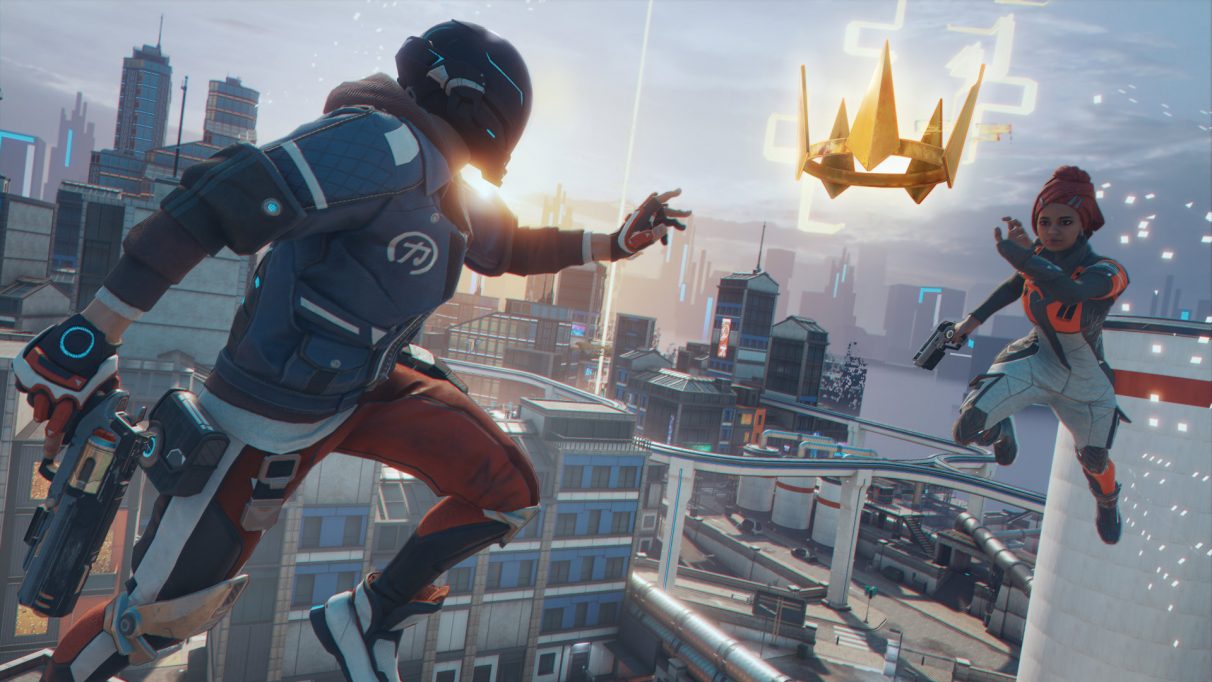 There's more info in those patch notes, but it's changes to playlists and small balance tweaks, mostly. Not really the biggest or boldest start to this overhaul, then.

It feels strange to write a post about Hyper Scape like this, when this morning I wrote about a similar update for Apex Legends. These games are tethered by their free-to-play battle royale label, and yet they're so vastly different. How has Hyper Scape fallen so far behind?

I think Apex, and Fornite and Warzone for that matter, just have more reasons for players to stick around. They have more fun ways for players to progress, and that's exactly what Hyper Scape needs. Battle passes are all very well and good, but give me more challenges and fun ways to level them up! Give me missions! More lore! More things to make players think about Hyper Scape even when they're not playing it.

Matt (RPS in peace) had a really good time with Hyper Scape. He wrote about how it's "so fast and so different, and so very much worth playing" - and I agree! It just needs something more to make you keep playing.